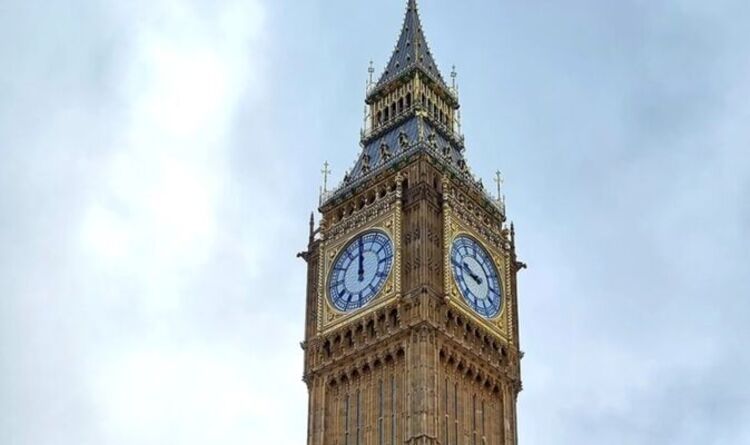 After five years and tens of millions of pounds, work on the Elizabeth Tower is finally coming to an end. The clock tower holding Big Ben can now be seen – and, of course, judged – by Londoners, along with much of the tower itself.

The initial response has, unsurprisingly, been varied, with Britons taking to social media to share their thoughts.

Tory MP Jo Gideon shared a picture of the scaffold-free tower, noting: “Great to see the scaffolding finally coming down on the Elizabeth Tower and looking magnificent.”

Twitter user Simon Eardley added: “Impressed by the works to restore the Elizabeth Tower at the Houses of Parliament which was looking particularly fine in the spring sunshine [today].”

Others were rather less complimentary.

Rob Boyd said: “I don’t like the enhancements to Big Ben.

“The ‘spray paint’ gold [around the clock face] has turned it from a Rolex into a Timex.”

Lee Hurst added the renovation was a “waste of money”.

The cost of the work appears to have caused more insult than the new look itself, coming in at an incredible £80million.

It is understood the rising cost was incurred due to delays and the uncovering of extensive damage from Nazi bombing in the Second World War.

To mark the unveiling of the Elizabeth Tower’s renovation, HS Sauce has removed the scaffolding from the tower in its logo.

The sauce brand made the addition in 2019.

The clock hands and Roman numerals on the have been turned blue from black.

Trooping the Colour: Two hospitalised as ‘stand collapses’ at rehearsal