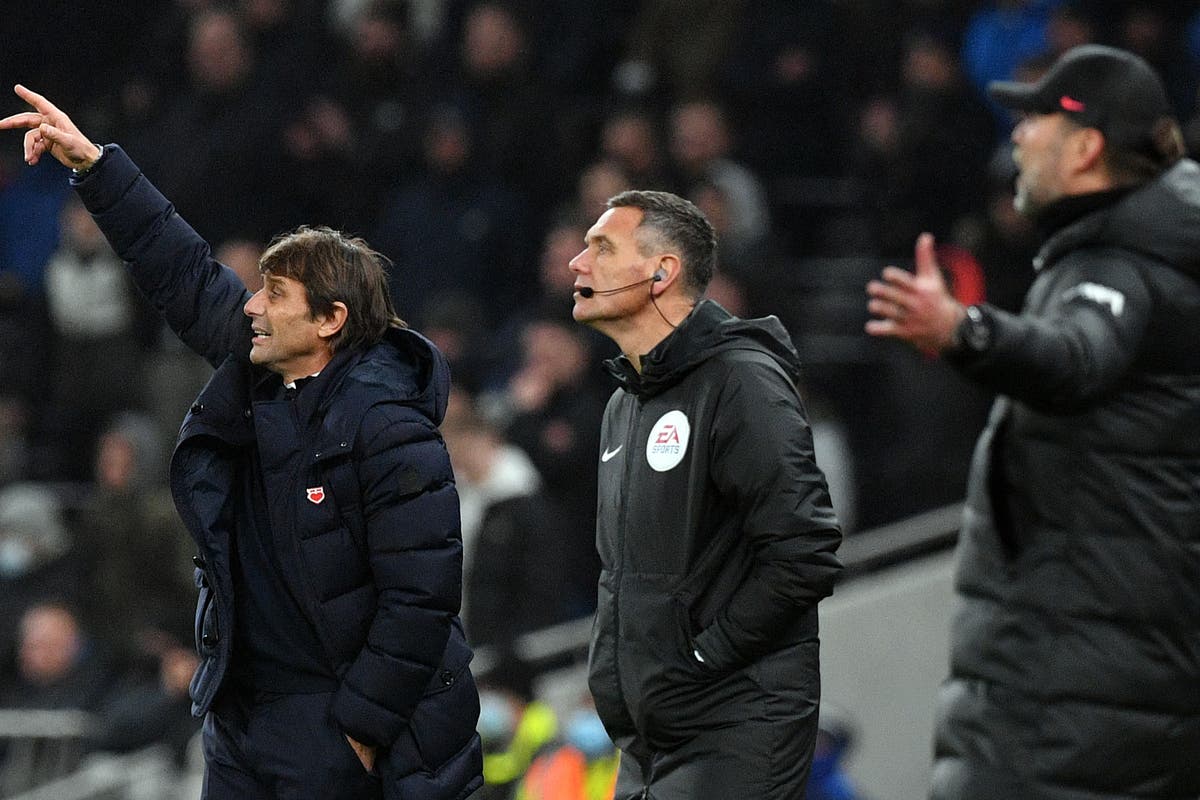 While Spurs were brought crashing back down to earth with a loss at home to Brighton to keep the top four battle between them, Arsenal and Manchester United on, few would doubt the level of Conte’s impact.

As it stands, they still lead the race to qualify for next season’s Champions League, a remarkable feat given the situation Conte walked into when he replaced Nuno Espirito Santo in October.

Tottenham are still to travel to Anfield in the reverse of December’s pulsating 2-2 draw in north London, a game both sides will need to win.

Considering the events of the 2018/19 season during which both Liverpool and Manchester City won every game available to them in an era-defining title race, many are expecting a similar end to the season this time around, although Klopp was keen to stress that will not be easy.

Speaking ahead of Liverpool’s game with Manchester United on Tuesday, Klopp said: “If you are [fifth] in the Premier League it means you are a quality side.

“Because with all the opponents you have, it’s madness how consistent you have to be to get somehow close to that area. You see Tottenham flying in the moment and then get a little drop [at the weekend], but the quality they have is incredible”