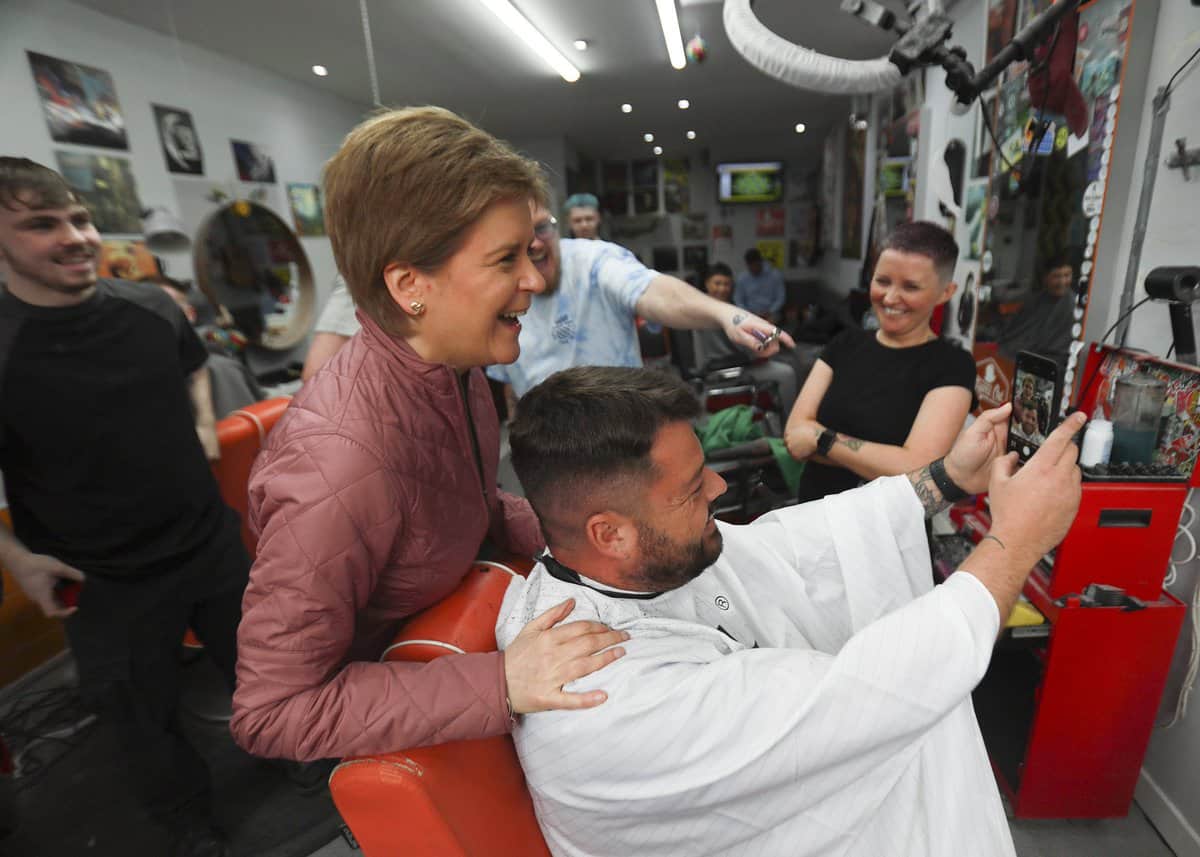 It seems that breaches of COVID-19 laws aren’t just limited to 10 Downing Street, then. SNP leader and Scotland’s First Minister, Nicola Sturgeon, has been caught on camera flouting the legal requirement to wear a face-mask indoors.

In what has been described as a ‘momentary slip’ by her party, Sturgeon attended a barber shop in East Kilbride over the Easter Weekend. During the photo-op, she was invited to use some of the equipment, prompting some jovial exchanges.

However, more footage has emerged from the event, when Nicola Sturgeon was seen posing for photos without her mask on. The cruel irony for the senior politician is that the mandate for indoor face coverings in Scotland actually ends TOMORROW, on Easter Monday.

That wouldn’t be Nicola Sturgeon breaking the current facemask rules today, would it? pic.twitter.com/e3jgcBIlWu

Of course, the scale of this legal breach doesn’t quite match the criminality witnessed south of the border.

But those who set the rules are extremely vulnerable to criticism when they’re caught failing to practice what they preach – something the Scottish Conservative Party has been keen to point out.

“”The video clearly shows Nicola Sturgeon isn’t practicing what she preaches on facemasks. She’s happy virtue signalling for official photos but behind closed doors it’s clear she doesn’t believe in her own rules so why should anyone else.

“The public, who have been under these legal Covid restrictions for over two years, deserve an apology for this rule break.”

The SNP has since shared its reaction to the video, and they reasoned that Nicola Sturgeon ‘realised within seconds’ that her face-mask wasn’t on. Amid the political point-scoring, the police have now officially received a report on the matter.

“The First Minister was invited into the barbers during an outdoor visit on the street. Within a few seconds, she realised she hadn’t put her mask back on and immediately put it on.”

Boy, 12, in coma after ‘freak accident’ as heartbroken family stay by bedside

London girl, 18, dying of cancer had to say goodbye to family on Zoom while Boris Johnson partied