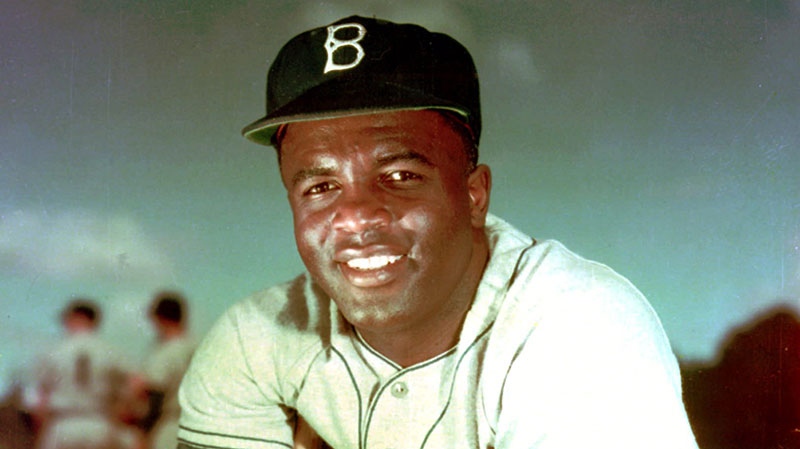 The history of Black baseball players in Canada will get a little more exposure when the Canadian Baseball Hall of Fame and Museum (CBHOF) hosts a display at the Rogers Centre.

When the Blue Jays play the Oakland A’s Friday night on the 75th anniversary of Jackie Robinson breaking the MLB colour barrier, the CBHOF will have a place on the 100 level of the concourse to show off some artifacts and history relating to trailblazing Canadian Baseball Players.

Jackie Robinson Day honours the legend who made history in 1947 with the Brooklyn Dodgers, after playing in the minor leagues with the Montreal Royals.

Robinson’s stint with the Montreal Royals is part of a rich history of Black baseball players in Canada.

Seventy-Eight years before breaking the colour barrier, the London Nine were playing on the diamonds of London, Ont. in 1869.

William Galloway, who grew up in Dunnville, Ont., and played for the Woodstock Bains of the Class D Canadian League in 1899 to become the first Black Canadian to compete in organized baseball.

The Chatham Coloured All-Stars won the 1934 Ontario Championship, and Fred Thomas of Windsor, Ont. became the first Black player in the Eastern League (Class A) when he took the field for Cleveland’s Wilkes-Barre Barons farm team in 1948.

Fergie Jenkins of Chatham, Ont. debuted with the Philadelphia Phillies in 1965, and went onto a Hall of Fame career on both sides of the border.

Among the items on display Friday will be a replica jersey of the Chatham Coloured All-Stars won by the Toronto Blue Jays in 2001, Jackie Robinson #42 bases used in Toronto and Montreal, and Inductee cards of trailblazing 2021 Canadian Baseball Hall of Famers including Galloway and Thomas.