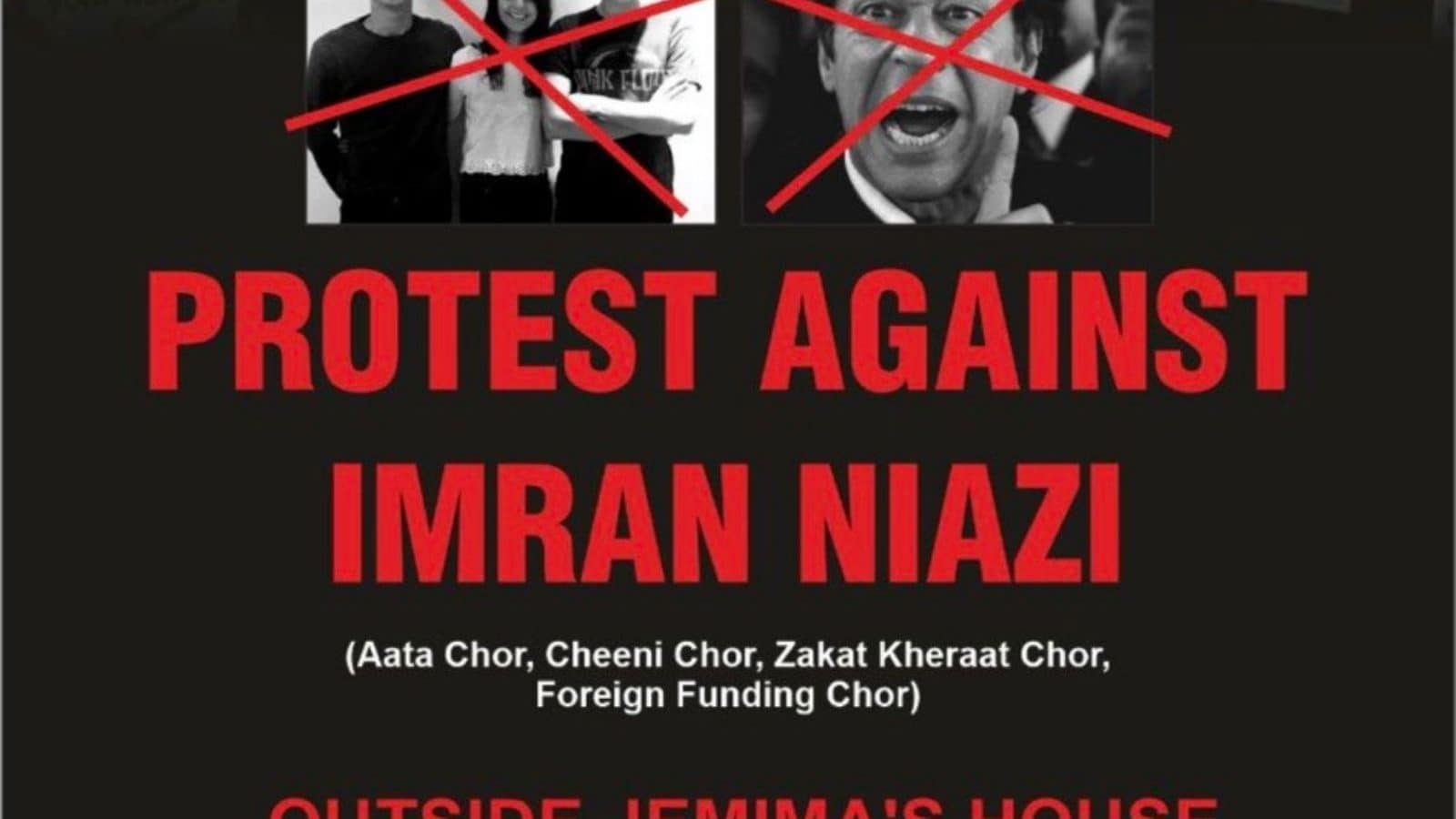 Former wife of Imran Khan, Jemima Goldsmith on Friday attacked Pakistan politicians targeting her and her children with antisemitic abuse on social media stating that it “reminds her of “90s Lahore” amid calls for protests against the ex-prime minister outside her house in London.

Goldsmith in a tweet referred to the time she spent as the PTI chairman’s wife with her in-laws in Lahore and posted a picture of planned protests outside her house called by former PML-N minister Abid Sher Ali. “Protests outside my house, targeting my children, antisemitic abuse on social media…. It’s almost like I’m back in 90s Lahore. #PuranaPakistan”.

Ali’s poster calling for protests in Goldsmith’s Richmond home was in response to the protests outside former prime minister Nawaz Sharif’s residence in Avenfield House by PTI party members. The PTI party workers and supporters planned demonstrations outside Avenfield House and Pakistan High Commission to protest the former premier Imran Khan’s ouster through the no-confidence move by the Opposition in the National Assembly. The protests turned violent after eggs and water bottles were thrown between PML-N and PTI activists and over 50 police officials separated the demonstrators from clashes, reported Geo.TV.

In a response to the journalist’s post on the matter, Goldsmith responded by stating the difference between the protests outside Sharif’s house and hers by the Pakistani parties is that she and her children are not involved with the country’s politics. “The difference is that I have got nothing to do with Pakistani politics and neither have my children. They are low- key private individuals who are not even on social media,” she said.

While Jemima Goldsmith has maintained a distance from Pakistan politics, her younger brother, UK Foreign Office Minister Lord Zac Goldsmith tweeted in support of Imran Khan, leading to the British government distancing itself from his stance saying that Goldsmith’s remarks did not represent the UK government’s position.

“Sad to see last night’s events in Pakistan. Imran Khan is a good and decent man, one of the least corruptible politicians on the world stage. I have no doubt he will be returned with a big majority in the upcoming elections,” Goldsmith tweeted.

Zac and Jemima Goldsmith’s brother Ben Goldsmith also announced support for Imran Khan on Twitter following Khan’s ouster. He said: “My brother-in-law @ImranKhanPTI is a good and honourable man, motivated only by a strong desire to do good for his country. His record as PM is exceptional, most of all on the biggest issue of our time: Pakistan under Imran is now a world leader on environmental restoration.”

The tweet was deleted after Goldsmith was accused of breaking the official protocol.

The London Muslim Mosque is looking for new art