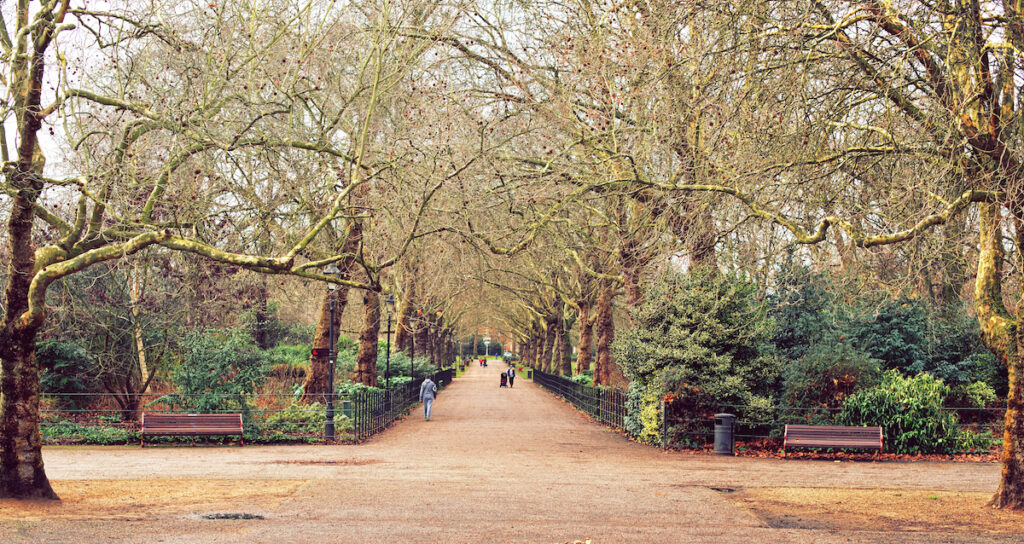 One thing’s for sure: London, the capital of the UK, is not short of green space. From the famous Kensington Palace Gardens, where the palace inside was home to Princess Diana up to her death in 1997, to the 790-acre Hampstead Heath in one of the most expensive areas of North London, the choice is limitless.

If it’s animals you’re after, head to London Zoo in Regents Park, one of the Royal Parks, or for a little maritime history, Greenwich Park in East London overlooks the River Thames where you can stand on the Meridian Line — the line that represents GMT, Greenwich Mean Time and straddles East and West Hemispheres. While you’re there, also head to the famous Cutty Sark. Nature lovers will surely love to head out to Richmond, where the 2,500-acre Richmond Park has three species of deer.

But where do the locals head to when they want some respite from the hustle and bustle of the city? Let’s take a look at some equally beautiful parks in London that locals love and would recommend.

Let’s start with parks south of the River Thames. Battersea Park is one of the first parks you come to as you cross the river either over Chelsea Bridge or the magnificently lit at night Albert Bridge in southwest London.

Created between 1854 and 1870, this 200-acre park offers a small children’s zoo, children’s adventure playground, a riverside promenade, rowing lakes, and sports facilities such as a running track. It’s not uncommon to see notable sports persons training here — away from the more popular parks. 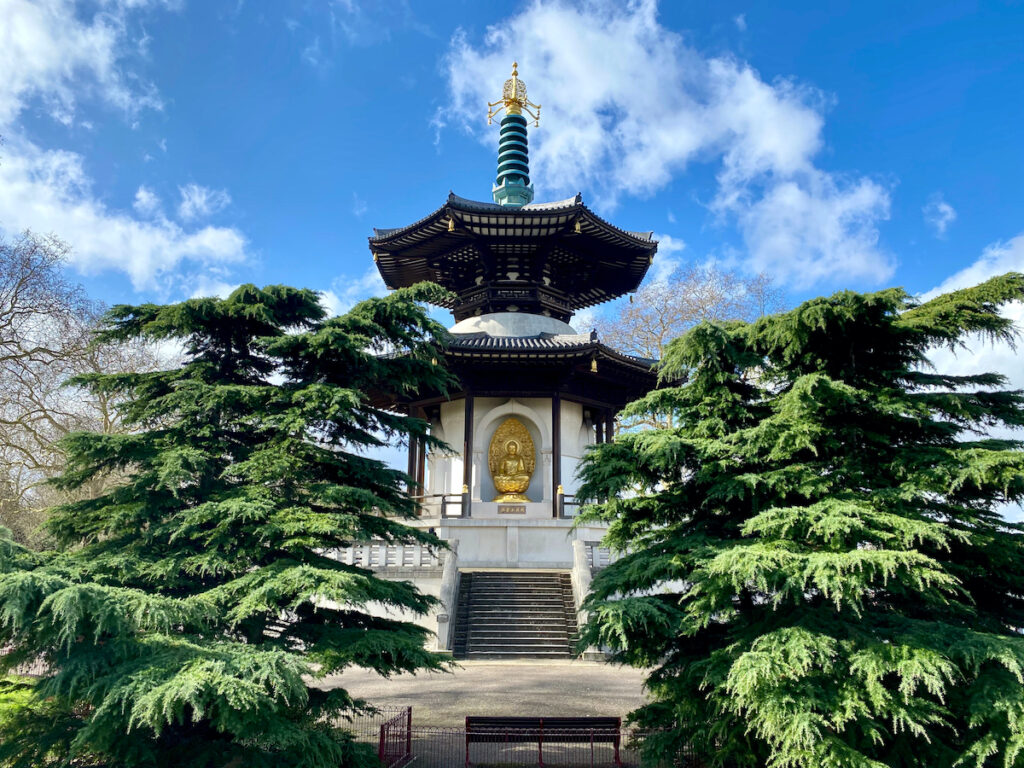 In 1984, the Japanese Peace Pagoda that stands in prime place overlooking the Thames and Chelsea Embankment was gifted to the park by the Venerable Nichidatsu Fuji. His aim was to build pagodas and gift them worldwide as shrines to peace.

Inside is a series of gilt-bronze statues which represent the most significant stages of the Buddha’s life and are highly revered.

The other notable feature of Battersea Park is its proximity to Battersea Power Station, a legendary landmark with its notable four marble chimney stacks which is now a large exhibition space with plenty of places to have lunch, dinner, or just walk around. 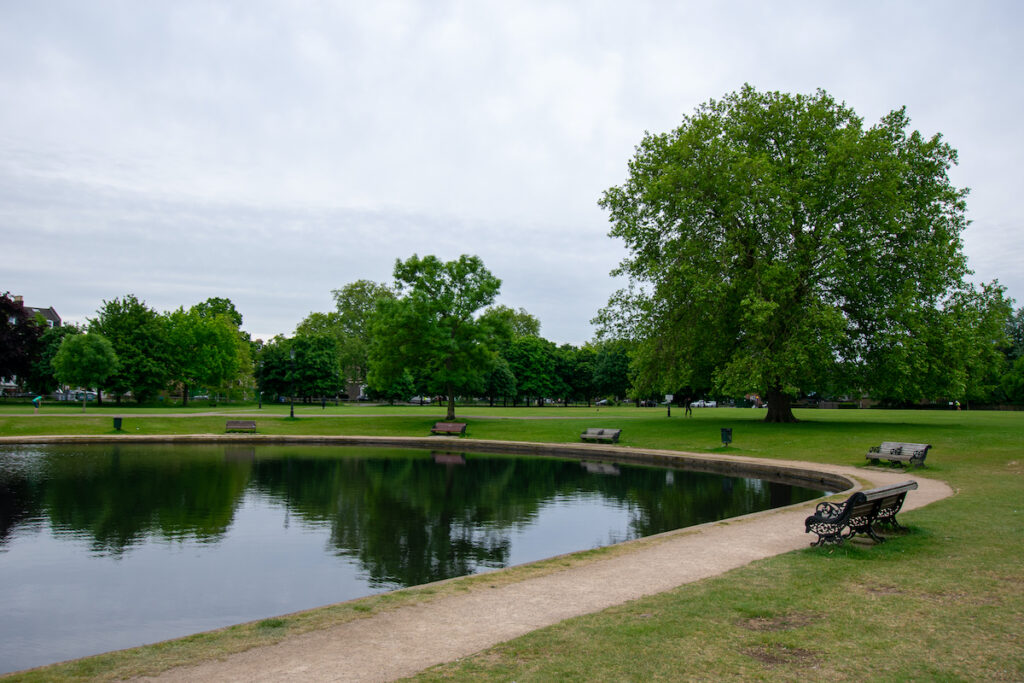 Heading further south, we come to the 220-acre park of Clapham Common. Converted to parkland in 1878, its predominantly open space has three ponds teaming with wildlife and boasts the largest bandstand in London, hosting several concerts in the spring and summer months.

Stop for a drink at one of the three cafes, or for the more sporty amongst you, head to one of the tennis courts for a round. If it’s just R and R you’re after, join the locals on a sunny day by spreading out your coat and relaxing on the grass.

Nestled in the south side of the common is the famous Windmill Pub. A landmark in the area, you can also stay in one of their 42 uniquely designed country boutique-style rooms and enjoy a delicious eclectic meal that showcases the best of British cuisine as you dine in their Solarium that lets in plenty of sunlight.

Nearest Stations: Clapham Common and Clapham South on the Northern Line of the London Underground. 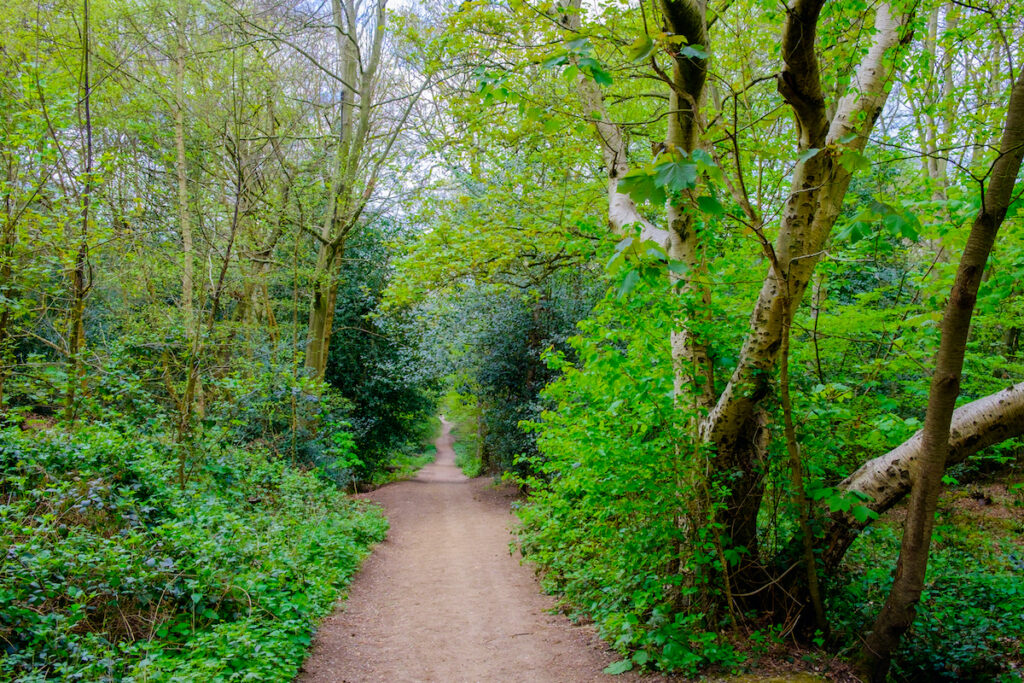 The London Borough of Wimbledon is not just famous for tennis and strawberries and cream in the summer. Wimbledon Common is one of the largest natural areas in South London. Its 1,140 acres offer cycling trails, dog walking paths, horse riding, and even a round of golf or two.

Those that followed British children’s television in the 1970s may be familiar with the TV series “The Wombles.” They were fictional, pointy-nosed furry creatures that lived in “burrows” on Wimbledon Common. Fans of The Wombles can try to seek out their imaginary homes as you walk the trails or head to the most iconic feature of Wimbledon Common — the Windmill. 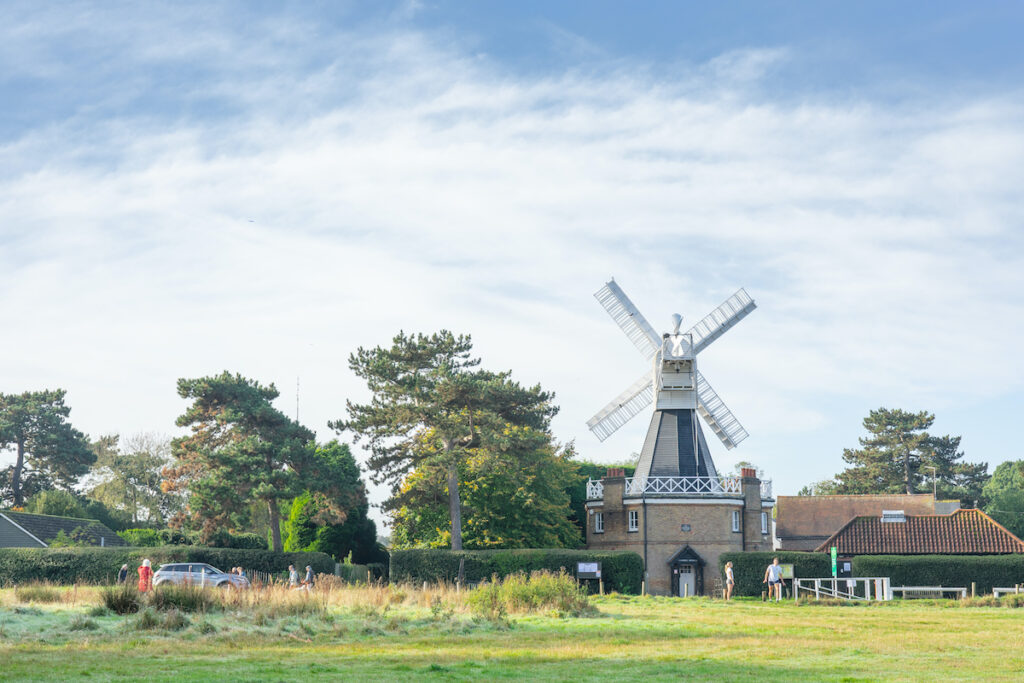 Built in 1817, it’s a hollow structure that mirrors those found in the Netherlands. Once a working grain windmill, then accommodation, it is now a free museum where you’ll find information about The Wombles, rural life back in the day, and local history.

Nearest Station: Wimbledon Overground station from London Victoria Station, or on the District Line of the London Underground. Then it’s a 6-minute taxi ride or the #9 bus from outside the station. 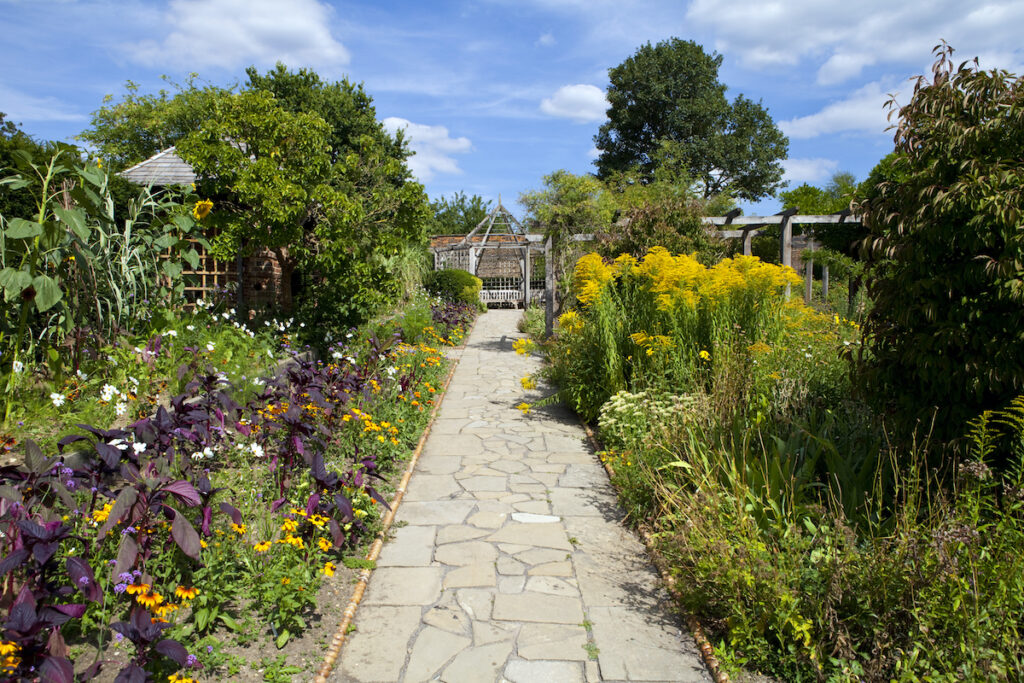 This 126-acre park in southeast London is a real go-to for the locals. Originally the private residence of a glass merchant, it was acquired in the late 19th century and made a public area in 1892.

As it was a private residence, Brockwell Park is blessed with several historic buildings such as Brockwell Hall, the Walled Gardens, many ponds, and a 19th-century clock tower.

Sports enthusiasts make use of the tennis and basketball courts, and youngsters cycle around the BMX track as well as enjoy the miniature railway that tugs through the park, which is maintained by the community. 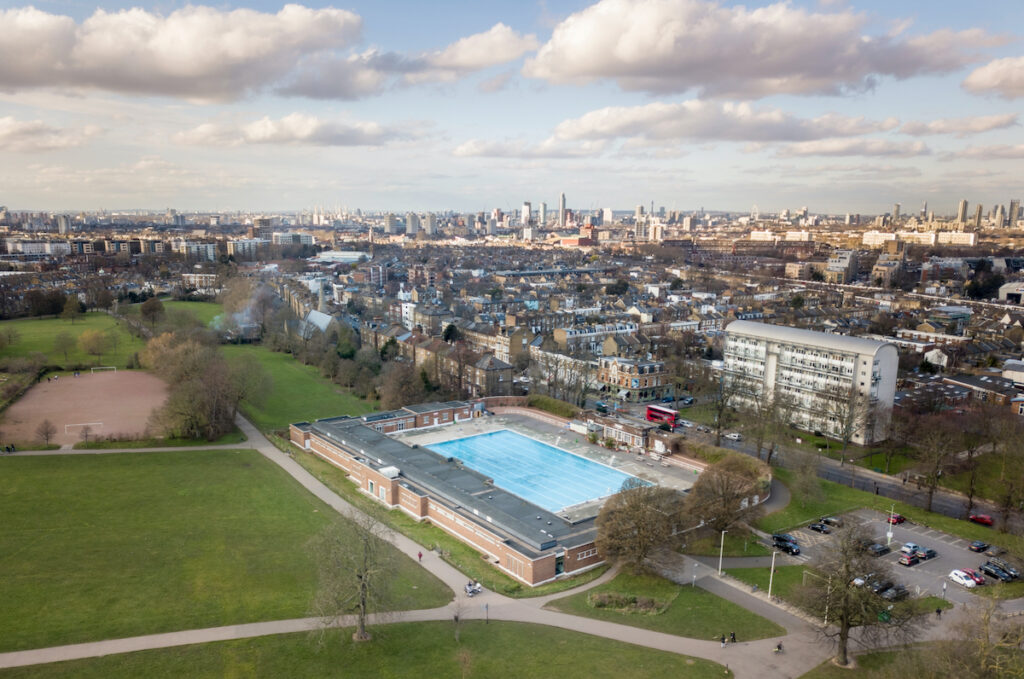 The best feature, however, is the open-air lido. Operating since 1937, the Brockwell Lido is a 50-meter outdoor pool with a hydrotherapy pool, classes such as yoga and pilates, plus a healthy cafe to relax after your dip. Of the many lidos around the city, Brockwell is reputed to be the best. 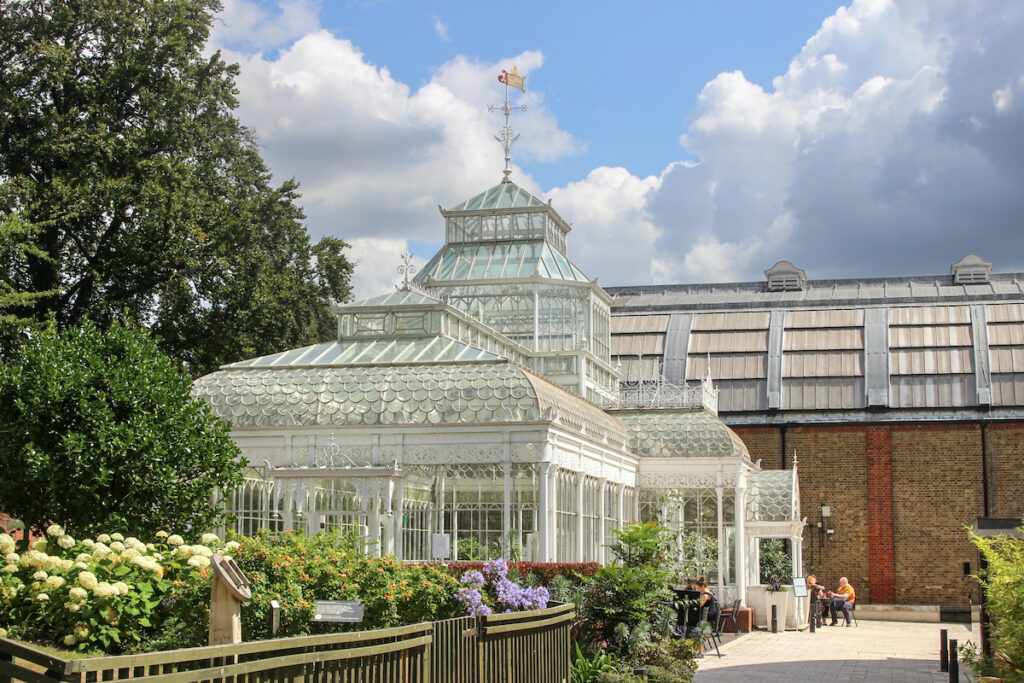 Now we look at something a little different. Horniman Gardens isn’t a huge expanse like many of the others cited here — yet it’s definitely worth a mention.

The Hornimans were a family who were tea merchants in the 1800s. Inside this 16-acre garden, you’ll find a small museum paying homage to the family and their collection from their worldwide travels, a conservatory, a restored bandstand, and pavilions that can now host school visits, conferences, and summer concerts.

There’s a butterfly house and “Animal Walk” with small farm animals such as sheep and goats. The bee and wildlife garden attracts different species of animals — yet locals go for the stunning views across London and all the way to Kent and the South Downs. It’s the perfect respite from a busy working week.

Nearest Station: Forest Hill Overground station in southeast London from London Bridge or London Victoria, then a 5-10 minute walk. The Garden is signposted from Exit 1 of the station. 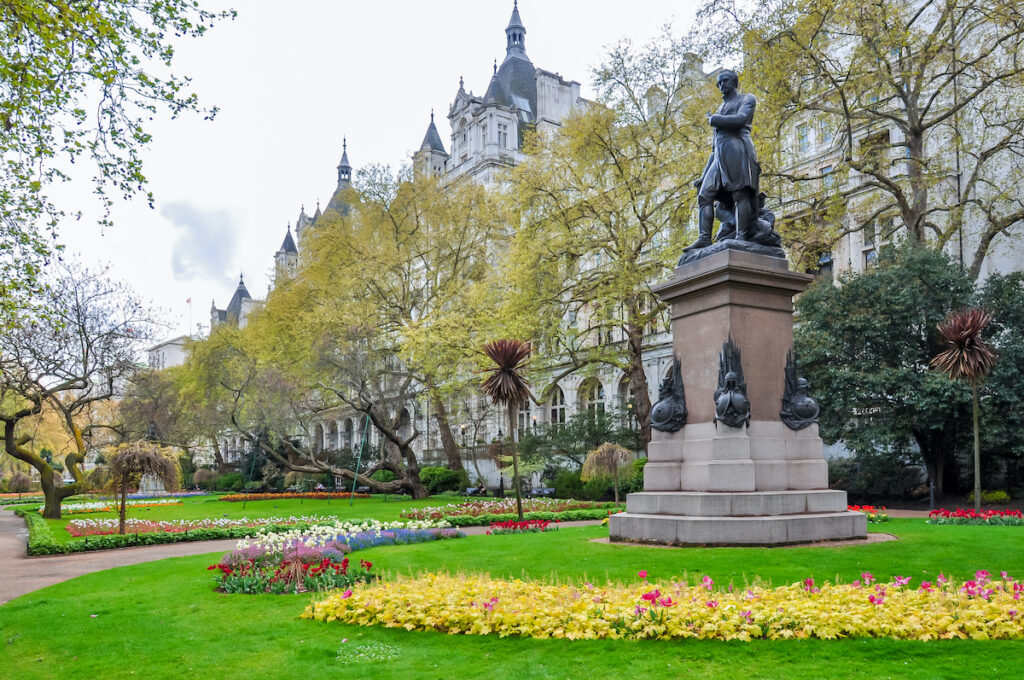 North of the river now — and located right on the River Thames with commanding views, between Blackfriars and Westminster bridges stretches Victoria Embankment Gardens.

As it’s right in central London, it’s not as large as the others mentioned here, but this small garden still has much to offer the visitor.

Not located near any residential area, many office workers come here on their lunch break to escape their desks and eat in nature.

Created in 1874, there are gravel paths that take you past the many flower beds, a tree-lined riverfront area, and a rather impressive stainless steel equatorial sundial. You’ll also find several statues as you wander around such as a memorial to the British soldiers who fought in the Korean War.

Have a cup of tea in the small garden cafe, or in June and July in good weather, the occasional concert is played.

Pro Tip: Don’t pay to attend at the actual band shell. The music can be heard just as easily if you sit on one of the garden’s many benches.

Nearest Station: Embankment Underground Station on the Circle, District, Northern, and Bakerloo lines. Turn left out of the main entrance and the Gardens are a 5-minute walk. 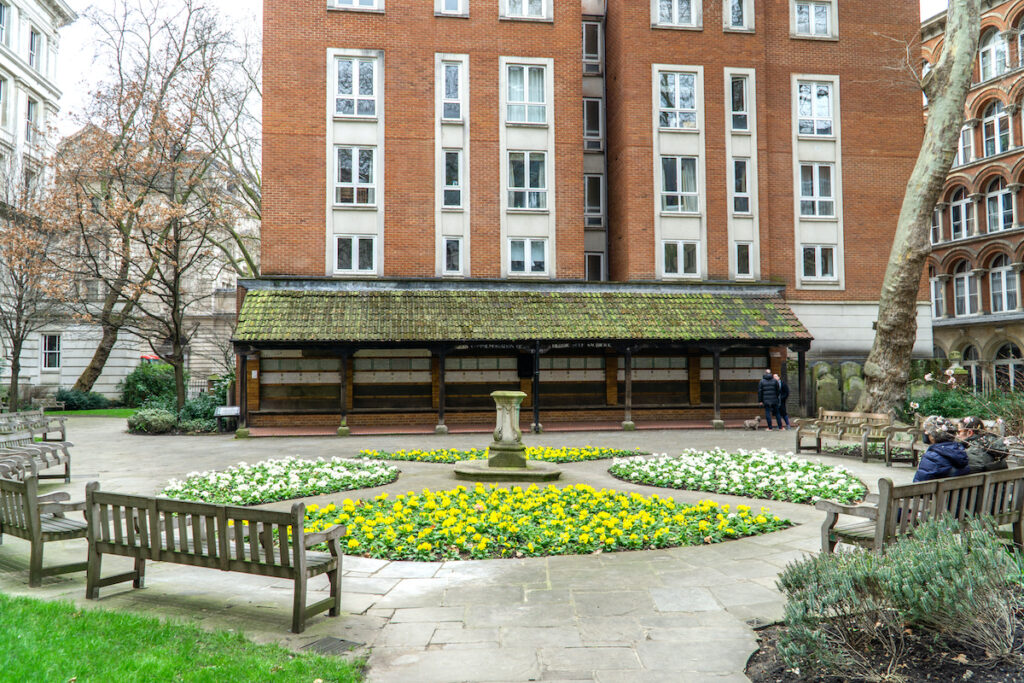 7. Postman’s Park In The City

The small 0.67-acre Postman’s Park is considered unique as it’s one of the few parks in the City of London, just a little north of St. Paul’s Cathedral.

Named because it used to be the site of the former HQ of the General Post Office, it’s one of the largest open spaces in the City of London — renowned for its skyscrapers and banking organizations. 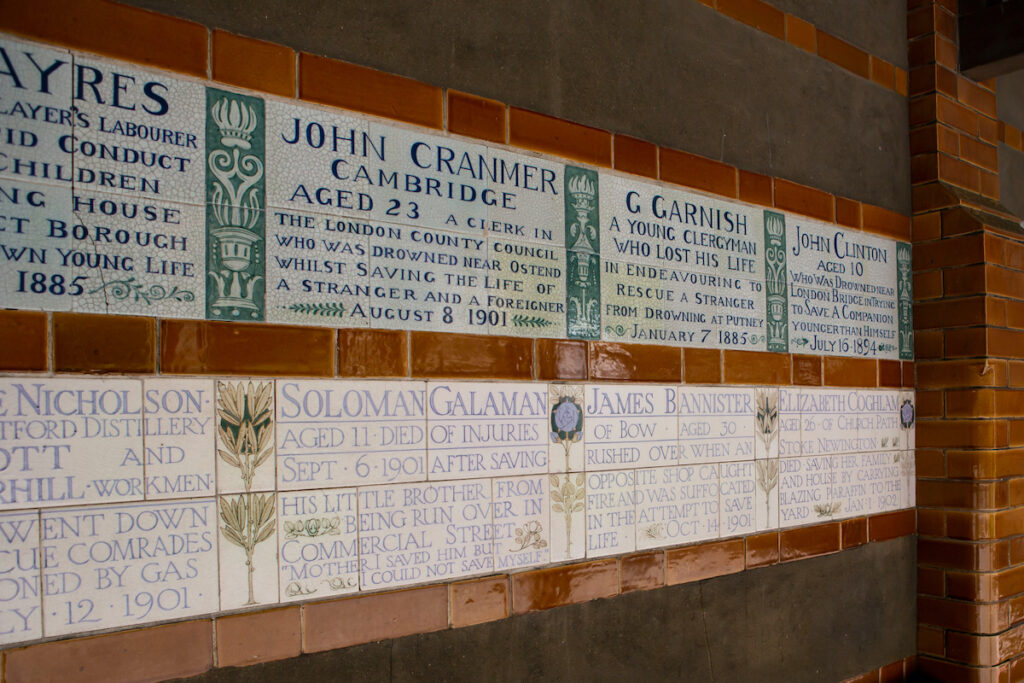 A spot for nearby workers to come and eat their lunch, the park has the Memorial to Heroic Self-Sacrifice, a unique wall with 54 plaques, each dedicated to an ordinary person who sacrificed their life helping others. They feature the name of the person, the year they died, and what their sacrifice was.

Those who watched the 2004 film Closer — with a star-studded cast including Natalie Portman — will recognize Postman’s Park as the place where Natalie Portman’s character took her pseudonym from one of the plaques.

Nearest Station: It’s a short walk from St. Paul’s Underground Station on the Central Line. Take Exit 1 out of the station.

As you can see, London has many beautiful parks that locals love to spend time in away from the mainstream ones. I hope you will too.

For more ideas on what to see and do in London, explore these articles: