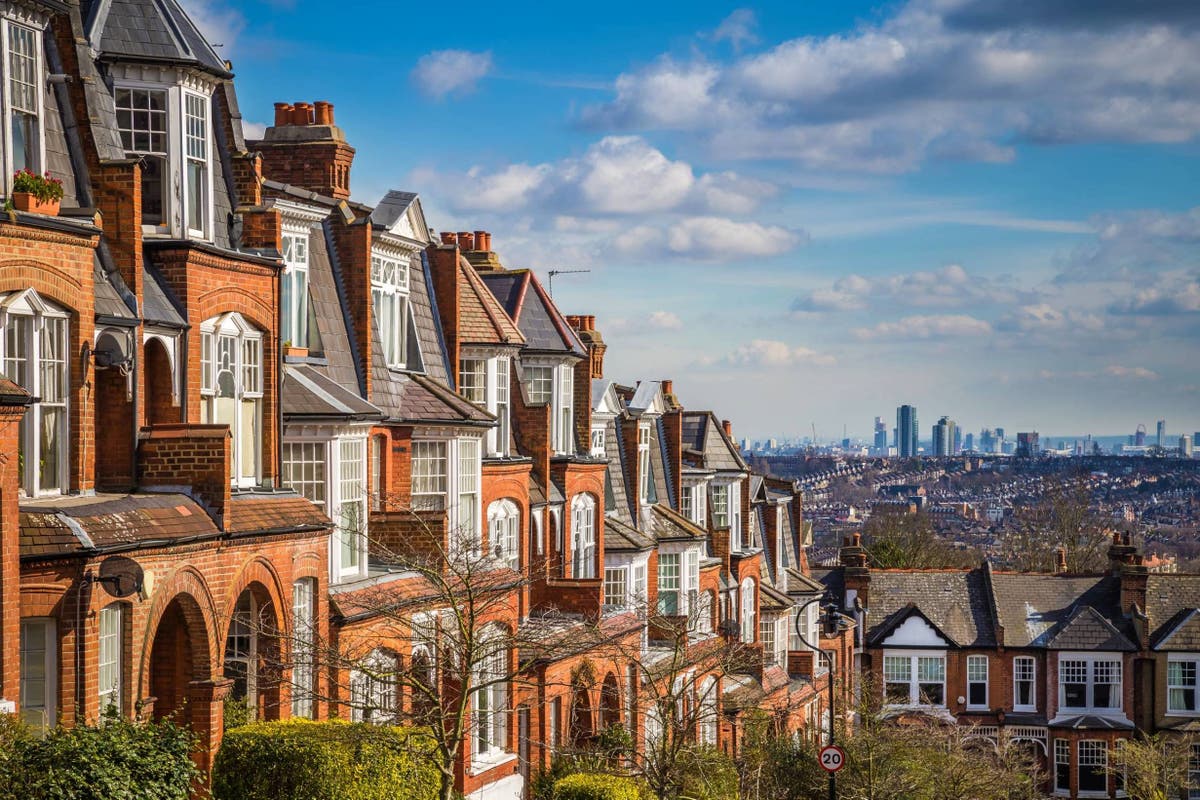 very month for the last year, annual house price growth has climbed. This is the longest stretch of year-on-year rises since the beginning of 2017 as London enters a strong spring sellers’ market.

The annual rate of growth in asking prices has increased every month since April 2021. This means the marketed price of a London home is 6.3 per cent higher this March than 12 months ago, taking the average to £664,400. From February 2021 to February 2022, the increase was as much as 7.3 per cent, up from 4.2 per cent from January to January.

The last time the capital recorded a sustained stretch of uninterrupted growth was from September 2009 to February 2017, according to the latest Asking Prices Index from Rightmove.

The time it takes to sell a property in London also dropped from 68 days to 57 this February after a high of 71 days in the same month last year – another indicator that the London housing market is restarting after the pandemic.

During the Covid-19 crisis many young workers and families chose to move out of Britain’s cities and into smaller towns and villages which quashed sales in the capital, especially in the inner boroughs.

However, following the vaccine roll-out programme, the reopening of culture and hospitality, the return to the office and the re-emergence of overseas buyers, activity is picking up.

How long it takes to sell a property in London

Although the emergency stamp duty holiday ended in the autumn, demand to move in the UK has remained at a record high as the home moving boom continued to grip the whole nation, the report also shows.

The average price of property coming to market rose 1.7 per cent this month to £354,564 – breaking through the £350,000 threshold for the first time. This is the largest monthly rise for March since 2004 with an annual increase of 10.4 per cent.

The time it takes to sell on average in the UK fell from 44 days in January to 36 in February. The number of days from offer to completion was as low as 25 days in Scotland and 30 days in the south west of England.

“This unprecedented price level is being stoked by the greatest imbalance between buyer demand and the number of properties available for sale that we have ever measured at this time of year,” says Tim Bannister, analyst at Rightmove. “This is the strongest spring sellers’ market that we have ever seen in several metrics,” he adds.

There are now more than twice as many buyers as sellers active in the market, which is the biggest mismatch between supply and demand that the property portal has recorded in its two-decade history.

In fact, 22 per cent of properties listed on Rightmove go under offer within the first two weeks of marketing – twice as many as in the pre-pandemic market of 2019.

“Usually buyer demand pauses in February for half term and then we see a slight break ahead of the spring but this year buyer enquiries picked up back straight away,” says Patrick Rampton of Rampton Baseley in Clapham. “There is pent up demand in the London market from Brexit and the pandemic, and with rising interest rates people want to secure a mortgage deal now. We might have half the stock but we are selling everything,” he adds.

Bannister stresses that now is the right time for cautious sellers who have been waiting for the pandemic to settle down but want to move ahead of rising interest rates and inflation. Although, the Rightmove business model is based on the listing of homes for sale.