Chelsea fans in Madrid have taunted Boris Johnson with a chant to the tune of Yankee Doodle after he was handed a Covid fine for an illegal birthday party.

Mr Johnson became the first Prime Minister in history to be penalised for law-breaking earlier today after he was issued a fixed penalty notice along with his wife Carrie and Chancellor Rishi Sunak.

Chelsea fans, who have travelled to Madrid for the second leg of their Champions League quarter-final, were filmed singing ‘Boris Johnson is a c***’, he likes to have a party’ in the streets of the Spanish capital.

A large gathering of supporters chanted the new song outside a pub covered in Chelsea flags.

It comes as Mr Johnson tonight faces demands from the opposition to resign after making political and criminal history. 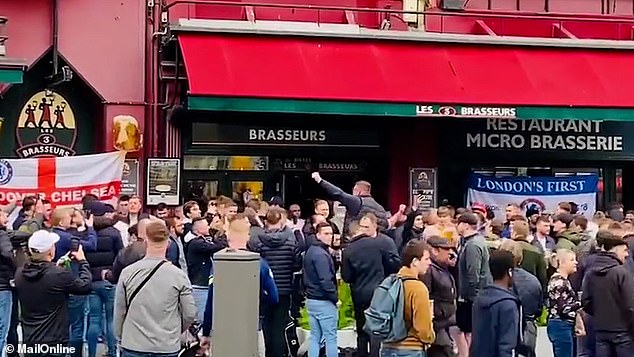 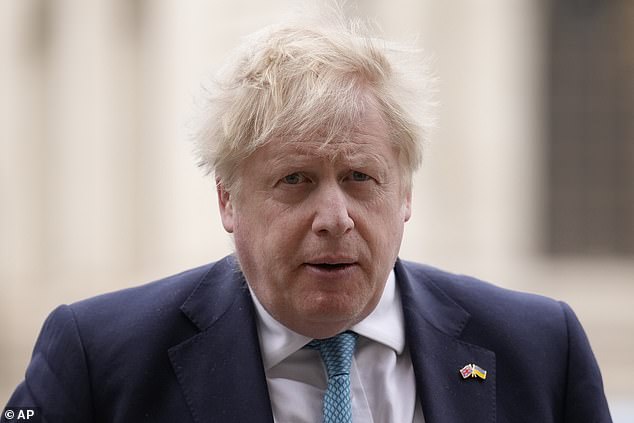 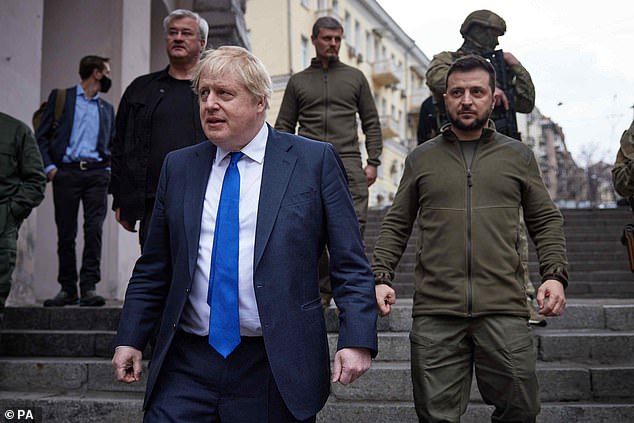 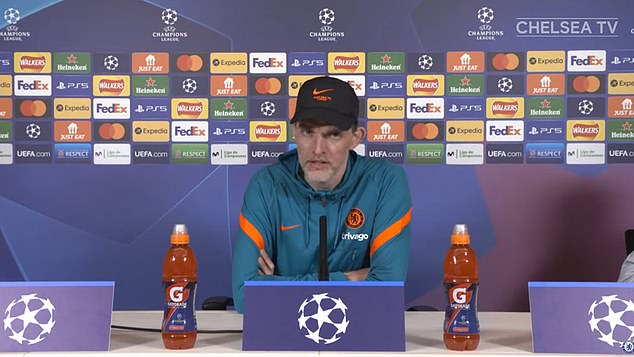 A leaked photo showed Boris and Carrie Johnson with 17 senior Downing Street staff, sitting around cheese and wine. This took place during the first Covid lockdown at a time when only two people from different households could mix outdoors, socially distanced

A bombshell email from Mr Johnson’s principal private secretary, Martin Reynolds, invited more than 100 staff to No10’s lavish gardens on May 20 to ‘make the most of the lovely weather’. He told guests to bring their own alcohol

The PM allegedly made a leaving speech for his director of communications Lee Cain with a number of people gathered. The party is believed to have carried on upstairs that evening after Dominic Cummings unceremoniously walked out of Downing Street carrying a cardboard box.

Mr Johnson reportedly gives a speech at a packed leaving do for a ‘senior aide’. ’40 or 50 people’ were present. The aide was named as one newspaper as Cleo Watson, Dominic Cummings’ protégé.

Pictures obtained by the Sunday Mirror show Mr Johnson on a TV screen flanked by colleagues, one draped in tinsel and another wearing a Santa hat, in the No10 library. A source claimed many staff were huddled by computers in their Downing Street offices, conferring on questions and drinking alcohol while the quiz was taking place. The Mirror said a message sent by No10’s head of HR on the night of the quiz advised that those who had stayed behind to take part ‘go out the back’ when they left. The paper also unearthed the team names used that night, including ‘Professor Quiz Whitty’, ‘Rebels without a Claus’, and ‘Hands, Face, First Place’.

December 17, 2020: Cabinet Secretary Simon Case, charged with probing Partygate, hosted a party after sending an email out to around 15 people in his Private Office titled ‘Christmas Quiz’.

December 18, 2020: ANOTHER CHRISTMAS PARTY Downing Street staffers allegedly hold their own festive party, with the PM not in attendance. Group size is also given as 40 to 50.

Advisers and civil servants drank alcohol and danced in No10’s basement and gardens to mark the departure of Boris Johnson’s press chief James Slack and one of the Prime Minister’s personal photographers. Witnesses claimed 30 people attended the two gatherings, which were held in different parts of the Downing Street complex before combining in the garden, on the night before Prince Philip’s funeral.

May 26, 2021: A second, formal leaving event is held for James Slack inside No 10. More than a dozen allegedly attended.

Tory MPs who have previously demanded that Mr Johnson quit pulled their punches today, though, citing his role in leading Western support for Ukraine in the face of the Russian invasion.

However, some suggested the situation might only be a stay of execution.

North Leicestershire MP Andrew Bridgen, who handed in a letter of no-confidence in the PM earlier this year, said:  ‘I am pleased that the police have investigated this matter thoroughly, but very disappointed that so many in number 10 including the PM were found to have breached the rules they set for the rest of us.

His comments were echoed by Johnson critic Sir Roger Gale, who said: ‘I am not prepared to give Vladimir Putin the comfort of thinking that we are about to unseat the Prime Minister of the United Kingdom and destabilise the coalition against Putin.

‘So any reaction to this is going to have to wait until we have dealt with the main crisis which is Ukraine and the Donbas.’

The Metropolitan Police did not disclose if Boris Johnson was among those to be sanctioned with a £50 fine. Downing Street initially indicated that he was not.

But this afternoon a No10 spokeswoman said: ‘The Prime Minister and Chancellor of the Exchequer have today received notification that the Metropolitan police intend to issue them with fixed penalty notices. ‘

Downing Street later confirmed that the fine was in relation to the PM’s birthday party on June 19, 2020 – at which one ally previously said he’d been ‘ambushed by a cake’.

The statement did not mention Carrie Johnson. But her spokeswoman later said: ‘In the interests of transparency, Mrs Johnson can confirm she has been notified that she will receive a Fixed Penalty Notice. She has not yet received any further details about the nature of the FPN.’

It is not known which event the trio were censured for, but they all attended a party organised by Carrie for Mr Johnson’s 56th birthday in June 2020.

The Prime Minister, who is at his Chequers country retreat, has yet to publicly acknowledge that the fines being issued by the police are evidence of law-breaking by senior figures in his Government and Whitehall.

Scottish First Minister Nicola Sturgeon said: ‘Boris Johnson must resign. He broke the law and repeatedly lied to parliament about it. The basic values of integrity and decency – essential to the proper working of any parliamentary democracy – demand that he go. And he should take his out of touch chancellor with him.’

‘The police have now completely shredded Johnson’s claims that no laws were broken. He cannot be trusted and cannot continue as Prime Minister.

‘No other leader in any other organisation would be allowed to continue after law-breaking on this scale. If Boris Johnson won’t resign, Conservative MPs must show him the door.’

Just five times in Champions League history has a team progressed in the knockout stages after losing a home first leg.

Chelsea are also facing Madrid at the Bernabeu, unlike last season when they met at the La Liga leaders’ 6,000 capacity Alfredo Di Stefano training ground while their iconic arena was redeveloped. 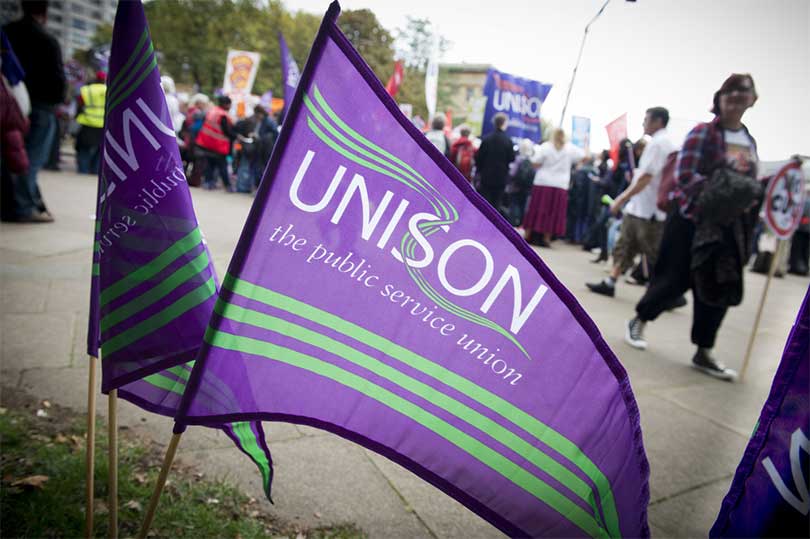