Two years ago, when the pandemic first swept the globe, many city dwellers ran for the exits. From New York to Paris, and across the U.K., people living in densely populated urban areas, who were suddenly forced to work from home, moved to the suburbs or countryside.

But lately, London real estate agents have started to notice a shift.

Robin Chatwin, Savills’s head of south west London residential, recently closed deals with two families who moved out of the capital to the countryside during the pandemic and have now moved back—coincidentally to the same south London borough of Wandsworth. In both cases, he said, the clients worked “city” jobs—such as in banking or law—and were being asked to come back into work more regularly.

“At the start of Covid, there were a lot of people that were moving out of London, no two ways about it,” he said. “Now, as things return to normal, certainly we’ve seen in the last few months or so people who moved out have moved back in and bought back into London because they are now back in the office at least four, if not five, days a week and they’ve found the commute is not what they wanted to be doing.”

While Mr. Chatwin has been keeping busy with U.K.-based buyers, his colleagues have been working with international clients who, after months of travel restrictions, are looking to come back to London as well.

After years of depressed prices, and despite potential headwinds such as rising inflation and interest rates, the London market is heating up with renewed interest from both foreign and domestic buyers.

Mr. Chatwin said the renewed interest he has seen in the capital has primarily to do with workers returning to offices.

“As offices get busier, if you’re not there when everyone else is there, you’re going to find it more difficult to progress in a business,” he said.

He said offices across southwest London—from Richmond to Barnes, Wimbledon to Putney—have had clients looking to come back in the last few months.

“Not hundreds, but definitely more people looking,” he said, noting that early-movers have benefited most from market dynamics. “If they moved out early enough, and the market moved with them…they have been able to afford to come back into the London market again,” he said.

Mr. Chatwin is not the only agent who has witnessed a rebound of domestic buyers looking in the London market.

“We are definitely seeing buyers who sort of escaped to the country starting to make sure they have somewhere in London,” said Stuart Bailey, Knight Frank’s head of London prime sales. “They’ve been out of London for two years or more [but are] realizing that working from home isn’t going to be forever.”

‘Not One or the Other’

That said, the narrative of the “escape to the country” does not represent the whole picture. Mr. Bailey said many of his clients who did move out of London are now “considering having a foothold in London—not one or other, but a foothold in both.”

That has meant renewed interest in pieds-à-terre in central London areas, including apartments without any outside space. (Mr. Bailey noted that those types of flats are “normally where you’d have competition from international buyers,” so U.K.-based buyers might do well to transact before foreign buyers return.)

According to Toby Dixon, sales director at DS Churchill, a Christie’s International Real Estate affiliate, the heightened interest in country real estate the past two years did not come at the expense of central London.

“It was less people moving out entirely—to live full time—and more demand for people to have weekend places,” he said.

Prime clients, especially, are unlikely to have sold assets in London in order to move to the countryside and more likely to have downsized in London and purchased a second residence further away.

“In the typical prime central London market, especially at the higher end, the £15 million to £20 million market, it’s not one or the other,” said Chris Richmond, a partner at the private equity estate investor CIT Group. “It’s not people selling in London to move to the countryside—it’s people making multiple purchases to better suit their needs.”

Other London-dwellers, meanwhile, have simply upsized within London or moved slightly further out from the city center in order to access more space and greenery.

“Bigger houses, houses with communal gardens, family houses—there’s a lot of demand for that,” Mr. Dixon said, adding that he recently listed a Notting Hill house that exchanged within two weeks and got over asking without going to the open market.

While that is happening—and has been throughout the pandemic—in central neighborhoods like Notting Hill, South Kensington and Chelsea, Mr. Chatwin has also seen families moving to southwest London to upsize.

He said he has had clients who perhaps lived in a basement flat in Pimlico and planned to move to a more residential suburb in four or five years, but accelerated their plans in the pandemic.

That trend has continued even as the worst of the pandemic subsides.

“A lot of people are now upsizing locally rather than moving out of London, and are staying in the capital, because again, I think they perceive that they will be going into the office four or five days a week rather than the one or two everyone was [expecting],” Mr. Chatwin said.

The return of foreign buyers to central London may also inspire domestic homeowners to sell properties in that part of town now and move further out towards the suburbs.

More: A Preview of the Season’s New Developments

Louis Harding, Head of London at Strutt & Parker, said he is “definitely” seeing foreign purchasers coming back to London “in larger numbers.”

“The last six months or so, we’ve seen properties that aren’t primary residences suddenly becoming very popular again, in areas like Belgravia and Knightsbridge in particular,” he said.

While interest is growing, foreign buyers are not expected to return in full swing until later this year—likely between May and July. Agents expect to see Middle Eastern, South Asian, American and European buyers back in the market as travel restrictions in those regions, as well as in the U.K., ease. Buyers from East Asia, however, are unlikely to return in the same numbers due to ongoing restrictions on their return travel.

“We had a period of two months between mid-late September and mid-November when we actually had what felt like a very normal market in London for the first time in a long time,” said Mr. Christian of Savills. “The problem we had is when this Omicron variant became news in the middle of November… everybody who lived abroad up and left within a couple of days.”

He noted that this is never normally a busy time of year for London, given that “people are typically on the beach in the Bahamas or on the slopes,” but said he had high hopes for the spring.

Mr. Christian said that while “we all thought the apartment market would be completely and utterly dead as a result of what happened during the pandemic,” it is “a measure of London’s pull” that that has not been the case.

“Where is the area of the market that has really fired back in the last year? It’s been apartments in new-builds,” he said, pointing to developments such as Chelsea Barracks, or 1 Grosvenor Square in Mayfair, which he said has sold 50%of its 44 flats since October of last year.

“Lancer Square has several of those large apartments that you typically would expect to sell towards the end of the process, when the scheme is completed,” he said. “And the interest we’ve seen are in those larger units.”

What it Means for Prices

Despite rising demand, stock levels are noticeably down this year, and that is expected to have an impact on prices.

“I think prices will continue to increase slightly as they have been over the last year,” said Mr. Dixon. “There’s definitely not enough supply and there’s just more and more demand.”

Mr. Bailey highlighted that London prices have been low since long before the pandemic.

Strutt & Parker forecasts prime central London house prices will grow by up to 10% in 2022 amid strong demand and “ongoing supply constraints.” It estimates price growth in the U.K. will reach between 20% and 30% over the next five years, with a 20% to 35% estimate for prime central London.

The supply pipeline for large apartments, in particular, is “getting very skinny over the next 12 to 36 months,” Mr. Richmond said, adding that it has been difficult to secure permissions for projects with units over 200 square meters or roughly 2,150 square feet.

Knight Frank’s Mr. Bailey pointed to another reason stock will remain low. While domestic buyers, who have been active in London the past two years, tend to sell their current homes in order to buy new ones, international buyers will not do the same when they return to the market.

“International buyers just come here and buy, so you don’t get the supply,” he said. That “will eat up stock, and it won’t replenish stock, which will put upward pressure on pricing.” 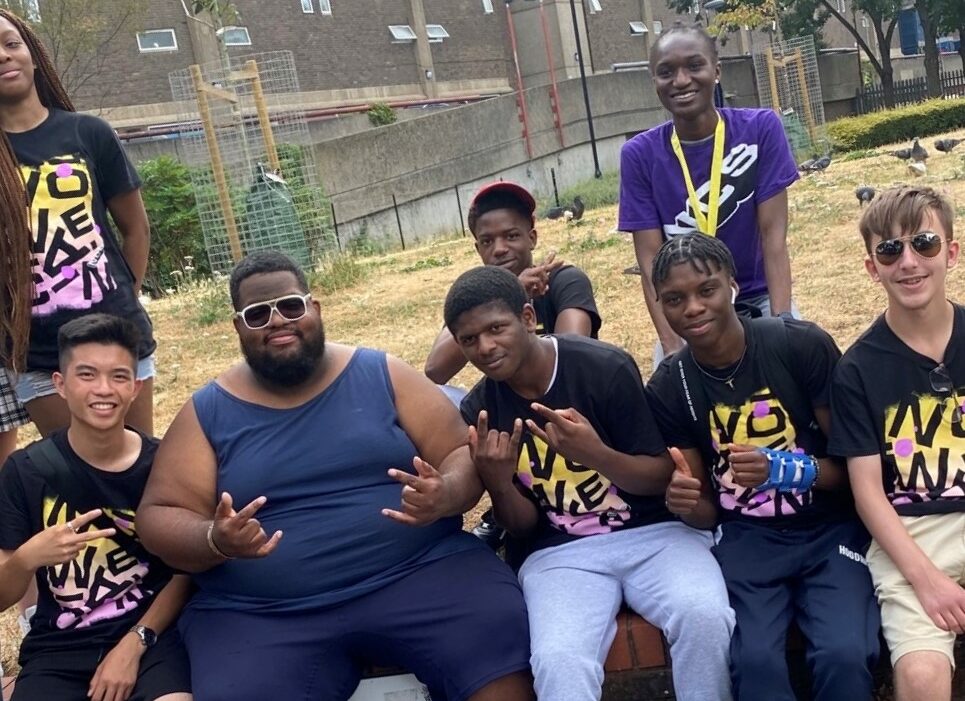 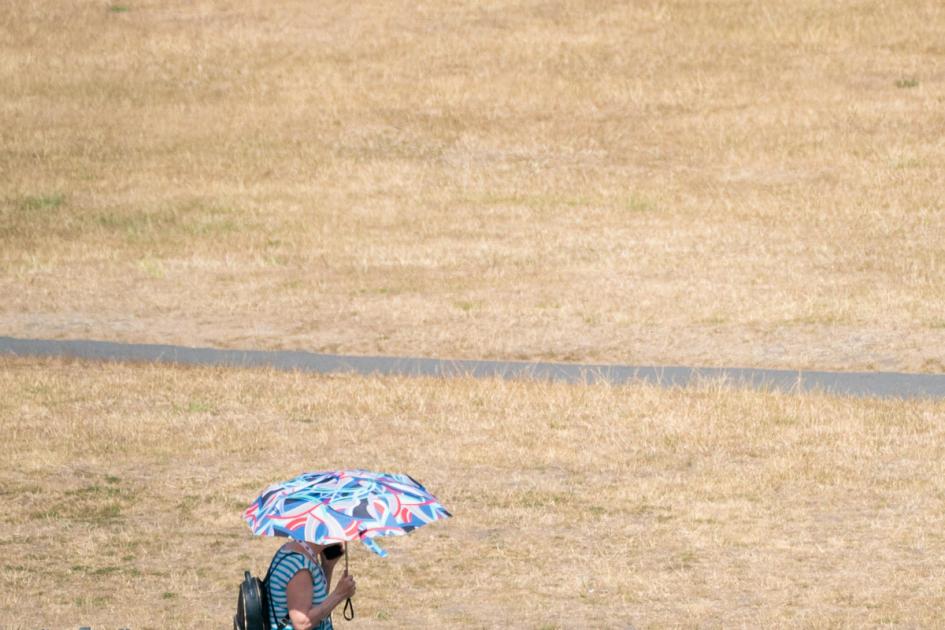