Extinction Rebellion activists have staged a sit-down protest in the heart of London to demand the government halts investment in fossil fuels.

Hundreds of demonstrators descended on Oxford Street and Regent Street on Saturday, blocking traffic as they chanted “save our planet” and “whose streets, our streets”.

Image:
Protesters vow not to be bystanders over the climate change crisis

Crowds assembled at Speakers’ Corner at Hyde Park before marching into the West End then moving on to Trafalgar Square in the afternoon.

They held banners aloft emblazoned with slogans including “Life on earth is dying” and “Code Red: End Fossil Fuels”.

Other posters said “We will not be bystanders” and warned: “We’re the last generation who can save something.”

Doctors and medical professionals were among the people calling for ministers to act.

Extinction Rebellion UK tweeted: “Today hundreds of concerned citizens are standing up for climate justice and to end fossil fuels by simply sitting down.

“An Extinction Rebellion march sits in Oxford Circus, with disruption set to continue till the Government respond to the crisis.”

Mechanical engineer Verel Rodrigues, 27, described the situation as “dire” and said they have no choice but to take action.

“We are sorry to be causing this inconvenience but we don’t have any other choice.

“If an alarm is ringing because your house is on fire, you don’t get p***ed off at the fire alarm. It is trying to save you and we are trying to raise the alarm of what is about to come.” 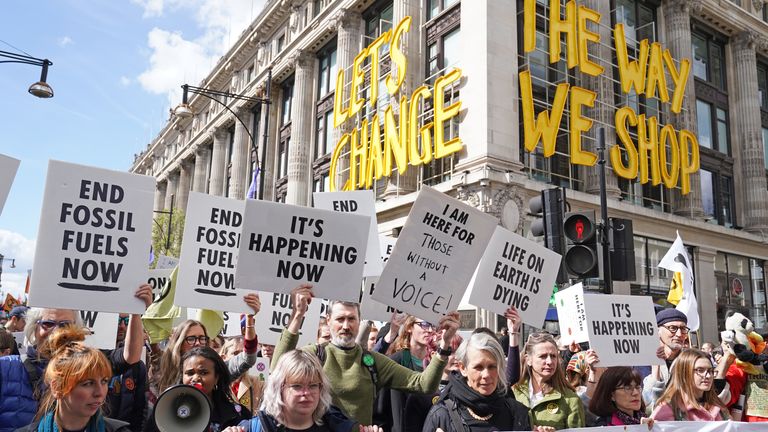 Image:
Hundreds of protesters voiced their fears over fossil fuels

Another attendee, Sunita Ramani, 23, from Bristol, insisted the action was justified.

“We are doing this on behalf of everyone who deserves to have a liveable, justice-filled future.”

The protest was criticised by a passerby, who lashed out at Extinction Rebellion for “obsessive tactics”.

“They have daily, repeatedly, blocked roads, whether it is small or large numbers,” the man, who gave his name as Steve C, said.

London Mayor Sadiq Khan said the protest was “counterproductive” and demonstrators needed to win over public opinion at the same time as putting pressure on the government.

The Metropolitan Police confirmed traffic was blocked in both directions by protestors sitting in the road and diversions were in place.

Image:
Activists are calling for the government to halt investment in fossil fuels

Commander Ade Adelekan said the Met had been in touch with organisers in an attempt to avoid serious disruption in London.

Specialist teams are on standby should any protesters glue or lock themselves to street furniture or structures.

Mr Adelekan said: “Extinction Rebellion have made their intentions clear in their public announcements that they plan to hold ‘mass action’ and block areas of London for as long as possible to draw attention to their cause.

“Everyone has the right to protest, and the public understands that protest will often result in a degree of disruption. 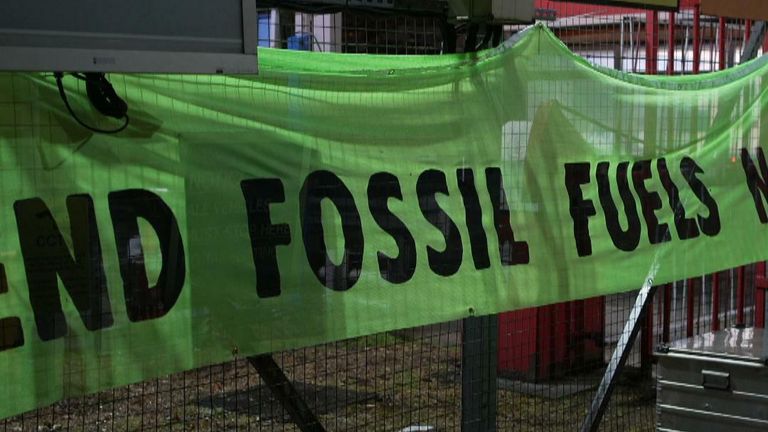 The entrance to the facility was blocked by two large banners, one of which said: ‘Stop fossil fuels now.’

Extinction Rebellion billed the protest as part of “the final push in the plan to end fossil fuels”.

Similar action to block “areas of the city for as long as possible” is planned every day for a week or more, the group said.

On Friday, two protesters shut down Tower Bridge by abseiling off its sides and unfurling a huge banner saying: “End fossil fuels now.”

The bridge, a main traffic artery across the Thames, was closed to vehicles, causing long tailbacks.

The group last week staged protests at an Esso facility in London vowing they were “here to stay”. 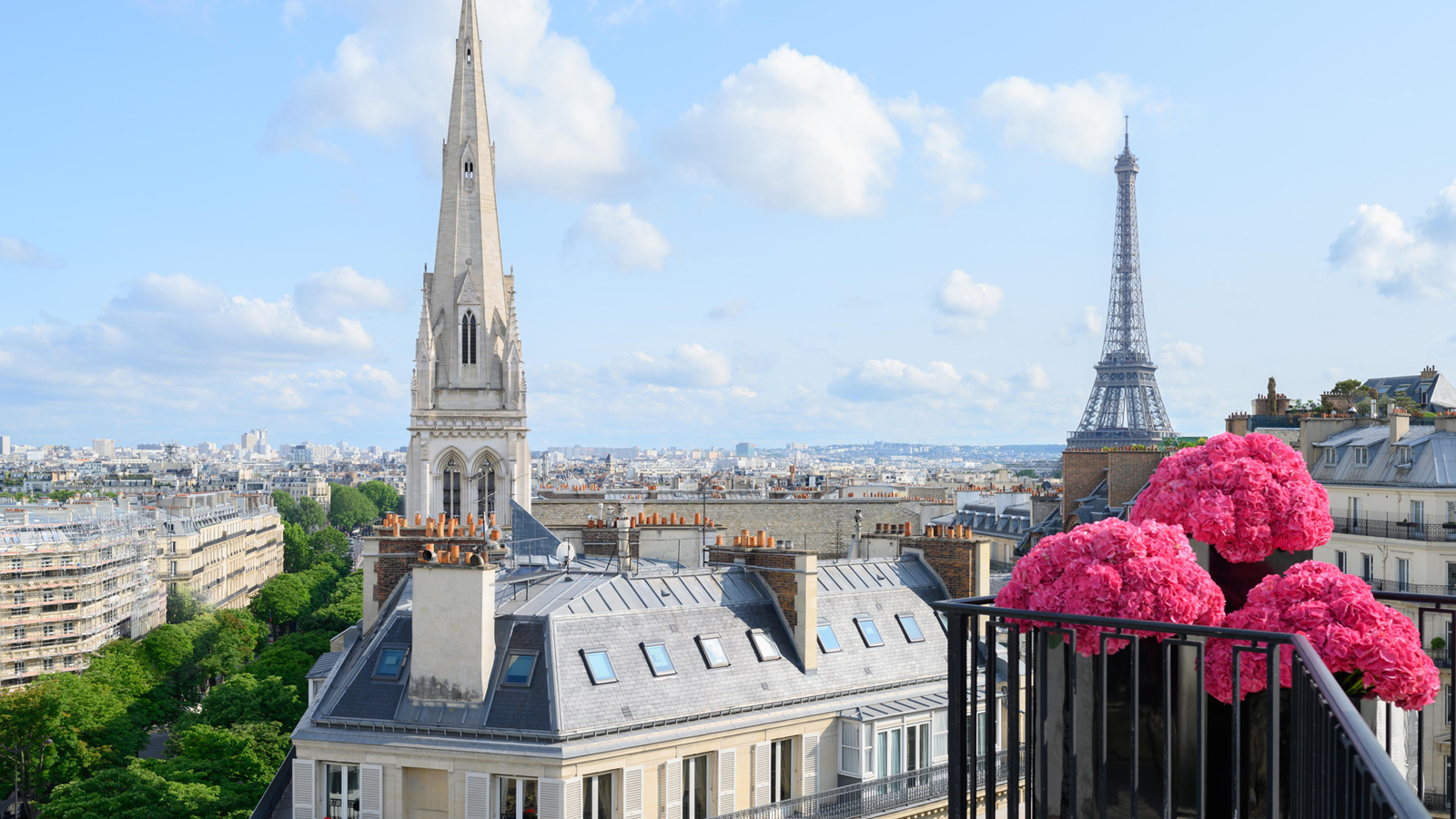 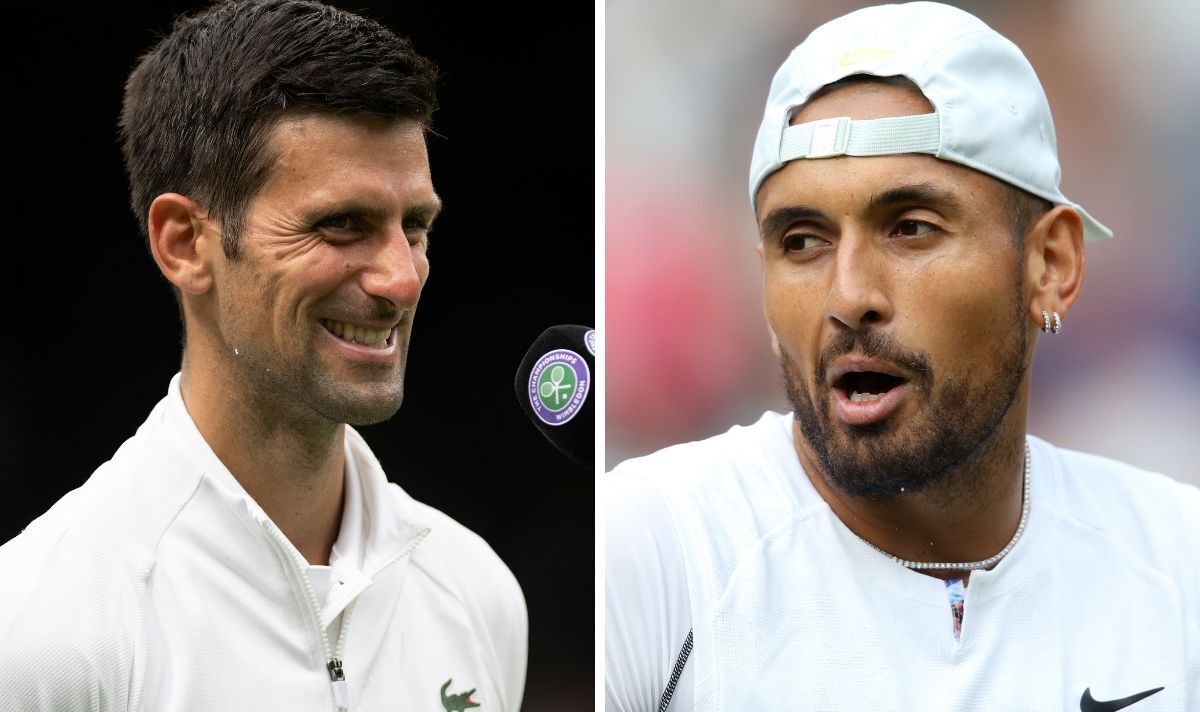 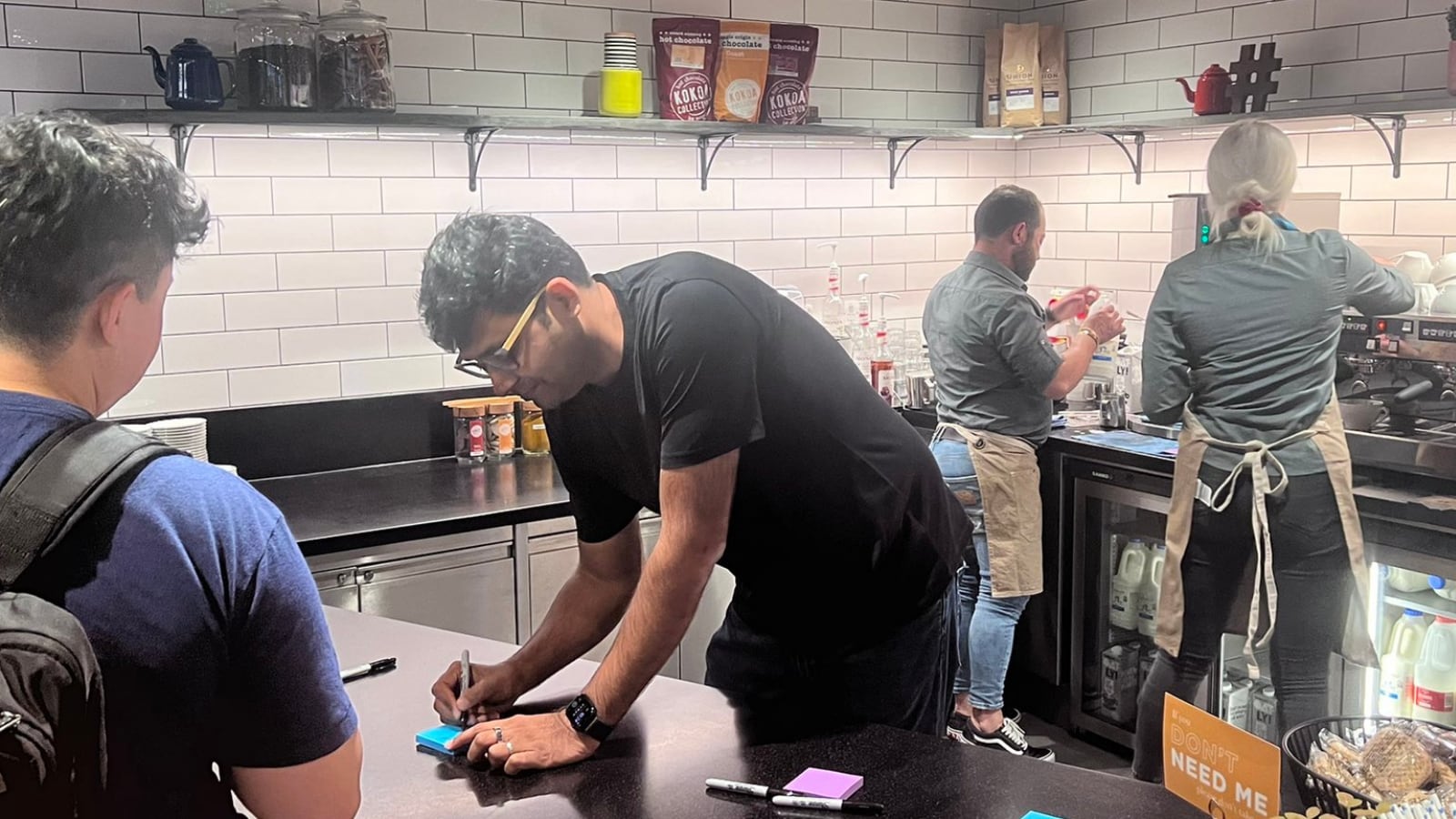 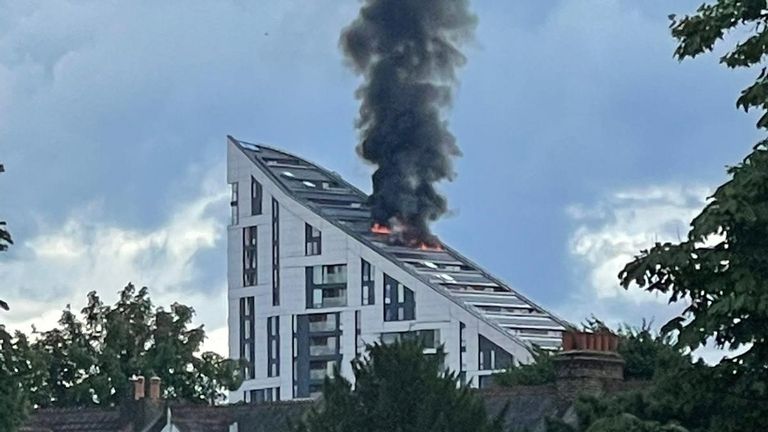