At a community kitchen in Lambeth, south London, a team of volunteers aren’t just serving up hot three course vegetarian meals. They are watching the cost of living catastrophe begin to bite.

The project run by FoodCycle – a charity which turns surplus from the shops into menus for people in need – is in more demand than ever, ramping up its operations to feed hundreds more people every week.

Carly Shutes, who works for the charity, said for many people using the service, it would be the only hot meal they ate all week.

“Our guest numbers are increasing double each week, so we know more and more people are struggling,” she said.

Those guests are people not just being hit by the rising costs of food, but other essentials like gas, forcing them to make the difficult choice between heating and eating.

This includes one person Ms Shutes has spoken to who enjoys attending because it means they don’t have to heat their house for a couple of hours.

“It’s not just about the food… it’s having a huge knock on effect across everything, ” she said.

“People come to us because they can’t actually afford to turn their cooker on for a hot nutritious meal, that’s where people rely on our service, because they want a hot meal, not just pot noodle or toast.” 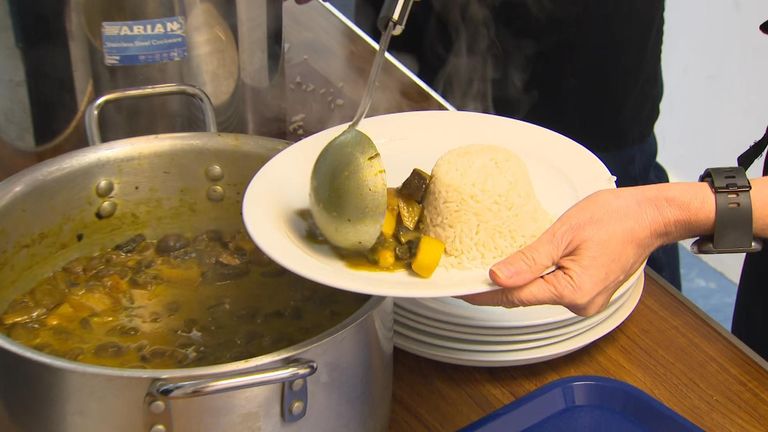 Image:
Many are turning to food banks for hot meals as they are forced to choose between heating and eating

FoodCycle will launch six new centres this year and by 2024 aims to be feeding more than 4,000 people a week in 30 London districts with more than 126,000kg of surplus food – roughly the weight of 25 African elephants.

This service relies on surplus groceries, but research shows a wider societal problem.

Millions of people have become more wasteful since the end of the COVID lockdown restrictions. 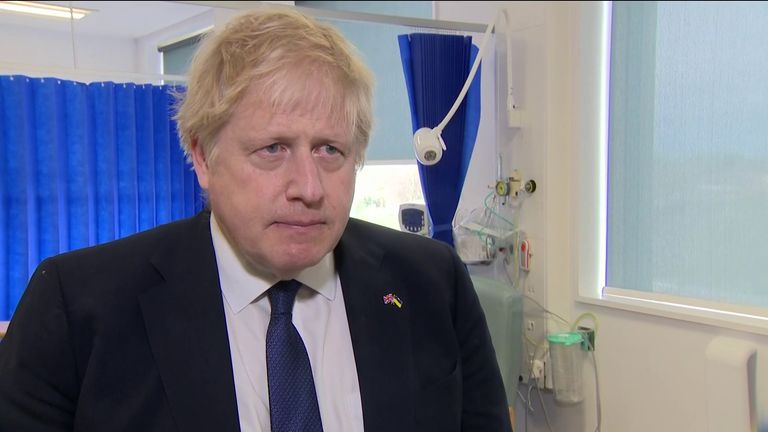 According to a survey by WRAP, the waste management charity, UK households waste on average the equivalent of eight meals a week – costing them more than £700 a year.

Over a year, this means the food and drink we waste would fill 38 million wheelie bins or eight Wembley Stadiums.

“Levels are pretty much back where they were before the pandemic so there is still an awful lot thrown out, ” said Helen White, a household food expert at WRAP.

“For example, we waste in the UK 20 million slices of bread a day. That’s the equivalent of a million loaves if there are 20 slices in a loaf and that’s 4.4 million potatoes every single day or 800,000 apples.

“These are the things that are going into our bins that actually could be going into bellies, and it’s great for the planet and it’s really good for our pockets in current times.” 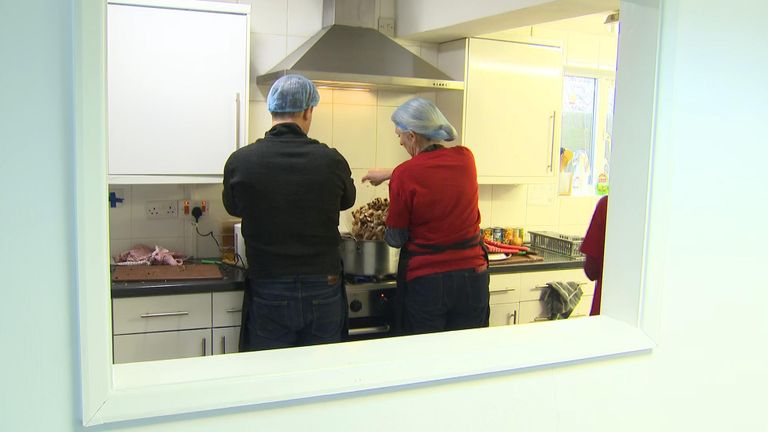 At FoodCycle the mission to get food waste into bellies will expand, with funding from the City Bridge Trust, the City of London Corporation’s charity funder, which wants to support more projects like it.

For the people already using the service, that grant of £174,800 starts with recycling waste, but becomes so much more.

Sarah, who enjoyed soup, curry and cake at the community kitchen on Friday, said: “You’ve got people coming here who don’t mix with anybody normally.

“So, on a Friday they come here, have something to eat, a nice chat and they will go home happy.”