south London school teacher who pulled a pupil on top of her and asked her if she wanted to kiss has been struck off.

In a ruling published Tuesday, the teaching watchdog barred Melvin from teaching for life.

The former teacher shared wine with Pupil A, touched her thigh, hand and arm, and also made comments about her breasts while hugging her, the panel heard.

Disgraced Melvin, who had once been nominated for a Kent Teacher of the Year Award, admitted the allegations against her and she said her actions were sexually motivated.

The misconduct panel a string of allegations against Melvin centred around her inappropriate conduct with pupil A between November 11 2019 and November 13 2019.

She told the pupil if “you ever tell anyone about the wine, I’ll kill you” or words to that effect and told her she was “very good at giving massages”.

The panel heard how the head of department spent time alone with the student in a bedroom while on a school trip and asked her, “Do you fancy me?”

On November 14, she drove the pupil home in her car and told her the song playing was “about a lesbian who has never had sex and who does it with someone more experienced” or words to that effect.

The teacher also made comments about another student Pupil B and her clothes. She told her that her necklace was “too S&M” and/or “discussed bondage representations” with her, the panel found.

She also told the pupil that she would look good in pink stripes.

A spokesperson for Newstead Wood School told the Standard it fully supported the outcome of the misconduct panel against Melvin and that it had reported the allegations as soon as it was aware to the relevant authorities.

“The staff member was suspended from work pending the police investigation, which we supported in full,” said the spokesperson.

“Once this was complete, we undertook a thorough internal investigation of our own, which resulted in the appropriate disciplinary procedures and a referral to both the TRA and the Disclosure and Barring Service.” 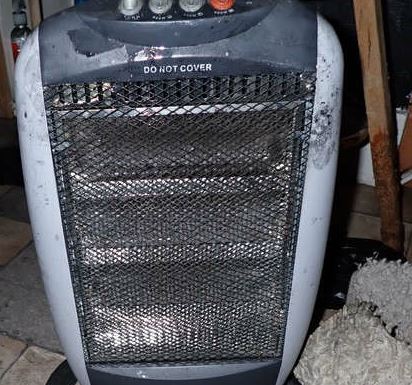