Football: Designing The Beautiful Game is at The Design Museum

EASTER HOLIDAYS: Running out of ways to keep your kids occupied while school’s closed? Enter, our guide to Easter holiday activities and events in London. With exhibitions, theatre shows, nature trails and more, you’re bound to find something to suit — whatever their age and whatever your budget.

PICKWICK: Right from the beginning, Charles Dickens took illustration seriously. A new exhibition explores the images from The Pickwick Papers, his first novel, which was written on-site when this was Dickens’ home. The show displays original illustrations along with some remarkable interpretations from the 1920s. Charles Dickens Museum (Bloomsbury), included in general admission price (£9.50), book ahead, 6 April-11 September 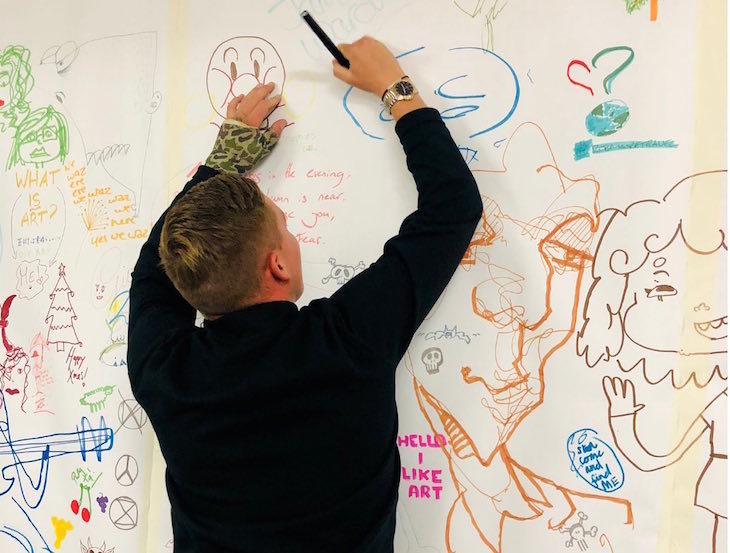 ROY’S ART FAIR: Run by Roy Tyson, the artist best-known for creating miniature scenes, Roy’s Art Fair was started as a fair run by artists, for artists. Emerging and established creators exhibit and sell their works, giving the public a chance to buy directly from them. This year’s event has a curated selection of 80 artists. Truman Brewery (Brick Lane), free, book ahead, 7-10 April

SICILY FEST: Food and drink from the Italian region of Sicily take centre stage at Sicily Fest, a four-day event where you can browse and buy pasta, sauces, jams, cakes, desserts and wine — and enjoy live music in the performance corner. There are plenty of veggie and vegan options, plus live cooking demos from a Sicilian chef. Business Design Centre (Islington), from £2.50, book ahead, 7-10 April 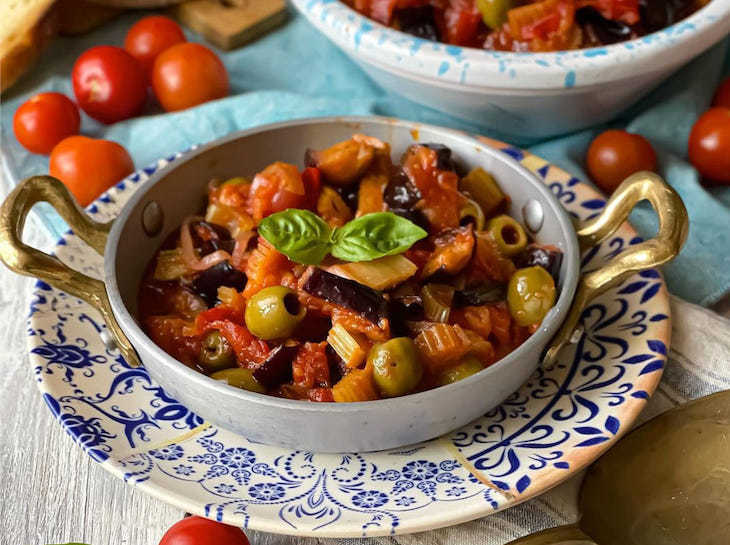 Hungry? Sicily Fest is back in London

NOW PLAY THIS: Experimental game design is the focus of Now Play This, as it returns to Somerset House. The festival consists of an exhibition, plus talks, workshops and activities with professional game designers. Somerset House, £9/£6.50, book ahead, 8-10 April

FASHION POP UP: Enjoy free masterclasses, manicures, and massages at the SHEIN x Klarna pop up, which kicks off this Friday and runs all weekend long. Highlights of this style and beauty extravaganza include trend forecasting with HELLO Fashion, yoga, MUA tutorials, and a hair styling station where you can learn how to master the art of the up-do. Complimentary coffee, cakes and a flower stall are also on site. The Stables, 40 Earlham Street (Covent Garden) WC2H 9LH, free, book ahead, 8-10 April (sponsor)

FOOTBALL EXHIBITION: The world’s most popular sport is the subject of a new Design Museum exhibition. Football: Designing the Beautiful Game focuses on the design of all aspects of the Beautiful Game, including stadiums, kits and logos, and the materials used in modern football boots. Design Museum, £16.80, book ahead, 8 April-29 August

HISTFEST: “For far too long, history has been the preserve of the privileged. Not anymore. History belongs to all.” That’s the ethos of HistFest, an annual event at the British Library that assembles top historians to share their research with the general public. This year, catch talks on such diverse topics as the Kingdom of Benin and the global history of science. British Library or online, £15-£50,book ahead, 9-10 April 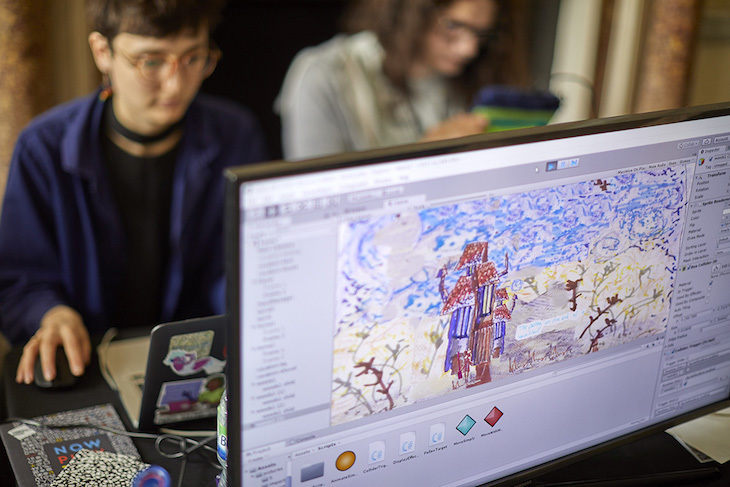 Now Play This is back at Somerset House

LONDON GAMES FESTIVAL: Thumbs at the ready! The London Games Festival returns for 10 days of video games and interactive entertainment. Events are both in-person and online, and include a large-scale exhibition in Trafalgar Square, an awards ceremony, and gaming industry networking. Various locations and prices, until 10 April 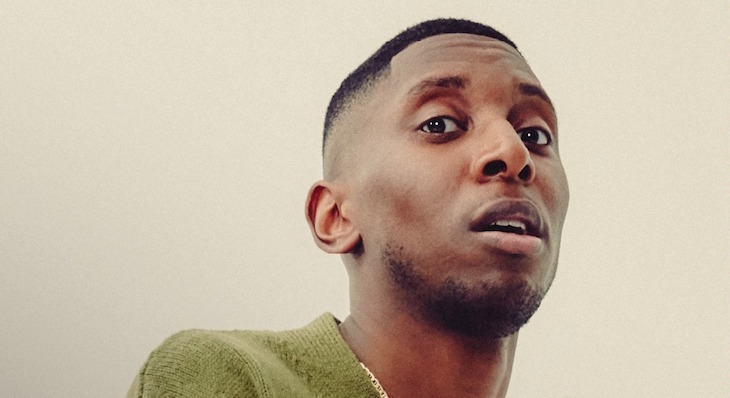 DAGENHAM DOCK: Join Footprints of London tour guide Rob Smith for a walking tour around Dagenham Docks, focusing on the area’s industrial history — which far predates the Ford factory that the area is known for. Sites of manufacturing, shipbuilding and power generation all feature — bring sandwiches to eat during a stop by the Thames. Dagenham Dock station, £12/£9, book ahead, 2pm-5.30pm

EMBRACE THE IMPOSSIBLE: Treat the whole family to a performance by magician Tom Brace. His new family-friendly show, Embrace The Impossible, is inspired by his past, including growing up with Roald Dahl books and Cluedo. Age 8+. Artsdepot (North Finchley), from £9, book ahead, 7pm

WOMEN’S DANCING: Sapphires is an evening of dancing open to anyone who identifies as a woman. It covers Latin, line and ballroom dancing, and starts with beginner and intermediate classes so you can master the steps, followed by an evening of social dancing. Bishopsgate Institute, £12-£14, book ahead, 7pm 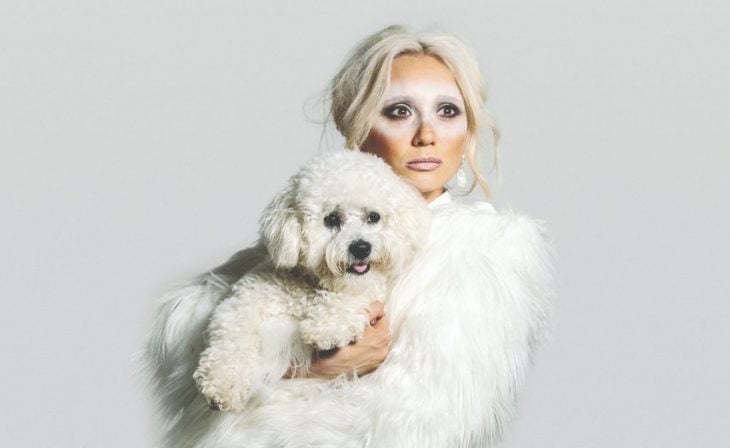 MUSICAL COMEDY AWARDS: See the 12 finalists of the Musical Comedy Awards 2022 in action, before the winner is crowned. Past finalists have included Rachel Parris, Mae Martin and Jay Foreman. Bloomsbury Theatre, £15, book ahead, 7.30pm

JENNY BEDE: Comedy actress Jenny Bede brings her latest show, Jenny Bede: The Musical, to Soho Theatre. Though she’s trained in musical theatre, she’s always avoided it, but following a year of no theatres at all, she’s keen to give it a go.  Soho Theatre, from £14, book ahead, 9.15pm 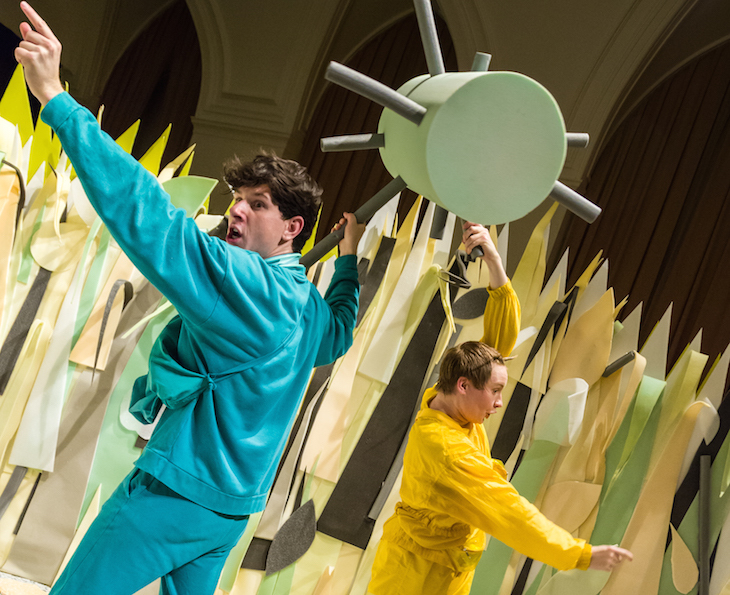 Take the kids to see Slime

ST MATTHEW PASSION: In something of an Easter tradition, The Bach Choir perform St Matthew Passion on Palm Sunday. The piece is a dramatic telling of the Passion of Christ, and is performed here in English. Southbank Centre, £15-£65, book ahead, 11am

SLIME: Aimed at children aged 2-5 and their families, Slime is a story about Slug and Caterpillar, who have different ideas about how they should reach the last leaf in the garden. It uses only a handful of words, making it accessible to its younger audience. Artsdepot (North Finchley), £12, book ahead, 11am/2pm

LOW TIDE WALK: Join experts for a guided walk along Deptford Creek at low tide, and find out what the riverbed can tell us about local and natural history. Things will get muddy, but waders and mud sticks are provided. Creekside Discovery Centre (Deptford), £15 adult/£10 child, book ahead, 11am-1pm

THOROUGHLY MODERNISING MILLIE: Ever heard of Millie Miller? She was the first female Mayor of Camden, and became the first woman to lead a London Council, and later an MP for Ilford North, as well as vice president of her synagogue. Now, 100 years after her birth, hear from her son, Bernard Miller, who has researched the family’s history, and discovered some unknown relatives, including some whom Millie may not have considered ‘goodies’. Jewish Museum (Camden) or online, £5, book ahead, 2pm 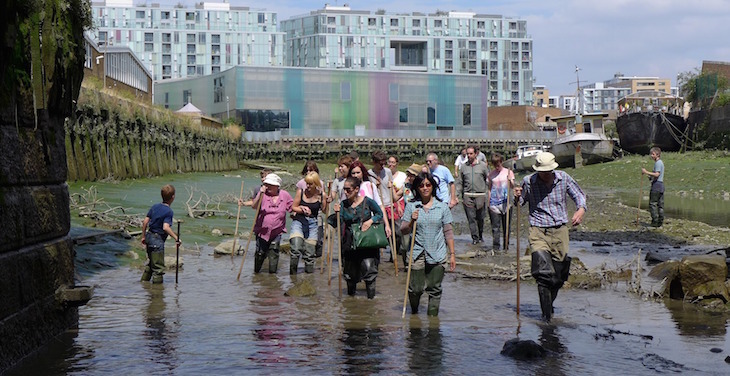 Go on a low tide walk in Deptford

HISTORY TOUR: Take a guided tour of Fulham Palace, learning about the history of the building as you go. The Victorian chapel, Tudor great hall and Georgian dining rooms are just some of the areas you’ll visit. Fulham Palace, £8, book ahead, 2pm-3.15pm

INFLUENCER ECONOMY: Thinking On Sunday hosts Channel 4 News journalist Symeon Brown to discuss the reality behind influencer culture. Find out about the fraud, exploitation, bribery and dishonesty behind the ‘aspirational’ influencer lifestyle. Conway Hall (Holborn) or online, £8/£5, book ahead, 3pm-4.30pm

POPUP PAINTING: Wyland Tondelier’s painting Exotic Forest is the inspiration at today’s PopUp Painting event. Try your hand at recreating the painting — all art supplies are provided, as is guidance from a professional artist. A cream tea is included too. London Art Bar (Holborn), £39.99, book ahead, 3pm-5.30pm

HIDDEN HISTORY: Historian and author Hallie Rubenhold talks about her book, The Covent Garden Ladies, at this Bow Street Police Museum event, focusing on the gruelling reality of this area during the 18th century. The talk is followed by a Q&A and book signing. NoMad Hotel (Covent Garden) or online, £16/£10, book ahead, 3.30pm

PHANTASMAGORICAL: Miss Sylvia Sceptre, a character from Victorian London, presents Phantasmagorical, a supernatural spectacle of stories, magic and dark whimsy. Storytelling, drama and magic combine in the show, which examines the supernatural, and medical afflictions, in the Victorian era. The Old Operating Theatre (London Bridge), £20, book ahead, 7pm-8pm

SHAKESPEARE’S BANKSIDE: Footprints of London guide Mark Rowland hosts a virtual tour focusing on the ‘birth of modern theatre’ in Elizabethan Bankside. Find out how this specific area ended up being the focus for London’s early theatre industry — among brothels, taverns and gambling dens. Online event, £8 per person/£16 group, book ahead, 8pm