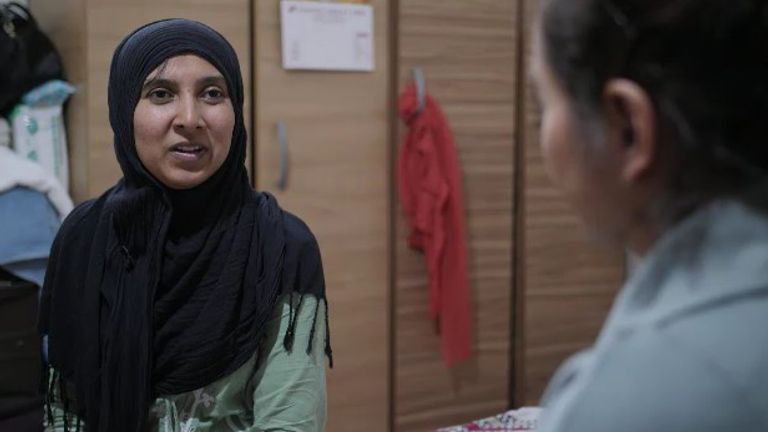 Half of the UK’s Muslim population will struggle to provide enough food for their families to break their fast during Ramadan, according to Islamic Relief, which warns an estimated 1.6 million live in poverty and deprivation.

The charity said an estimated 50% of UK Muslim households live in poverty, compared to 18% of the general UK population.

Its partners are reporting a significant increase in the use of food banks compared to the last two lockdowns, with the crisis being exacerbated by the rising cost of living and the pandemic.

Bushra Begum lives in a small room in east London with her husband, and three children under the age of six.

She told Sky News the radiator is broken and a hole in the wall behind it lets rodents in.

“They come in during the night. Not just one, two or three.

“I have no choice but to stay here.

“Rent is so high.

“Even here, we give my husband’s entire salary to cover the rent for just this single room.

“And now they are increasing the bills for electricity. It has become so difficult.”

Image:
Bushra Begum lives in a small room in east London with her husband, and three children

Ms Begum’s room is in a building which houses many others like her.

“Sometimes my children want to use the bathroom but they have to keep waiting because other people are using it.”

With no money left after paying the rent, she relies on local food banks to feed her children.

The soaring price of household essentials has severely impacted families’ spending, with analysis from the Resolution Foundation suggesting households could be £1,000 worse off in 2022.

Tufail Hussain, director of Islamic Relief UK, said: “Families across the UK will be suffering as a result of record rates of inflation as well as increasing energy prices due to the war in Ukraine. 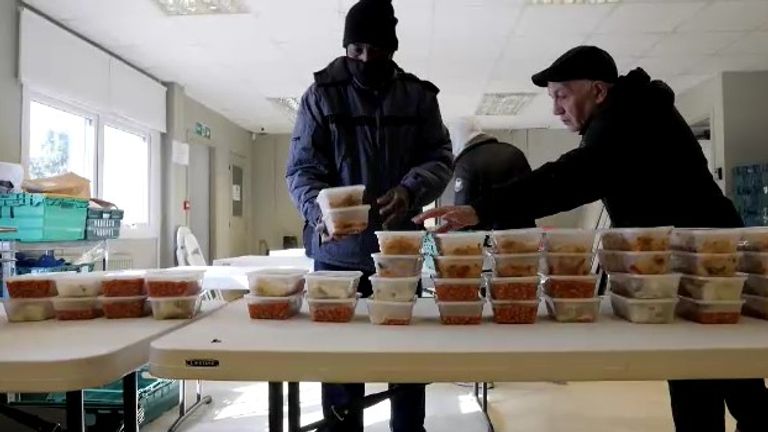 Image:
More people are relying on food banks to feed themselves and their families

“We urgently call on the UK government to review this decision and take the bold actions necessary to avoid pushing families into destitution.

“This is especially important as Muslim families begin to observe the holy month of Ramadan.

“Many will be fasting from sunrise to sunset and there is a real risk that families will not have enough food or will go without to feed their children.”

“The bills are not going to hit until the end of this month, so we are bracing ourselves for a big explosion,” he said.

“After the pandemic hit, within a couple of months, we had a 400% increase.”

It has changed the way the food bank operates, he said, with less time now to even talk to their guests.

“It used to be a calming experience – people would come, get some food, have a chat. 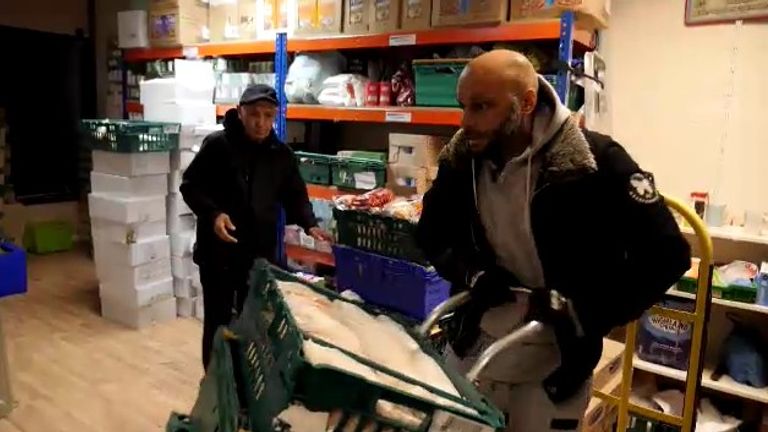 Image:
The food bank workers say there is less time to speak to users now, because demand is so high

“We’d talk to them and find out about their situation, try to offer help. Now they’re just feeling anxiety and uncertainty.”

Typically, Muslims tend to give more to charity during Ramadan, including a zakat payment – an obligatory donation of a percentage of wealth by those who can afford it to those who need it.

“One of the key things is that zakat should be spent within the area where you live,” said Sohail Hanif, chief executive of the National Zakat Foundation.

“Within the UK there are a lot of families struggling. We’re really seeing it now.”

Commenting on Friday regarding the increasing cost of living, Business Secretary Kwasi Kwarteng said: “While no government can control the global factors pushing up the cost of everyday essentials, we will absolutely act wherever we can to mitigate rising costs.”

Cabinet will rally round Boris Johnson after local elections test