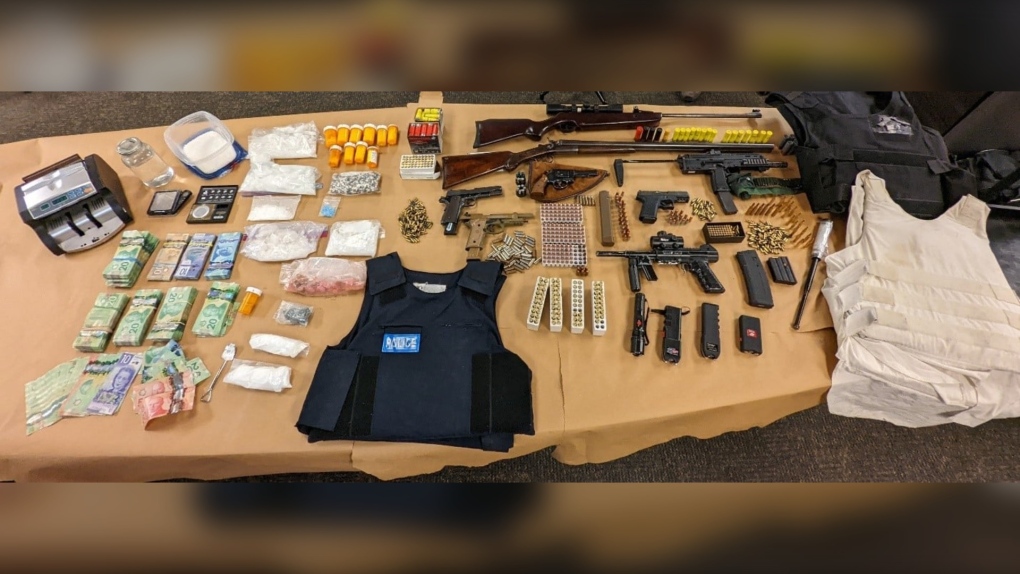 A London, Ont. man is facing dozens of drug and weapons charges after police raided a SoHo home Thursday.

Police executed a search warrant in the 100-block of Waterloo Street and seized over $157,000 worth of methamphetamine, more than $53,000 of fentanyl, $17,000 in cocaine along with morphine and hydromorphone.

Officers also recovered a number of weapons including a double-barrel 12 gauge shotgun, a loaded 9mm handgun and a loaded .38 calibre revolver. Several replica guns and ammunition were also discovered.

The accused have future court dates.