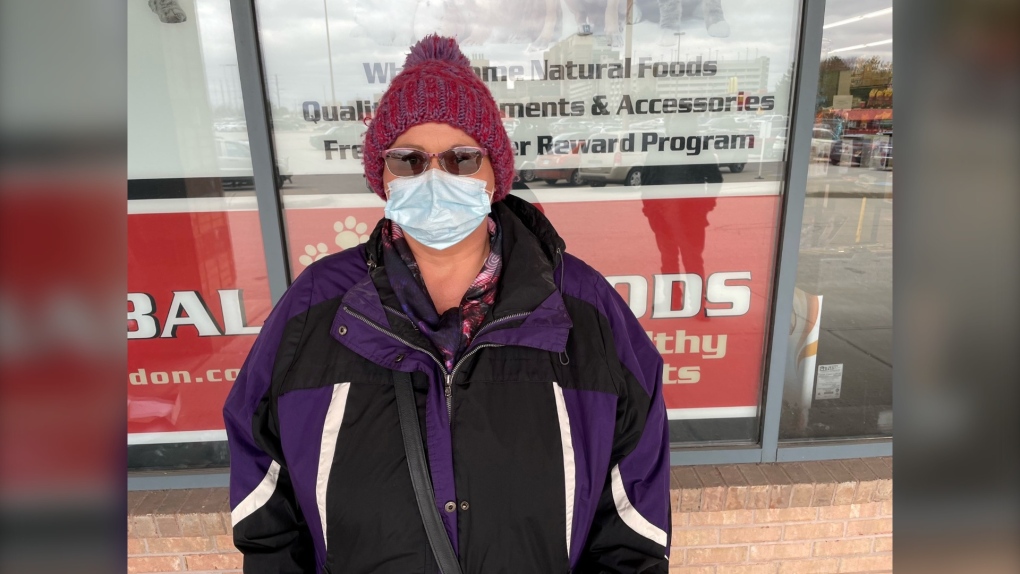 The small 5 p.m. protest was one of many across Canada, timed to generate awareness on behalf of the hundreds of thousands who struggle to support themselves and their families nationwide.

“People don’t come here [payday loan locations] because they want to, they come here because they don’t have other options. We want more options to be available. If this is the only option, we want it to be more controlled and less predatory,” she said.

The members say a federal liberal promise to reign in high-interest lenders has yet to be fulfilled. They say it needs to be a priority, especially as pandemic subsidies end.

ACORN says its own survey has found more than 83 per cent of people seeking payday and instalment loans do so just to meet basic needs, including food and rent.

It is the same story for a mom who has been trying to pay off a $300 loan for two years. Yet, Dezeare Sturgeon says all she can manage to cover is the $40 monthly interest.

“I’ll never be free. I just can’t afford to do it. I’ll be stuck in this forever,” she explains.

ACORN says payday loans are only part of the problem. The group contends instalment loans, which typically start at $1,500 often carry a 60 per cent interest rate.

Members are demanding the federal government force high-interest lenders to reduce the number to no more than 30 per cent, including fees.

They also want more lending options for those facing financial insecurity, including Morrison.

She says she’s about to lose her apartment as her landlord sells to benefit from the soaring real estate market.

Meanwhile, as Morrison struggles with payday loans to get food, she can’t find affordable housing.