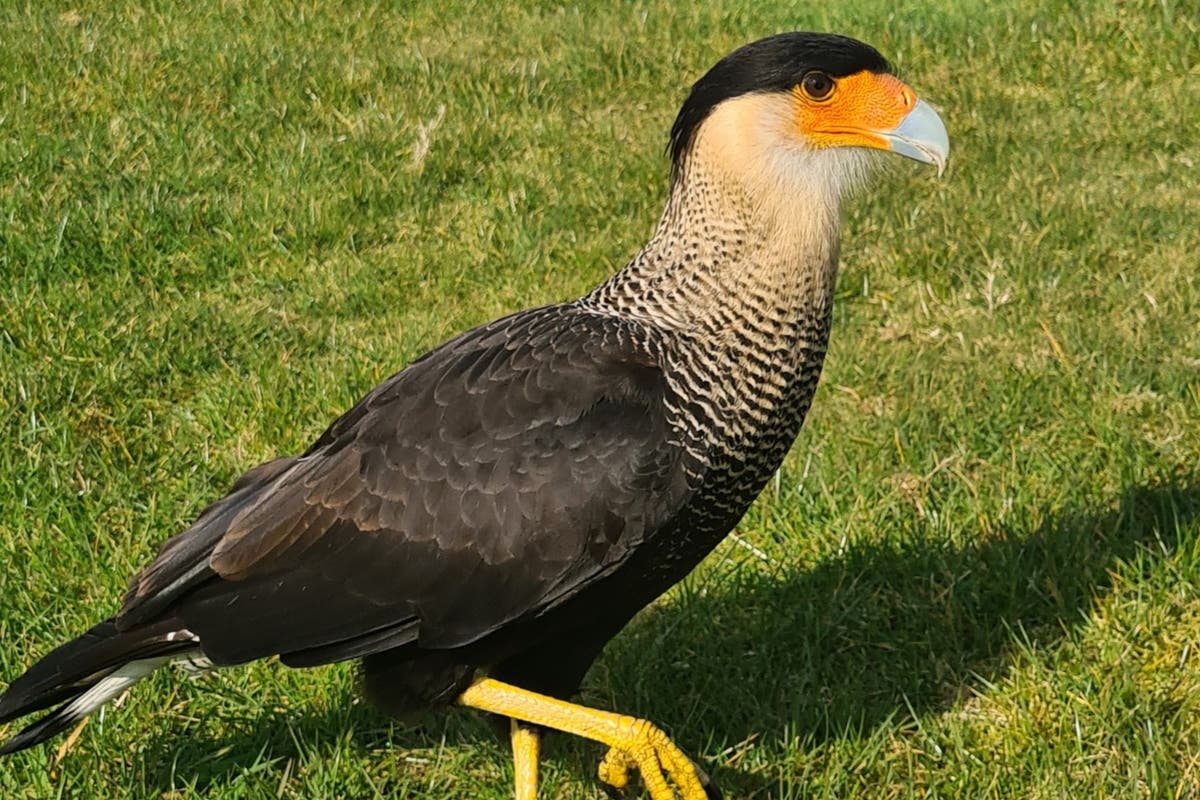 mother has revealed that an escaped bird of prey swooped on her family picnic miles away from her London Zoo captivity.

Jester, the Crested Caracara, escaped by flying off over Regent’s Park during routine training and has been on the run for more than two weeks.

One of her latest spotters is Becky Horton 38, who watched Jester scavenging for food just metres from her family who were having a picnic in Streatham Common.

The NHS manager told Metro: “I have got a three-year-old and a toddler and it was probably about half the size of him.

“It was about three metres away.

“I took a few pictures and would have taken more, but I didn’t want to stick around with the children there.”

Jester was spotted “happily sitting in a tree” after feeding off worms yesterday at Mayow Park in Sydenham.

The bird was pictured walking away from an exasperated zookeeper trying in vain to coax the bird into a travel cage with snacks.

London Zoo said: “They are well equipped for surviving in an urban ­environment as they scavenge for carrion or food in bins.

“The team will continue to encourage Jester into her travel crate so they can bring her back home, where her brother Joker is waiting — alongside a celebratory meal of her favourite quail and crickets.”

The crested caracara has a wingspan of about 1.2m (4 ft) and looks like a cross between an eagle and a toucan.

In the wild it normally can be found across the southern US states, as well as parts of Central America.