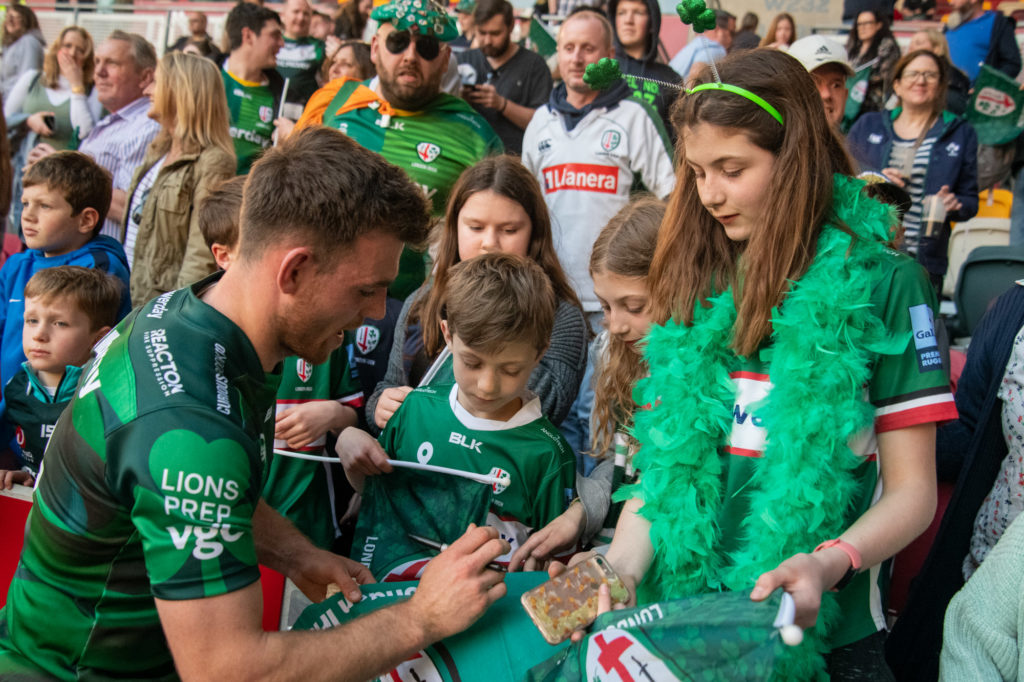 AFTER a three-year wait, London Irish have finally been able to host their annual St Patrick’s Day match for their fans  – and what a party it was.

On Saturday, March 26, the Irish-themed celebration was, for the first time, held at their new home, the Brentford Community Stadium in west London. 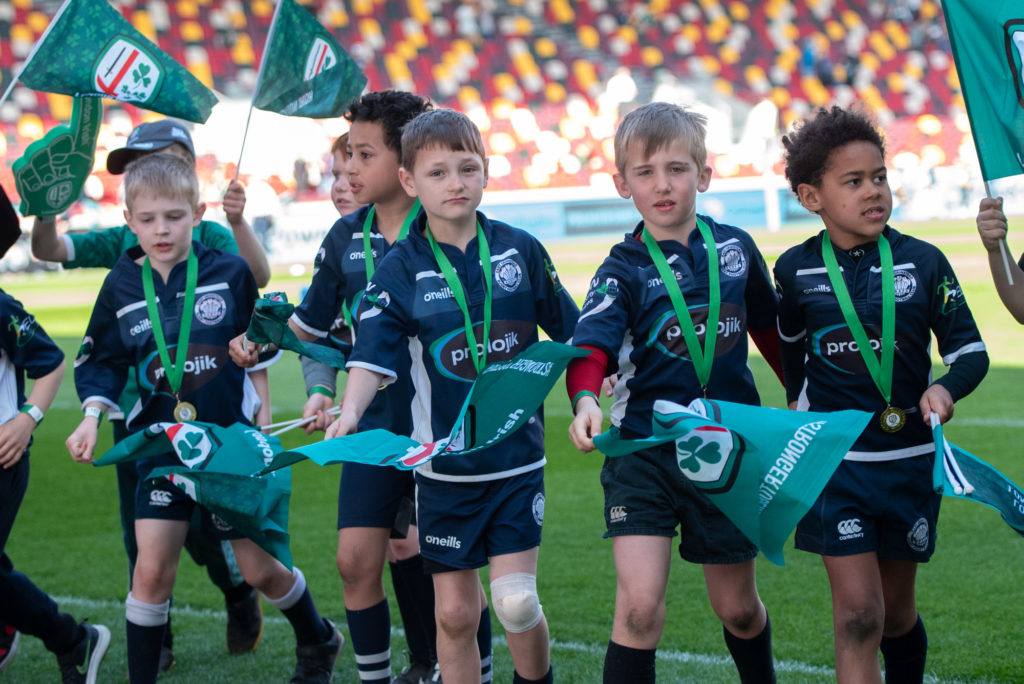 And, following a season played behind closed doors, London Irish opened their doors to host a home-warming party in style. 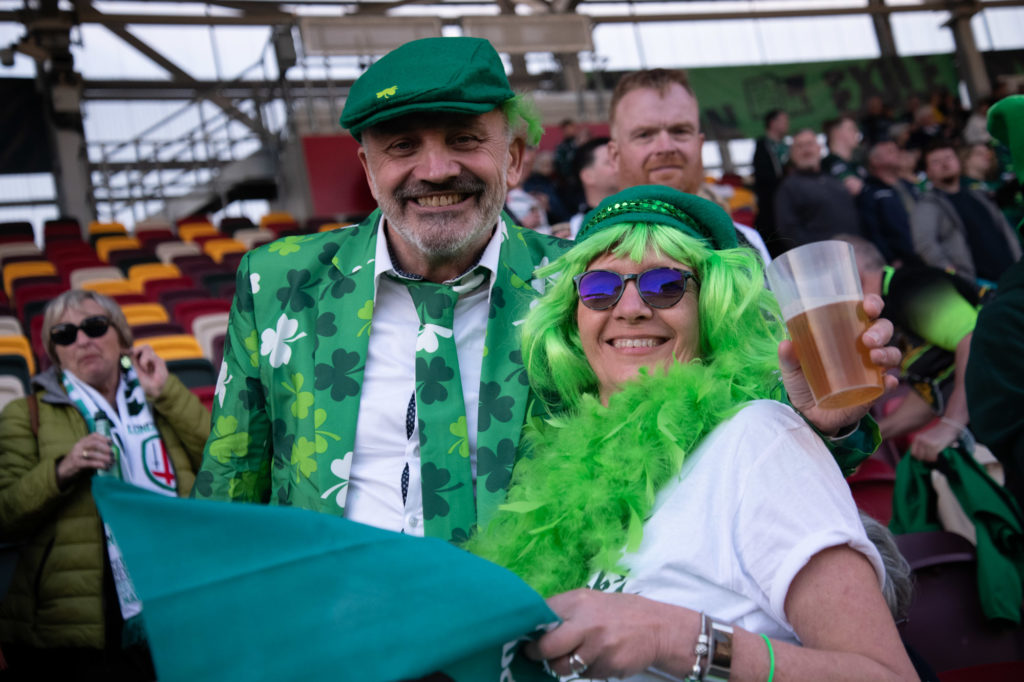 Music was provided from The Reels, Bible Code Sundays, and The London Irish Community Choir and a display of Irish dancing came from the Scoil Rince Céin Oir Irish dancers. 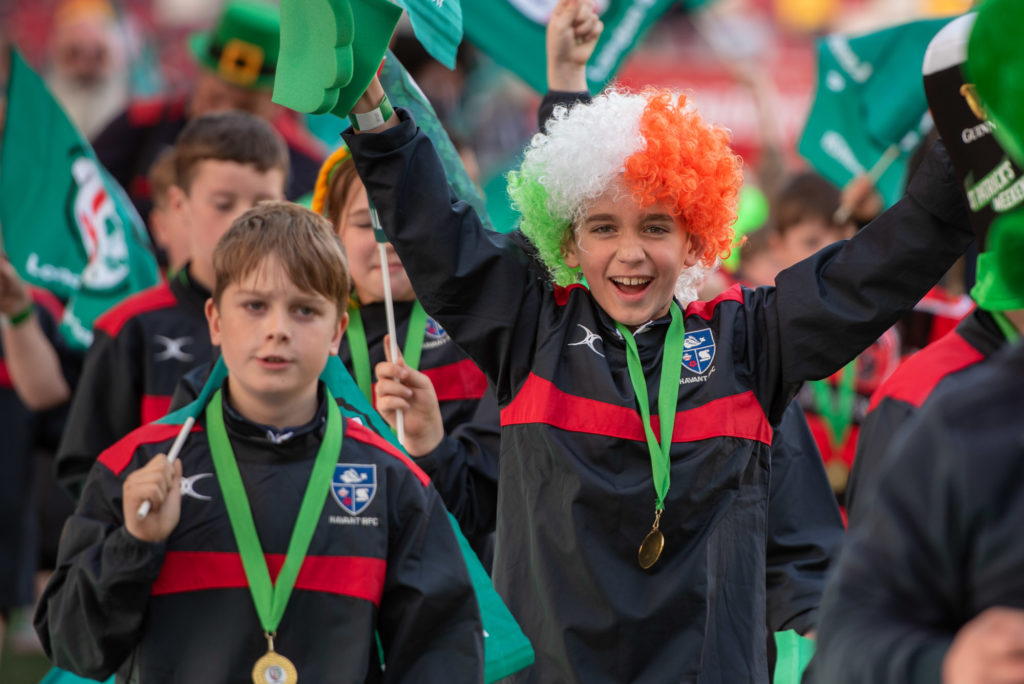 74 mini rugby teams took part in a rugby festival ahead of the game (PIC: CHris Egan)

Add into the mix a sun-drenched stadium and over 1000 mini and junior rugby players who  were invited to walk around the pitch and you have the ingredients for a great celebration. 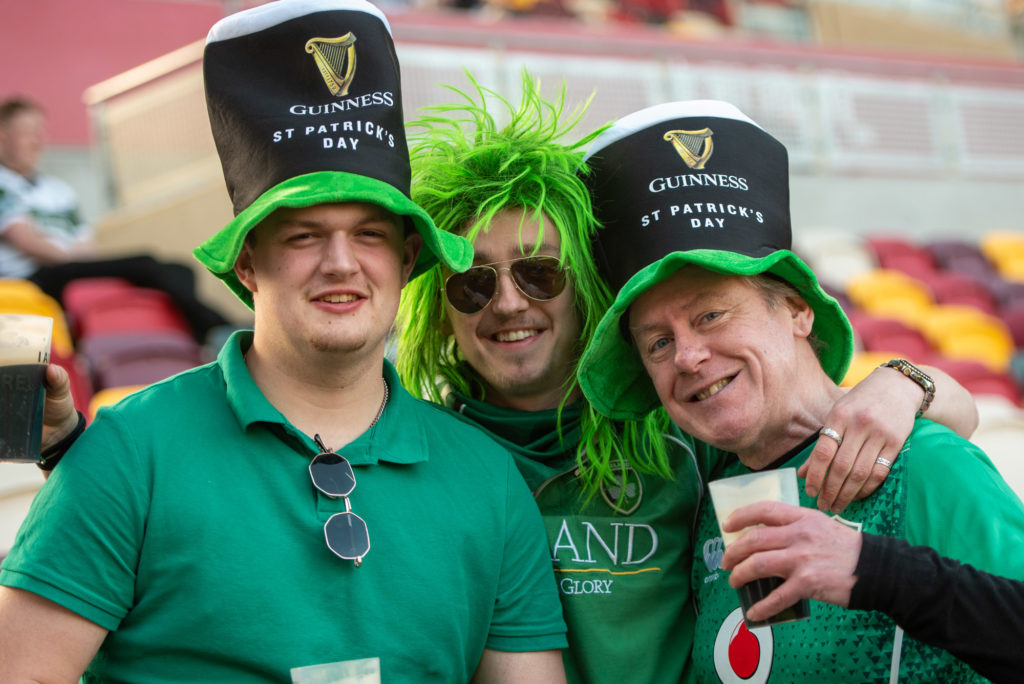 Hats off to the fans who came to support the London Irish at their new home (PICS: Chris Egan)

On the pitch there was still a match to be plated, with London Irish going up against Northampton Saints.

Ollie Hassell-Collin got the scoring underway for London Irish with a try within the seventh minute. 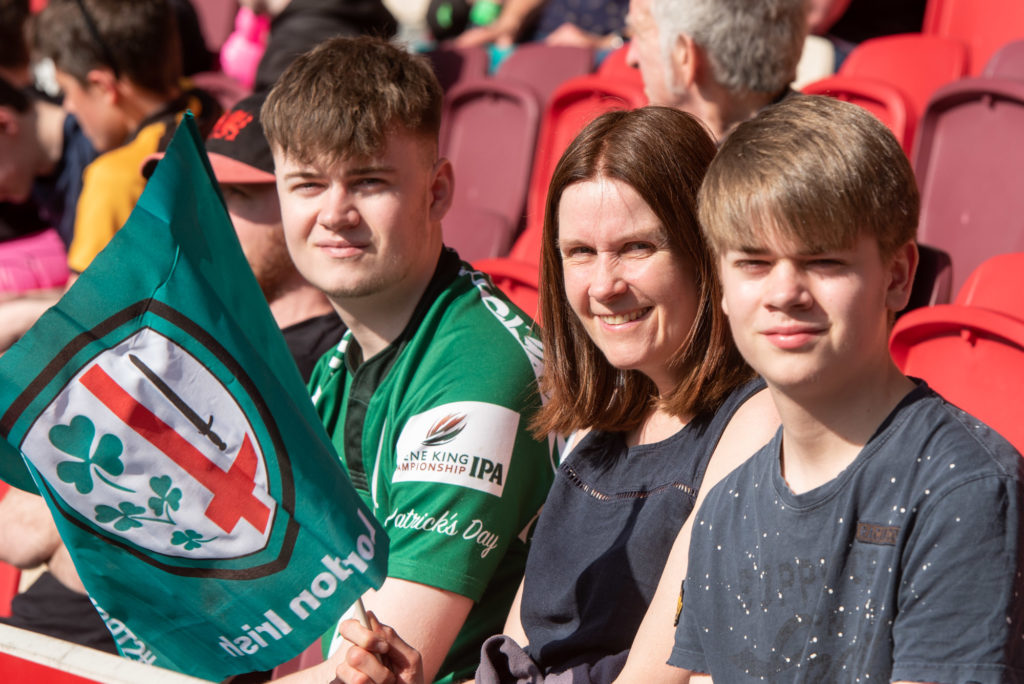 With Paddy Jackson failing to get the conversion, he quickly made up for the mishap with a penalty in the tenth minute to take the score line to 8-0 and all seemed to be going well for the Exiles. 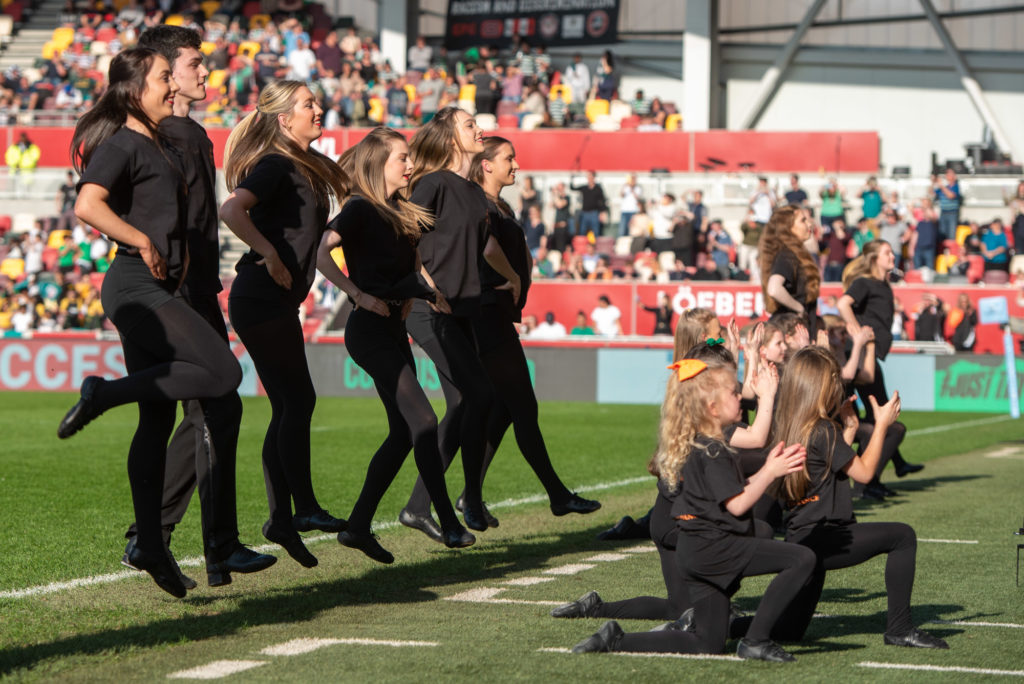 But a record-breaking 15,085 person crowd at the Exiles’ new home for the match and two second-half tries from Nick Phipps were not enough to overcome the on-form Northampton Saints. 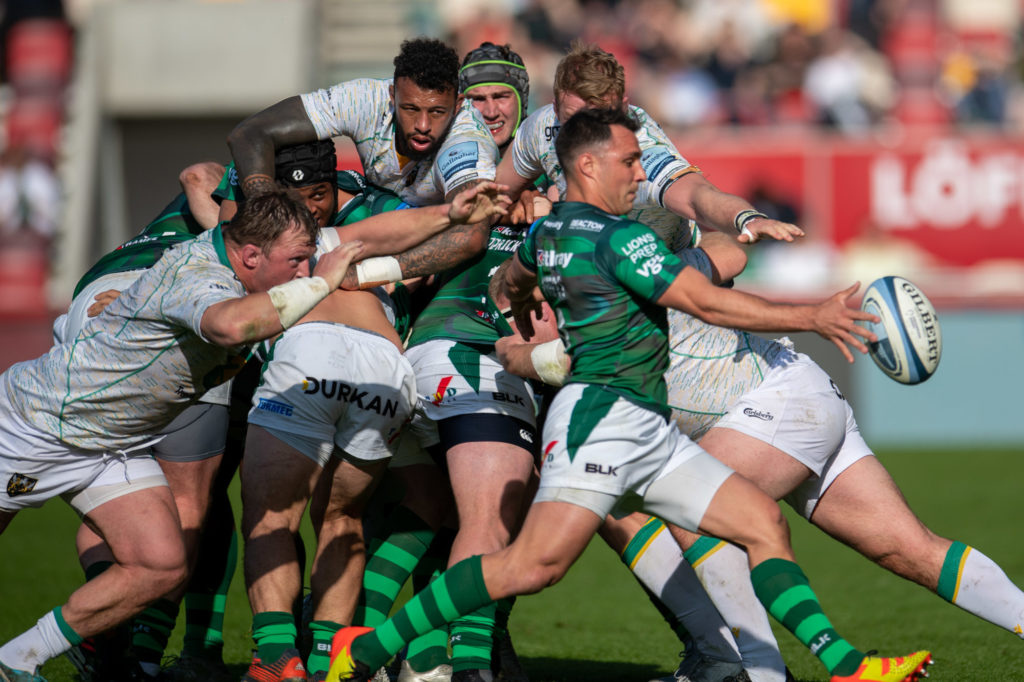 Following the match, as the crowd began to leave the stadium, the Bible Code Sundays took to the stage to play a concert. 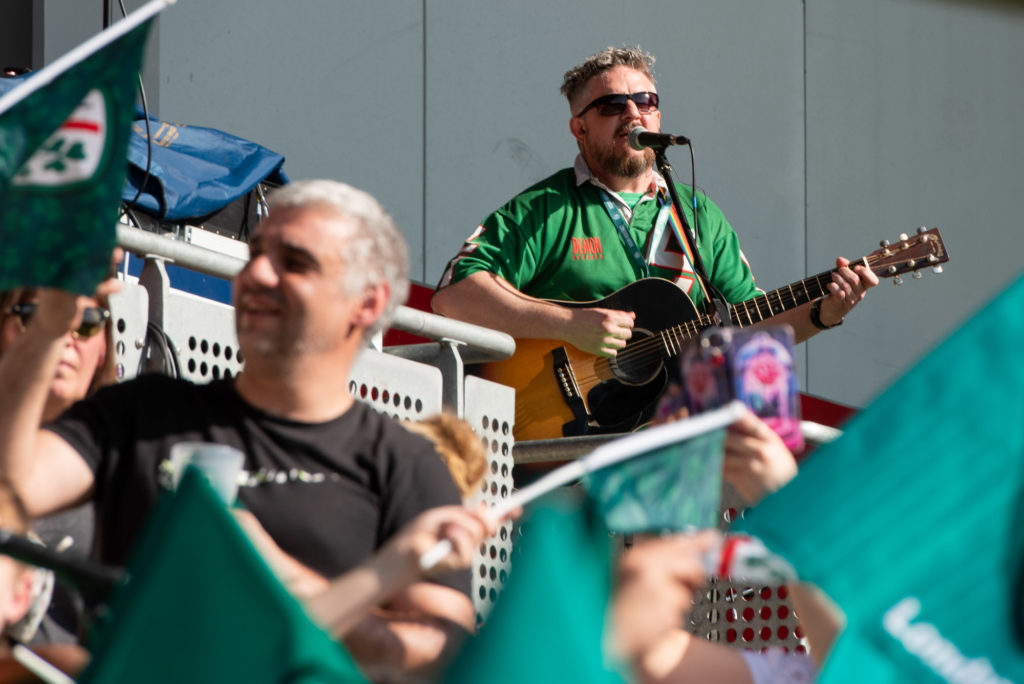 London Irish players took the opportunity to thank the crowd, pose for photographs and sign flags and memorabilia.