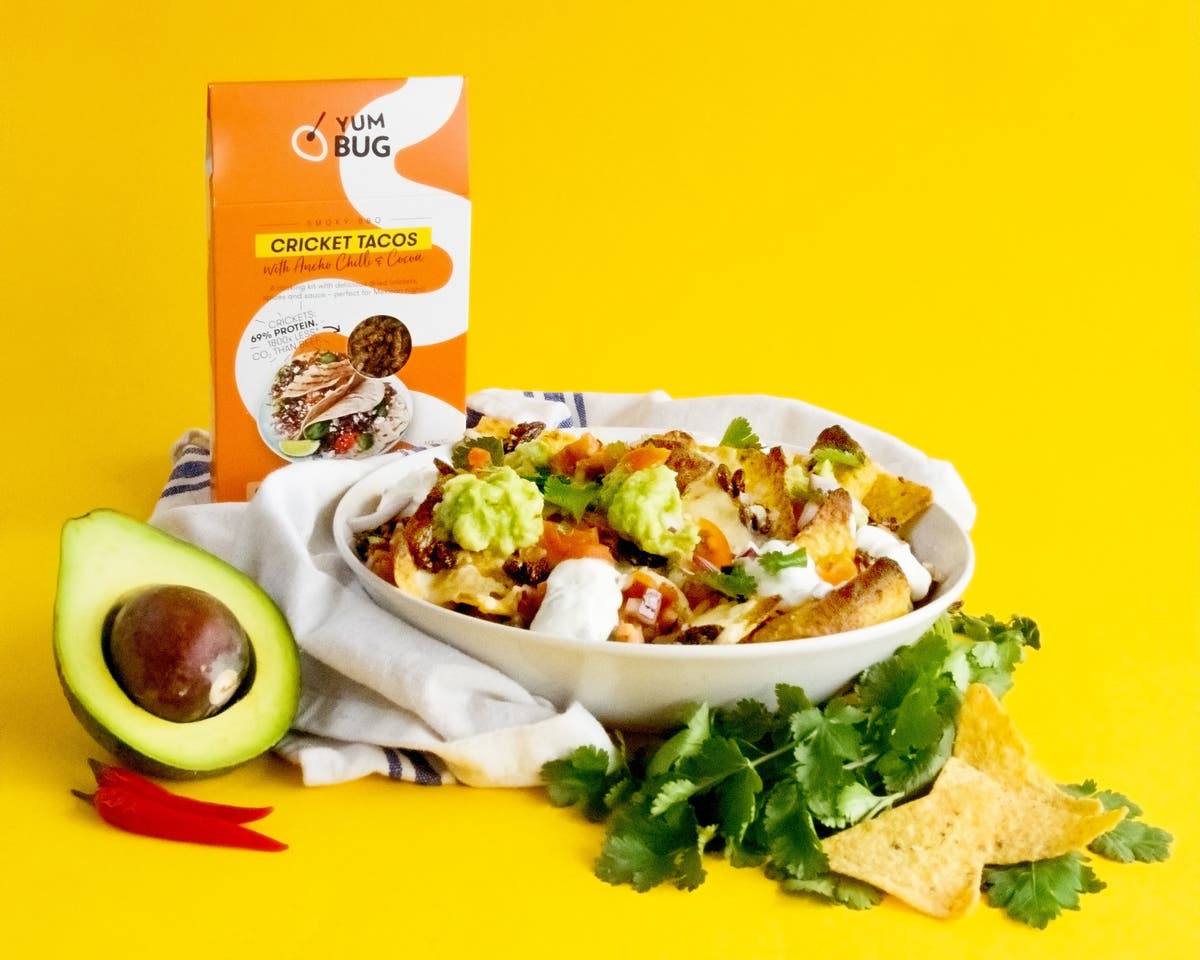 Businesses wanting to sell bugs as food in the UK have warned they are in limbo because of post-Brexit trade law confusion.

Ministers have been urged to update food standards law to stop British traders falling behind their EU counterparts because of a lack of transition arrangements after Brexit, amid concerns that some could be shut down.

The Woven Network, a trade body representing edible insect businesses, hopes that a decision from the Food Standards Agency in June will give them blanket approval to trade across the UK.

But until then they sit in limbo, with local food standards officials able to prevent companies from selling bug-based produce if they believe it is not safe to eat.

Maisie Paddon – who had hoped to sell insect-based burgers, sausages and curries through her company Be Bugs at the Glastonbury Festival this year – believes this contributed to her inability to trade at the world-renowned music event, where competition for food stalls is high.

“We’ve got a five-star hygiene rating, which is great. But, of course we weren’t surprised when we got our response from Glastonbury,” the Woven Network member said.

“They had to contact my local authority, and they [the council] were of the understanding that insects are illegal.”

Aaron Thomas, who runs meal kit delivery company Yum Bug from north London, added: “There is always a risk that we will be shut down.

“We’ve only just had an inspection from our local environmental health officer but… they might have a conversation with a different EHO or someone more senior in their office, that maybe has a different opinion on insects in general, maybe they haven’t had as much experience, and they tell them: ‘Actually no, I think you should be shutting the company down’.”

The growing industry includes food shops, meal delivery kit companies and suppliers to major supermarkets, and has made an estimated £6m revenue over the past decade.

Challenges for edible insect traders started in 2018 when the EU introduced food regulations that classed edible insects as a “novel food”, meaning that they had to undergo new safety checks in the UK as well as the EU.

While temporary arrangements were discussed by the bloc, to allow traders to operate while permanent trading applications were made, when the UK officially left the EU in 2020 no transition for edible insects had been agreed, leaving UK traders in the dark, while EU vendors have since been given the green light.

Mr Thomas added: “What we’re hoping to see now is the government to implement a new transitional measure that basically doesn’t stop us from trading the species that we’re currently trading until a decision is made.”

Aaron Thomas, who runs the meal kit delivery company Yum Bug from North London, said he fears being shut down

The Woven Network is also applying for permanent approval to sell food containing crickets and mealworms, and have been working with the European edible insect industry to provide evidence that they are safe. But assessing these applications could take up to 18 months.

Prior to the new EU food regulations, people had been able to eat and trade insect products freely in the UK, and were doing so “entirely legitimately over many years”, according to Nick Rousseau, a director of the Woven Network. He added: “We have total confidence they are safe. The FAO, the global Food and Agriculture Organisation, says they’re safe, so long as your farming and product development practices do not introduce contaminants or other risks. So inherently, they’re edible.”

While a 2013 UN report promoted bugs as a future solution to food scarcity and the climate crisis, Perez Ochieng, who runs Sacoma Health Foods in east London, said the UK’s ageing population could benefit from the nutrition and high protein content of edible insects.

“These are people who need high-protein nutrition products, and edible insects are a good ingredient when you’re looking at people who need to build their muscles,” she said.

Labour MP Stephen Timms raised the issue of a transitional arrangement for edible insects with the government on behalf of Ms Ochieng and her fellow traders.

Mr Timms told PA: “Successful small businesses are in difficulty because, unlike in the European Union, regulation in the UK has been allowed to fall behind. I hope this will quickly be addressed and put right.”

The government wrote to Mr Timms, telling him that a decision on next steps for the edible insect industry “will be made in due course” by the Food Standards Agency (FSA).

Michael Wight, head of food safety policy at the FSA, said: “We are aware that edible insects, as part of the alternative proteins market, can offer benefits, most notably for the environment.

“We are working hard to support and advise businesses and trade bodies so that they can provide high-quality dossiers and evidence as part of their novel foods applications.”

UK road wars rev up ahead of local elections – POLITICO