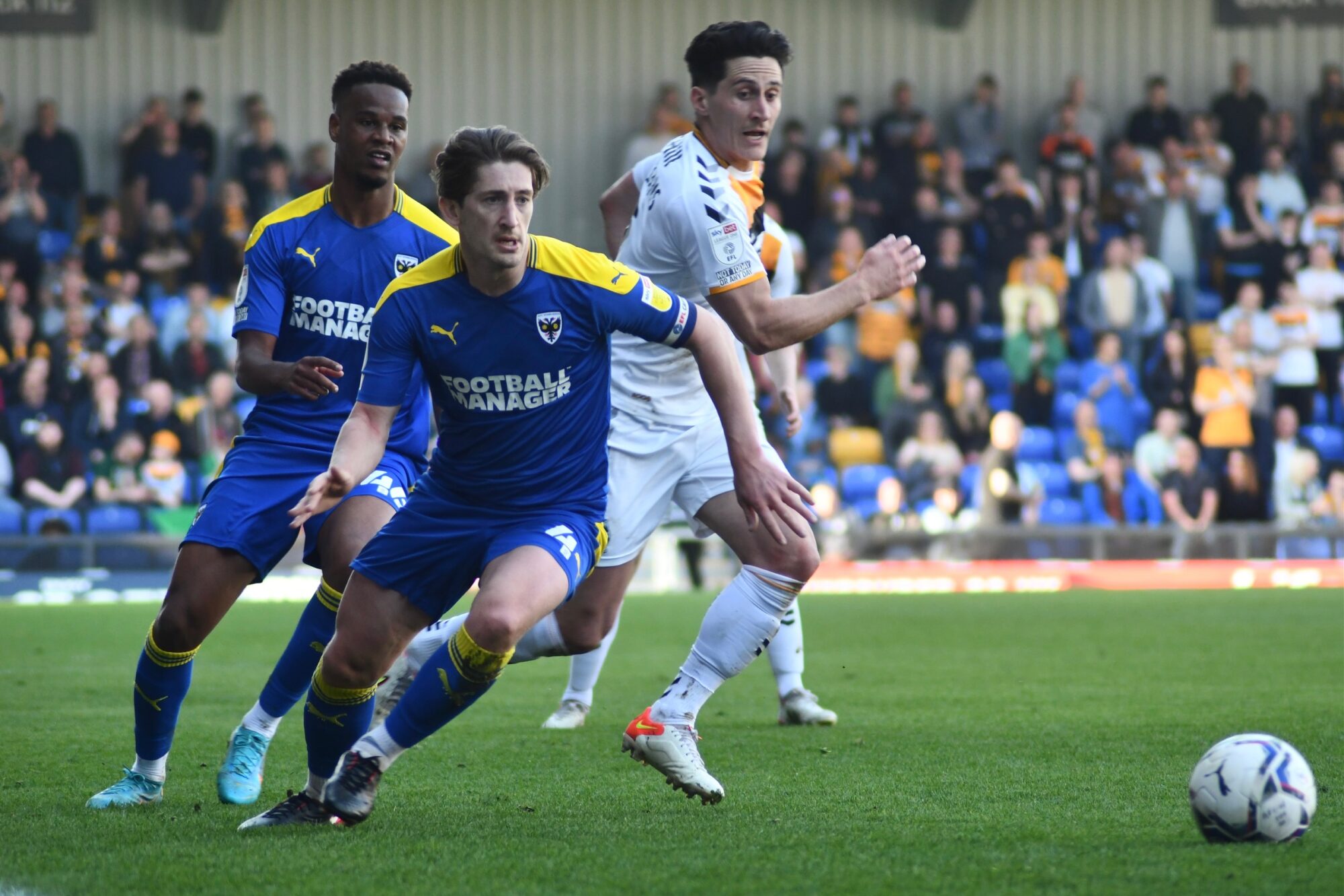 Mark Bonner’s side took the lead seconds after half time when Adam May’s shot from distance beat Nik Tzanev and flew into the top right-hand corner.

Wimbledon only recorded one shot on target during the 90 minutes – Henry Lawrence’s tame shot from the edge of the box, which Dimitar Mitov comfortably saved.

Cambridge had failed to pick up a win in their last five games prior to coming to Plough Lane.

The Dons are now 21 games without a win and are a point from safety.

“I didn’t think we were great first half, but we were definitely the better side,” said Robinson. “But 30 seconds in [to the second half] they scored, and then that’s the worrying bit from then on, as the performance lacked real quality.

“We looked flat, and the lack of quality had a spiral effect on our performance. When we got in any decent areas, the crossing was poor, the touches were poor, the passing was poor, and we were giving the ball straight back to them. It just made it really difficult.”

When asked if May’s goal, so early into the second 45 minutes, was a punch to the gut for his side, Robinson added: “It was, but the thing we always prided ourselves on early [in the season], was when we went a goal down, you always thought that we were that team who could come back into things.

“Of course, it was a real punch to the gut, but we also could have done better leading up to the goal.

“All week, we talked about [May], and what a great shot he has and what we needed to do to stop it, but we haven’t done that.

“I still believe that we should have had enough out there to get something. It was never as though we didn’t get into any forward areas in the second half, but when we did get there, it was just a massive lack of quality in anything we did.

“What’s won them the game? A bit of quality. We had the one chance that we blazed over the bar.

“We didn’t carry any threat from corners or free-kicks – the deliveries weren’t good enough. All these things go into one big melting pot, and you just end up with a really inept second-half performance.”

Chips off the old block: the chefs teaching their kids to cook | Food