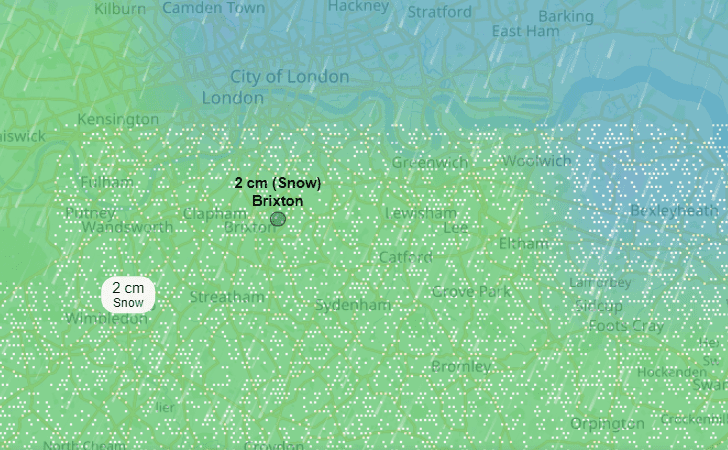 You can barely credit it, but after a week of glorious sunshine and temperatures pushing the 20C mark, the UK (including London) is now bracing itself for a wintry blast within the next few days – with snow being forecast across the country.

The shock pivot in temperatures has been confirmed by the Met Office, who warn that a cold air mass will push in from the north on Tuesday. According our top weather officials, some regions could see the mercury plummet to -3C.

“By Tuesday a cold air mass will attempt to push into the north of the UK and slowly sink southwards. Showers will be possible for much of the UK, although most frequent in the north and east, some of which are likely to be wintry in nature.”

“Nighttime temperatures in the north could sink to –3C in isolated areas.”

Where will it snow in the UK this week?

From Wednesday 30 March, flurries of snow are predicted to reach the north-east of England and the Pennines. As we reach the early hours of Thursday morning, more flakes are forecast to fall across the Midlands, with light dustings on course for North Wales and East Anglia.

Weather forecasting tool Ventusky suggests that Northamptonshire could receive upwards of 4cm of snow – and this data has been supported by the latest input from Met Office Chief Meteorologist, Paul Gundersen

“There’s a chance of falling snow. We’ll be seeing a marked drop in temperatures for most with colder air arriving from the north. This will see maximum temperatures drop into single figures for many areas, and below freezing overnight.”

London on course for snow – before April Fool’s Day!

And, would you believe, numerous forecasts are saying that LONDON will also experience snowfall on Thursday morning…

Icy showers are likely to impact north-westerly and southern regions of the capital, as temperatures barely keep themselves above freezing on 1 April. It may land just before April Fool’s Day, but this weather forecast will be snow joke for London’s commuters!