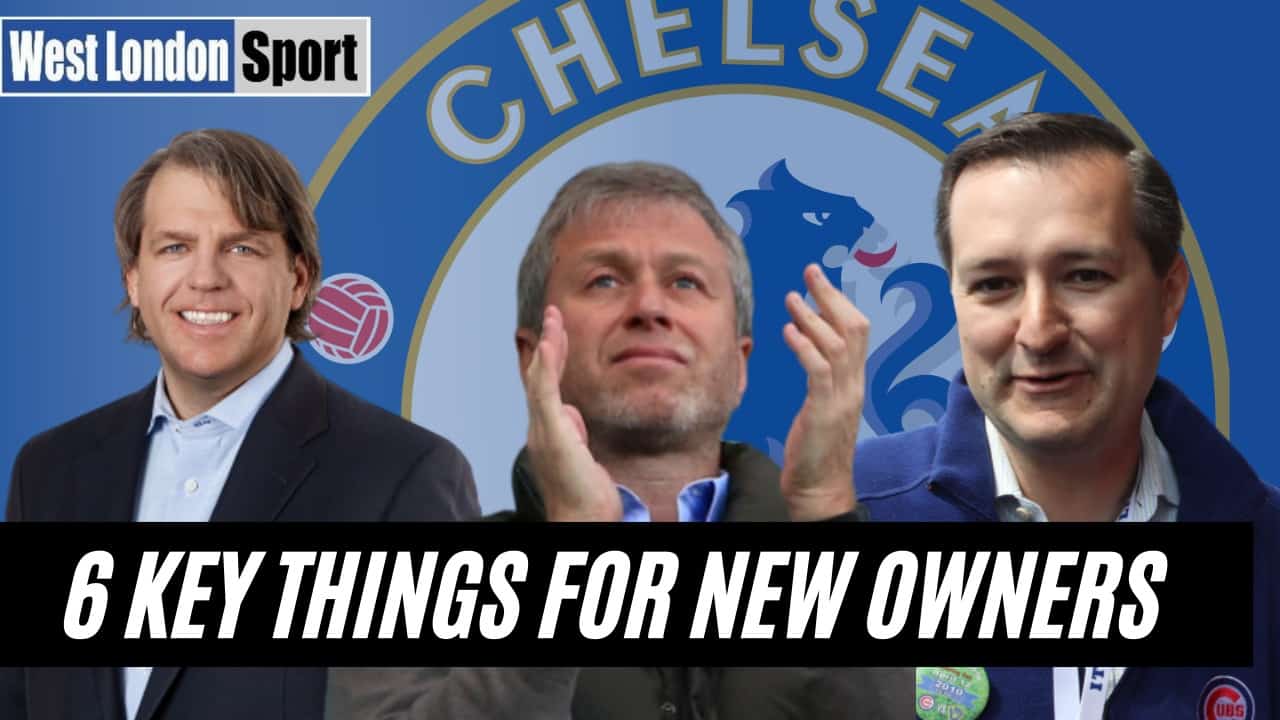 The decision over who Chelsea’s new owners will be is yet to be finalised, with the Raine Group in the process of putting together a shortlist of preferred bidders.

Chelsea were earlier this week told they would be able to sell some types of tickets again but are still operating under a special licence which prevents the club from buying and selling players, offering new contracts and from selling merchandise.

The club has attracted plenty of interest from all over the world – with several possible buyers having already confirmed their intent to purchase the European champions.

But whoever takes over the club – whether it be Sir Martin Broughton’s consortium, Todd Boehly’s group, the Ricketts family or someone else – they will be faced with some immediate issues which must be prioritised in order to get off to the best start.

West London Sport’s Dan Bennett and Ollie Browning have selected what they believe to be six key things Chelsea’s next owners should concentrate on.

These include a plan for Stamford Bridge and whether Chelsea will move to a new stadium – which has long been discussed – and the futures of the club’s out-of-contract defensive trio Antonio Rudiger, Cesar Azpilicueta and Andreas Christensen.

They also discuss what the club’s transfer policy could look like once Roman Abramovich’s departure is confirmed, the importance of investing in the team’s youth set-up and loads more.