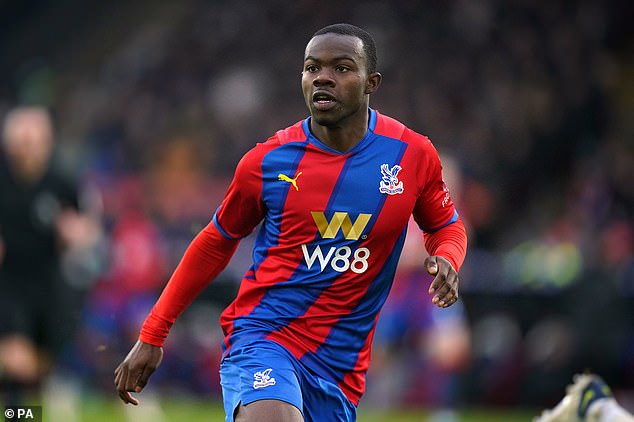 Tyrick Mitchell’s sensational rise to the top continues after he received a call-up to the senior England squad earlier this week – raising the prospect of representing his country for the first time at any level.

But while the pieces are starting to fall into place for the 22-year-old defender, it wasn’t all that simple growing up in Harrow, north London – a stone’s throw away from Wembley Stadium.

Raised in a single-parent household, Mitchell’s father was in and out of prison and left his mum to survive on benefits to support Tyrick and his two older sisters.

Life certainly wasn’t easy for a young Mitchell but he recognises that it shaped him and made his journey that much more special.

‘That whole scenario built me into a man so much quicker,’ he told the Evening Standard.

‘Sometimes when you have two parents, or when you are given everything you want, you are kind of shielded from the real world.

‘Now when I enter the real world, and you don’t get everything you want or you have to work even harder, I am able to do that with ease. It is no problem.

‘It hasn’t been the easiest of routes, but that’s what makes everything more special and humbling to me.’

Speaking about the support of his mother, Mitchell told Palace TV: ‘She’s proud, every time we play a match she calls me straight away telling me how I’ve done.

‘She’s a football fan, but not like a hardcore one. But I can see that she’s trying to understand it and the other teams because I’m out there.’

While Mitchell and his family managed to get by off the pitch, he had no issues on it and showed huge amounts of promise from an early age.

His versatility was utilised by youth coaches, with Mitchell used in defence to see out games, thrown up front to get the team goals, or placed in the centre of the park to dictate – he could do it all.

After shining at local club Pinner Albion, Mitchell was offered trials with Watford Under 10s but the shy kid would often be a no-show at the sessions because he ‘didn’t really take football that serious back then’, according to his former coach – and now his agent – Abdi Farah. 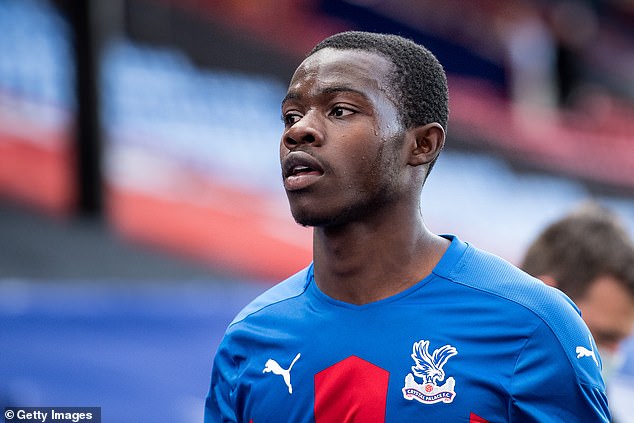 Born in Brent, north London, Mitchell was raised in a single-parent household by his mum

However, his talent was so glaringly obvious that Watford told Farah to keep Mitchell in the game and become the mentor he needed to succeed.

Farah told Palace TV: ‘Watford were quite keen, but he just wasn’t turning up. So they were like, “Abdi this is one that you need to put your arm around and you know, try to make sure he stays in the game”.

‘And he was just a class above everyone. He had everything, technique, athleticism, he had that desire. You couldn’t get a word out of him at that age so we just thought “no problem”, because my background is in youth work. You just have to give them their own time in their space and treat them as an individual.’

In 2012 Mitchell joined Brentford’s academy and continued to show plenty of promise, earning him a place in the Bees’ Under 18s squad despite being 15 years old at the time. 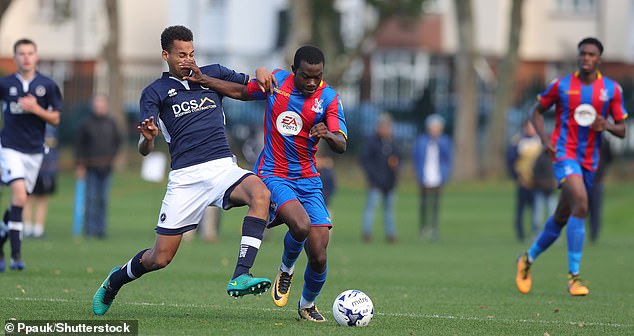 Left-back Mitchell playing for Palace Under 18s against Millwall U18s back in 2017; he has gone on to cement the role in the first team as his own following departure of Patrick van Aanholt

It wasn’t all plain-sailing at youth level, though. On his debut for the U18s, Mitchell endured a nightmare start after he was sent off while the Bees were 2-0 up against Sheffield United, when all three points would guarantee them the title.

Disaster struck when the Blades were able to turn the result on its head, winning the game 3-2 and seeing the club’s title hopes go up in smoke.

Jon de Souza, Mitchell’s coach at the time, told The Athletic: ‘I was delighted. What better way is there to learn than on your Under 18 debut (than by) costing the team the league? It was terrific for his long-term development.’

Four years after joining Brentford’s academy and being offered his scholarship, Mitchell hit one of the first major bumps in his career when he was forced to leave the west London club after they closed their academy down in May 2016 due to financial reasons. 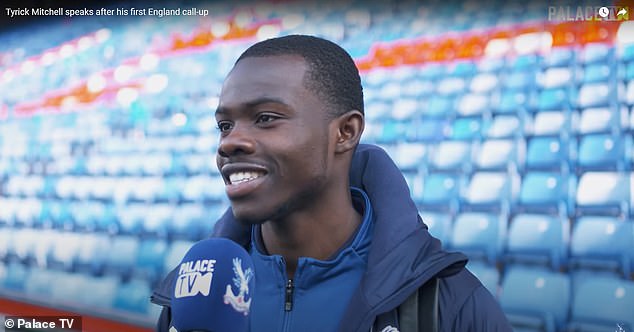 Left to find a new club, Mitchell decided he wanted to stay in London and be close to his mum, which saw Crystal Palace swoop in and recruit the teenager.

Rising through the ranks with Aaron Wan-Bissaka – now at Manchester United – on the opposite flank, Mitchell continued to develop in south London before being handed his big break for Palace when he came on as a substitute in the club’s 3-0 win over Leicester in the summer of 2020.

He has gone on to cement the left-back role as his own following the departure of Patrick van Aanholt and has started every Premier League game this season – all without picking up a single yellow card.

His performances in red and blue have caught the eye of England boss Gareth Southgate, who called him up to the Three Lions squad for upcoming friendlies against Switzerland and Ivory Coast this month.

Speaking with Palace TV the day after hearing the news, he said: ‘It’s a dream come true. I never, ever thought it would happen so quick, so I’m literally over the moon. 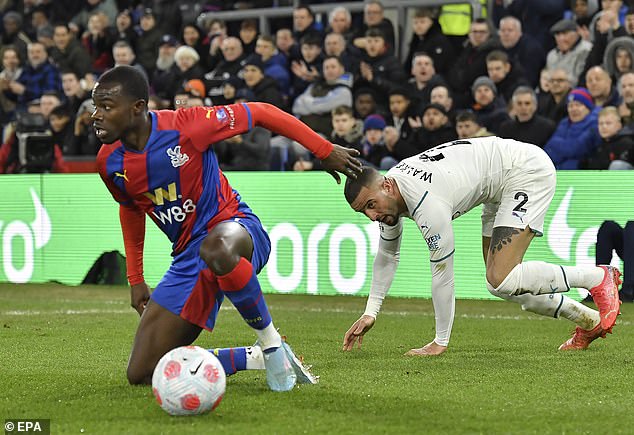 ‘I got the text and couldn’t believe it and was lost for words.’

The sheepish Mitchell kept the news from his mother until the right moment.

‘I didn’t even tell her. I was waiting for it to get announced,’ he revealed.

‘That’s one of her dreams, to see me play at Wembley.

‘Wembley is so close to home so to be called up for England and be around it and be in Wembley Stadium is literally a dream come true.’

Now, ahead of this month’s two friendlies and an April FA Cup semi-final with Palace at Wembley, Mitchell will finally be able to fulfil his – and his mum’s – lifelong dream of playing under the famous arch.