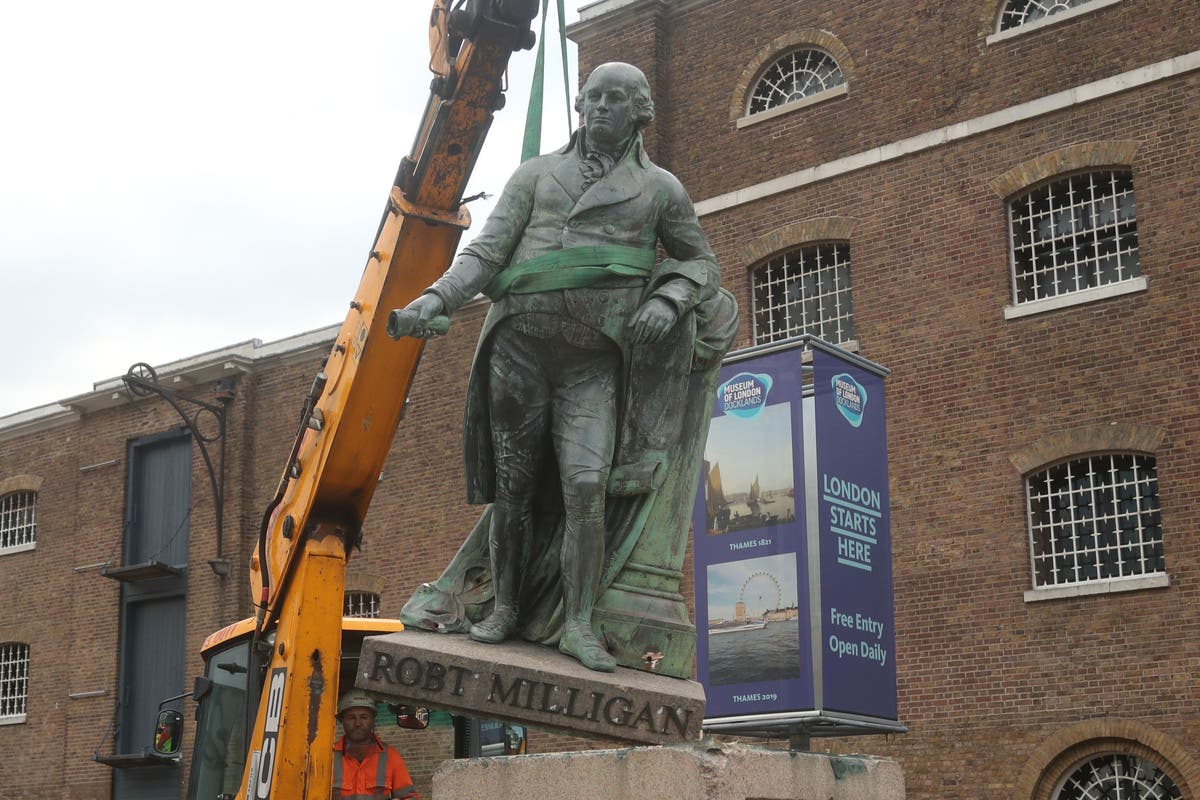 statue of merchant and slave trader Robert Milligan will join the Museum of London Docklands collection where it can be “contextualised”.

The controversial landmark was taken down from its plinth at West India Quay in the Docklands in June 2020.

The bronze statue, which had stood in east London since 1997, was removed following a petition – launched by local Labour councillor Ehtasham Haque – which was signed by more than 4,000 people.

Its removal came days after the toppling of the statue of slave trader Edward Colston in Bristol during Black Lives Matter and George Floyd protests.

The acquisition of the Milligan statue followed a public consultation, in partnership with Tower Hamlets Council and landowner Canal & River Trust, which said it should be housed in a museum where it can be fully contextualised.

Ros Daniels, director for London and the South East at the Canal & River Trust, said: “Although views were mixed about the treatment of the statue, many were united in feeling we should not shy away from telling all aspects of our history.”

The Museum of London Docklands is one of three museums in the UK to address the history of the transatlantic slave trade.

In a statement, it said: “Over the last 15 years, the museum has been working with academics, community leaders and activists to tell the story of London’s involvement in the transatlantic slave trade and give voice to its legacy.

“The West India Docks, championed by Milligan using wealth from the slave trade, are a visible reminder of how this history has shaped our city.

“It is right and important that we acknowledge this in the statue’s story.”

The statue will become part of the museum’s permanent collection this month but will be held in storage while it consults with local communities about the best way to present it.

A decision has yet to be taken on the statue’s plinth, which remains at West India Quay.