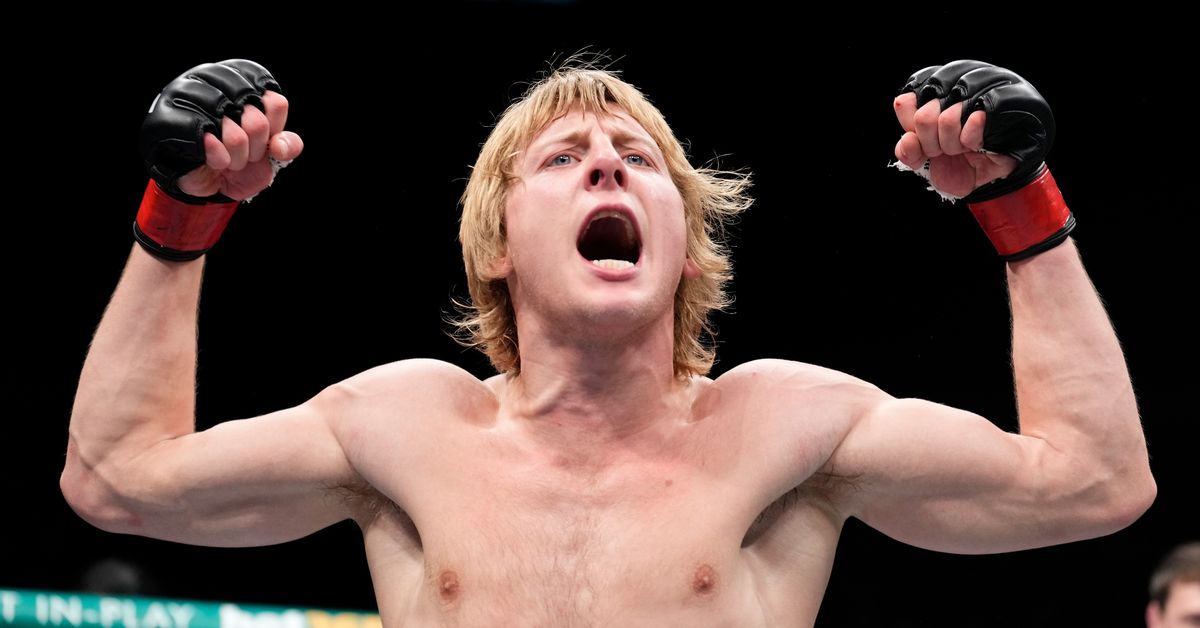 Paddy Pimblett may have been one of the biggest draws of the UFC’s record-breaking trip to London, but his paycheck wasn’t exactly breaking the bank.

The 27-year-old lightweight sensation revealed Tuesday in an interview with Barstool Sports that he earned a purse of just $24,000 for his first-round win over Kazula Vargas.

Purses for UFC athletes are generally concealed from public view for events the promotion runs outside of the United States, however fighters are still free to reveal their salaries.

Pimblett has been hailed as a rising star for the UFC after his first two wins in the promotion, both of which generated significant hype and interest. The Liverpool native was one of the promotional linchpins for the UFC’s return to London this past Saturday, an event that broke records with a $4.5 million gate — the most in the history of The O2 Arena — and prompted UFC president Dana White to call it “the biggest [UFC] Fight Night [event] of all-time.”

Pimblett also received a $50,000 bonus for his finish of Vargas.

On Tuesday, “The Baddy” indicated that he knew what he was getting into when he signed his current UFC contract.

Pimblett’s performance certainly impressed White, as the UFC boss dubbed the Scouser as “the real deal” in the aftermath of UFC London and said the numbers generated by Pimblett’s fight on social media blew away the event’s headlining bout between English heavyweight Tom Aspinall and former Bellator champion Alexander Volkov.

“I’ll give you an example,” White said. “On my Instagram, I posted the faceoffs yesterday for the heavyweight fight [Aspinall vs. Volkov]. Did 120,000 views. Paddy’s faceoff did 1.3 million. So all the talk going into the fight about his walkout and all this s***, listen, it’s real.”

“His numbers say yes — he could headline a Fight Night [next],” White added.

Pimblett’s teammate Molly McCann also had her own breakout moment at UFC London when she scored a spinning back elbow knockout of Luana Carolina that McCann told MMA Fighting on Monday “possibly changed my life forever.” McCann revealed to Barstool Sports that she believed she earned a purse of $40,000 to show and $40,000 to win for her performance, in addition to a $50,000 post-fight bonus for her finish.

As for a next step, Pimblett said he was unsure when or where his next fight will be, but considering his current contract, it makes sense why he declared on Saturday that he won’t accept a “top 15 fight” until the UFC adds “some more zeroes to my contract.”

Pimblett and McCann’s full interview can be seen below.

Major changes to train services on Hounslow line in May | News