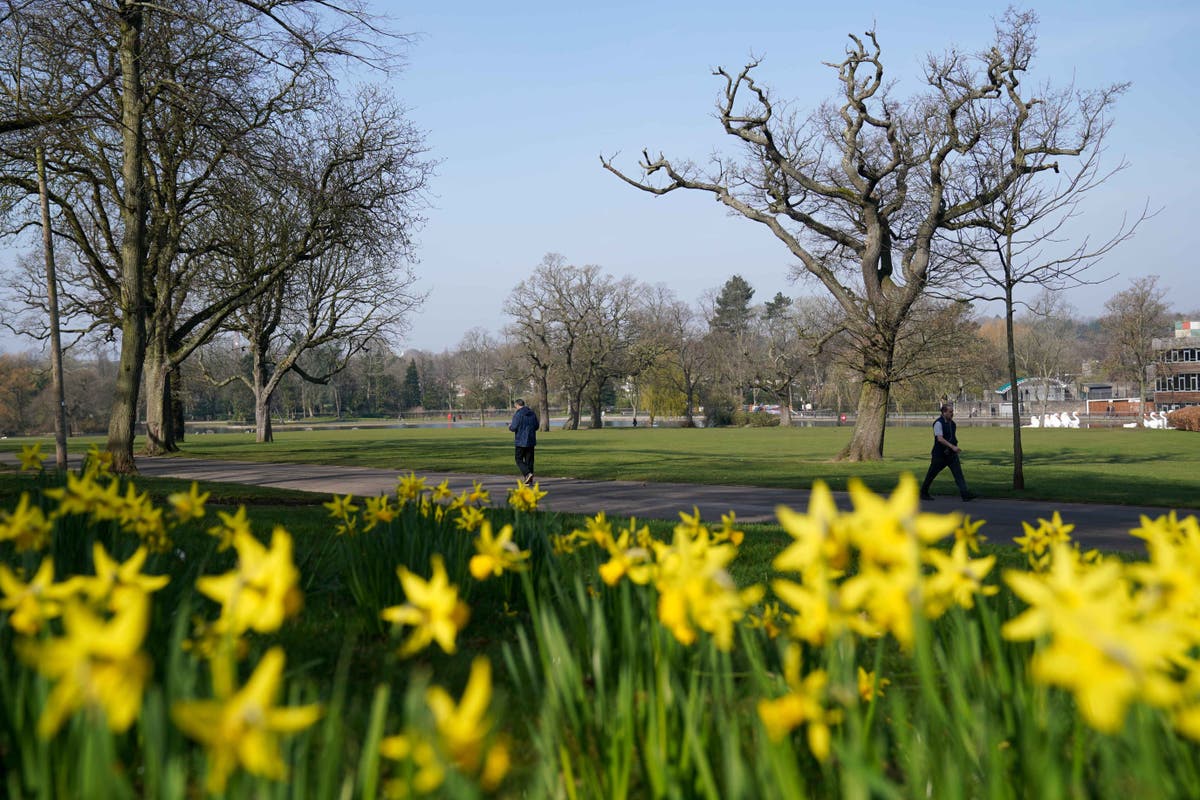 he UK is set for “plenty of sunshine” in the coming days, but the dry weather will also contribute to high levels of air pollution.

Forecasters say Tuesday has already been the warmest day of the year so far with the mercury hitting 20.5C in Northolt, west London.

The conditions are set to be dry and sunny across the country for the next few days before colder, wetter conditions return next week, according to the Met Office.

However, experts also say that south-easterly winds are blowing pollutants in from Europe and the settled UK weather is contributing a build-up of “high levels of air pollution” – especially in towns and cities.

Becky Mitchell, senior operational meteorologist at the Met Office, told the PA news agency: “Temperatures are rising quite quickly and there’s plenty of sunshine across the whole country today.

“Most places are staying dry and sunny and it looks very similar for much of this week – we hang on to that sunshine.”

Ms Mitchell added that temperatures hit 20.5C in Northolt in London, making Tuesday the warmest day of the year so far after Saturday saw 20.2C in Scotland.

But she added: “That obviously happens quite a lot – that through March we get the warmest day of the year so far.”

The toastiest two days of the current sunny spell will be Tuesday and Wednesday, when temperatures are forecast to be 20C, she added.

Ms Mitchell also said conditions will start to get “a bit more cloudy” across parts of Scotland from Thursday and colder, wetter weather will return next week.

“As we head into next week, it will probably start off sunny and dry, but we’re likely to start to see some showers as the week goes on,” she said.

“Temperatures are way above average this week but they’ve going to be a little bit below average by the end of next week,” she added.

Ms Mitchell also warned that air quality is “looking quite low”, especially in northern and eastern areas of the country as well as towns and cities.

“High levels of air pollution (are) expected in the next few days,” she said.

“That’s because we’ve got light south-easterly winds and that’s just dragging in pollutants from the continent.

“And I think because we’ve got very settled weather and it’s not particularly windy, it just means pollution levels can build up over a long period of time.”

Kingston hospital could be bulldozed for mental health unit

Secrets of the River Thames include Roman brothel tokens