Aleksandra Aukett, 44, sued the London Borough of Hillingdon after her student attacked her during class (Pictures: Champion News)

A teaching assistant who was ‘punched, pinched and kicked’ by a five-year-old boy in her reception class has been awarded £140,000 in compensation.

Aleksandra Aukett, 44, claims she has been left with ‘life-changing’ chronic pain following the frightening attack by the youngster, identified only as X, who was described as being ‘big for his age’.

Since the incident in March 2017, the assistant has not returned to the classroom at the west London school saying she still suffers from PTSD and depression as a result, and has to prop herself with crutches.

In a lawsuit against the London Borough of Hillingdon, the authority responsible for overseeing the school, Ms Aukett argued that more should have been done to protect her in the workplace.

‘I’m still restricted’, she told Central London County Court. ‘I’m nowhere near the level of mobility, fitness and health I was at before the accident.’

The court heard Ms Aukett was moving the rest of the pupils to safety when he launched himself at her in the corridor and punched her in the chest and pinched her. 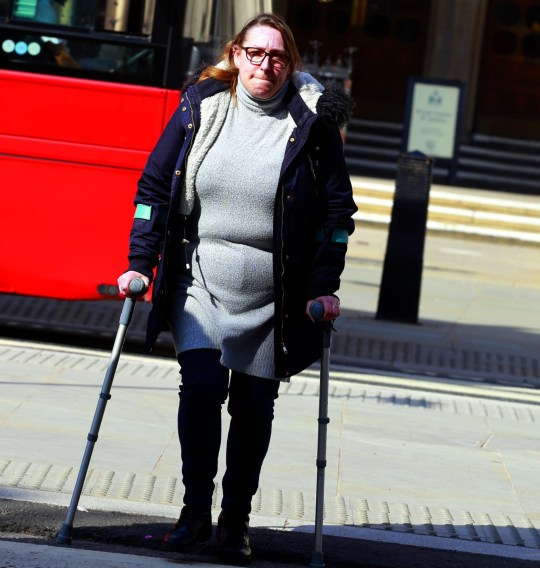 The teaching assistant was using crutches to support herself when she arrived at Central London County Court for the trial (Picture: Champion News)

‘He then kicked her in the hip and groin and legs’, Ms Witherington added.

The boy, who has learning difficulties, caused soft tissue injuries to the assistant’s lower back, chest and left buttock as well as long-term inflammation.

Ms Witherington said her client fully accepted his ‘vulnerable background but pointed out this was a ‘very nasty assault which had physical and mental health consequences for her’.

The unruly youngster had a record for ‘physically assaulting other pupils and staff’, said the barrister, adding: ‘It was reasonably foreseeable that this child would seriously injure either another pupil or one of the teachers.

‘If Ms Aukett had known about X’s condition/behaviour and/or had relevant training, then it was more likely than not that she could have taken steps to avoid the attack.’

However, lawyers for the London Borough of Hillingdon claimed Ms Aukett had been trained in how to restrain pupils and de-escalate such incidents. 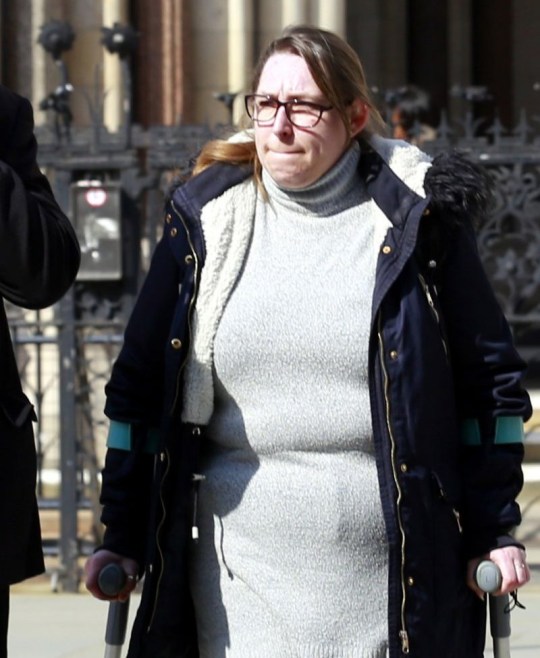 Barrister Roderick Abbott said the school did everything in its power to safeguard staff and pupils from any risk posed.

He highlighted a pupil risk assessment carried out on child X detailed potential risks of ‘throwing items and risk of injury to staff or other pupils’.

Mr Abbott told the court that given the school’s general awareness of the boy’s history it would have been ‘impossible for Ms Aukett to be unaware of X’s behaviour’.

He accepted that she was ‘the victim of a violent attack while doing a difficult job’ but denied that the school failed in its duty to safeguard her.

However, the court has now sided with Ms Aukett – and ordered the council to pay her over £140,000 compensation, as well as her lawyers’ bills.

Warburton confirms he is set to leave QPR