For years, if not decades, the luxury property market in London and south-east England has been feasting on investment from Russia and former Soviet states. The oligarch’s mansion, with fantastical multi-level interiors containing swimming pools, art galleries and vintage car collections, has become the stuff of legend. Estate agents, lawyers, accountants, financial institutions, property companies, public relations agencies, architects and interior designers have all done well out of this abundant cash.

Meanwhile, campaigners and journalists have been sounding the alarm. London, they have long pointed out, appeared to be uniquely attractive to “suspicious wealth” – as the anti-corruption organisation Transparency International UK puts it – from all over the world, and from the former Soviet Union in particular. These alarms were mostly ignored until now, when suddenly it appears problematic to have been complicit in the workings of elites whose leader has started the most dangerous war in Europe since 1945.

The only possible (and insufficient) justification is that this influx of money would trickle down to ordinary citizens, but it has been of questionable benefit to most Londoners. It has added further pressure on London’s famously unaffordable homes. It has promoted exclusion and division in a city whose strengths included openness and accessibility.

Most, for sure, would never be in the market in the places where oligarchs and kleptocrats like to buy, such as Knightsbridge, Kensington, parts of Highgate, and in suburban gated communities such as St George’s Hill near Weybridge, Surrey. But, as Transparency International has also argued, there has been a ripple effect: if billionaires buy in Kensington, then slightly less loaded bankers start to look in marginally less expensive districts, where the most successful professionals might be pushed further afield, and so on, until first-time buyers in outer boroughs find that their studio flats are a notch more pricey.

This wealth has contributed to such unwelcome phenomena as the “iceberg house”, where colossal basements maximise square footage in high-value areas, and “ghost streets”, where owners of properties around the world are only occasionally in residence at their London address. It has also led to the phenomenon where entire apartment blocks are largely dark most of the time, their owners elsewhere. Suspect cash distorts the market, encouraging voluminous homes in a city where space is always in short supply.

Roman Abramovich’s House in Kensington Palace Gardens, which he has apparently been trying to sell. Photograph: Antonio Olmos/The Observer

The oligarch’s house of popular imagination is something like Roman Abramovich’s 15-bedroom house, worth at least £150m, in Kensington Palace Gardens, one of the most expensive streets in the world, or the house in Belgrave Square believed to belong to Oleg Deripaska, the Putin ally who is under sanctions in the US. Here the value of the stuccoed classically styled house, the London staple where Paddington Bear would have lived, is inflated to unimaginable proportions, its spirit utterly changed.

Another type is the house that approaches the scale of a stately home, but somehow finds itself in London. These include Athlone House, a turreted and gabled Jacobean-style fantasy in Highgate that was bought for £65m in 2016 by Mikhail Fridman, a man sanctioned by the EU, which described him as an “enabler of Putin’s inner circle”.

Or there is an actual country house such as Sutton Place, a 72-room Tudor building in Surrey that is believed to belong to the recently sanctioned mining billionaire Alisher Usmanov, a former major shareholder of Arsenal Football Club and an investor in Everton.

There is the suburban mansion in a gated estate, such as the art-filled Palladian Ingliston House in Virginia Water, Surrey, that belongs to Fridman’s business partner Petr Aven, who has also been sanctioned. Or Hamstone House, an art deco palace in St George’s Hill that used to belong to Deripaska and may still. The most spectacular mansion of all is Witanhurst in north London, owned by the phosphates magnate Andrey Guryev. Often called the capital’s second-largest family house after Buckingham Palace, its already ample proportions were enlarged by a colossal basement.

An essential aspect of these properties is their redundant scale. Robert Adam, a purveyor of classical architecture who designed the makeover of Witanhurst, once told the New Yorker that “houses are a major expression of people’s status and ambition and dreams … You can’t put the word ‘need’ on this. The word is ‘want’.”

Similar superfluity can be seen in the decision of the Putin-friendly Ukrainian Dmytro Firtash to buy the disused Brompton Road underground station, even though he already owned a magnificent modern house nearby.

Other essential aspects are security, privacy and disconnection. All these factors were industrialised into the single entity of One Hyde Park, an apartment block in Knightsbridge which, although designed by the liberal-minded practice of Rogers Stirk Harbour and Partners, offers extreme security and exclusivity. Residents have included Russian tycoon Vladislav Doronin and Ukrainian billionaire Rinat Akhmetov, who early in the last decade paid a then-record £136.4m for a penthouse there.

The literal transparency of its glassy walls belies the actual opacity of its interior life. It offers little to the liveliness of streets around it. Its height breaks through the horizon of Hyde Park in a way which, compared to later and higher buildings in London, seems almost modest. Bigger, higher and similarly excluding towers can now be seen in the Nine Elms area around the American embassy. These don’t seem to be particularly favoured by Russians, but it’s probable that some of the purchases there are funded from suspect sources. 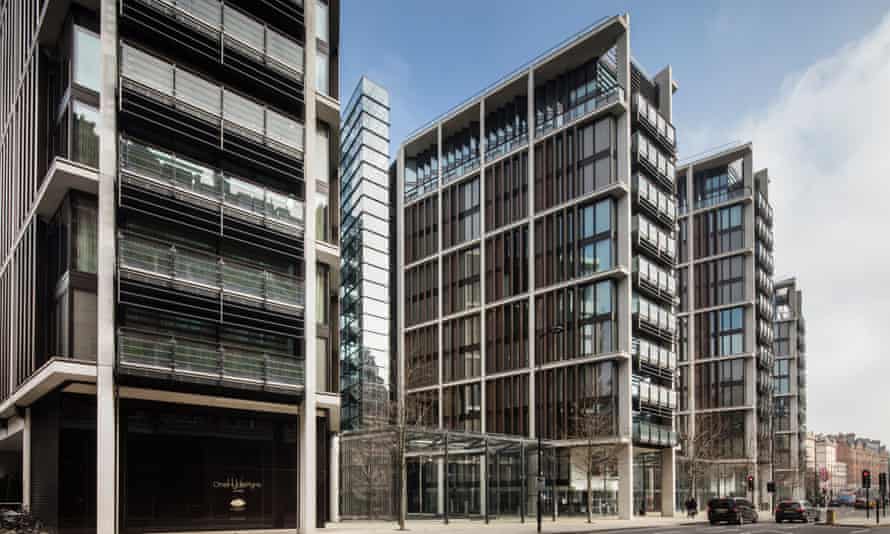 One Hyde Park in London, home at one time or another to Vladislav Doronin and Rinat Akhmetov. Photograph: David Levene/The Guardian

Fridman, Deripaska and Doronin have to different degrees questioned Putin’s war, and Deripaska has challenged the sanctions placed on him. So have Fridman and Aven, describing them as “malicious and deliberate falsehoods”. It is also impossible to trace the funding for the purchase of any of the above properties, and establish with certainty whether any of it was corruptly gained.

As Oliver Bullough explains in his 2018 book Moneyland, ownership can be obscured through the use of shell companies, businesses that do little or nothing except hold and move assets, in countries – St Kitts and Nevis, Bermuda, Liechtenstein – whose laws make them “a formidable fortress for anyone seeking to protect their assets”.

The attractions of London include the paradoxical fact that its legal system is considered robust and trustworthy and its politics, for now at least, stable. In other words, it has precisely those institutions whose absence helps kleptocrats to extract wealth from their own countries. Once their loot has been converted into land and masonry, behind a creamy stucco Victorian facade, the process is hard to reverse.

All of which requires enablers. As the Panama Papers revealed, the London law firm Child & Child assisted the daughters of the president of Azerbaijan in a way that, according to the Solicitors Disciplinary Tribunal, “led to a risk of large amounts of money being laundered”.

In the Channel 4 documentary From Russia With Cash, reporters posing as Russian buyers approached London estate agents asking to invest in properties with what they made clear were ill-gotten gains. The agents were highly obliging, in several cases recommending lawyers who could help the buyers hide their identities.

This was in 2015, and it was hardly a surprise even then that such things could happen. Yet the government’s response has been limited. Unexplained wealth orders, whereby British courts can require their targets to reveal the sources of the money, were introduced in 2017, but the cost of using them against well-lawyered respondents mean that they are rarely issued.

David Cameron promised to shut out “dirty cash” in 2015, and in 2016 the British government promised to introduce a public register of foreign-owned property. Six years later, Boris Johnson is still promising to rush forward such a register. “There is no place for dirty money in the UK,” he recently intoned. “Those backing Putin have been put on notice: there will be nowhere to hide your ill-gotten gains.”

Foreign Secretary Liz Truss has said that she has a “hit list” of oligarchs whose properties will be targeted. The deputy prime minister, Dominic Raab, has suggested that the homes of Russian elites could be handed to Ukrainian refugees. Given that the government has convincingly been accused of dragging its feet, these ministerial statements, until proved otherwise, sound like virtue signalling. 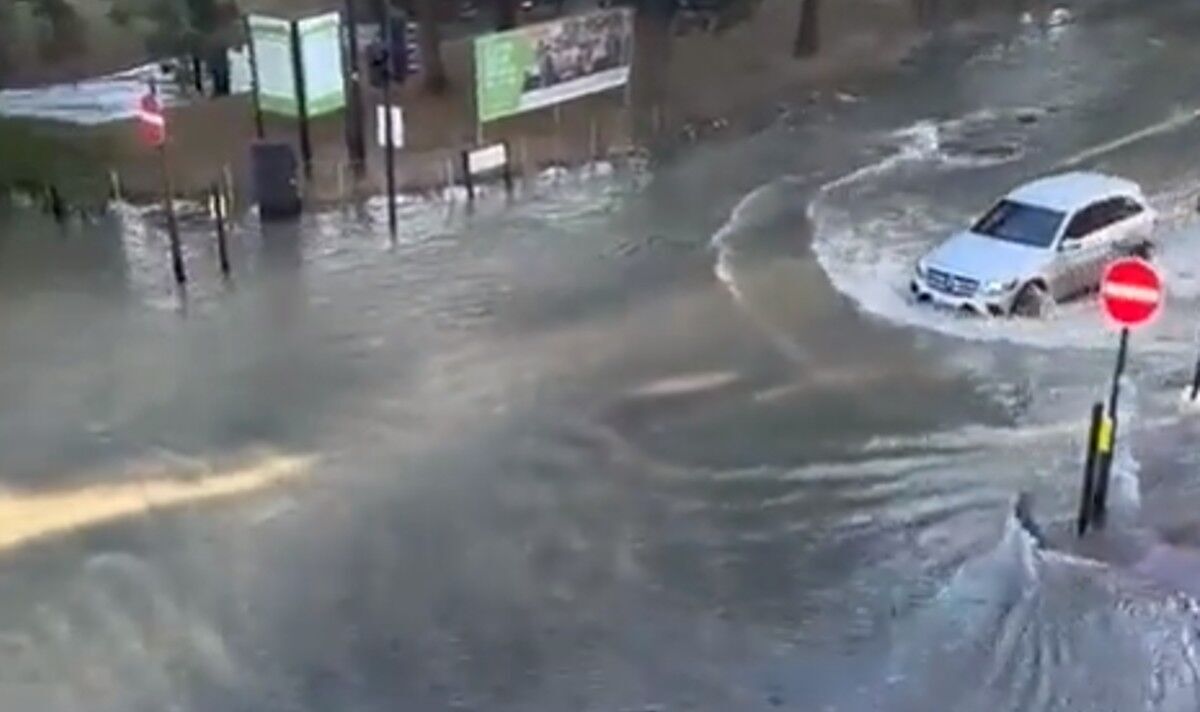 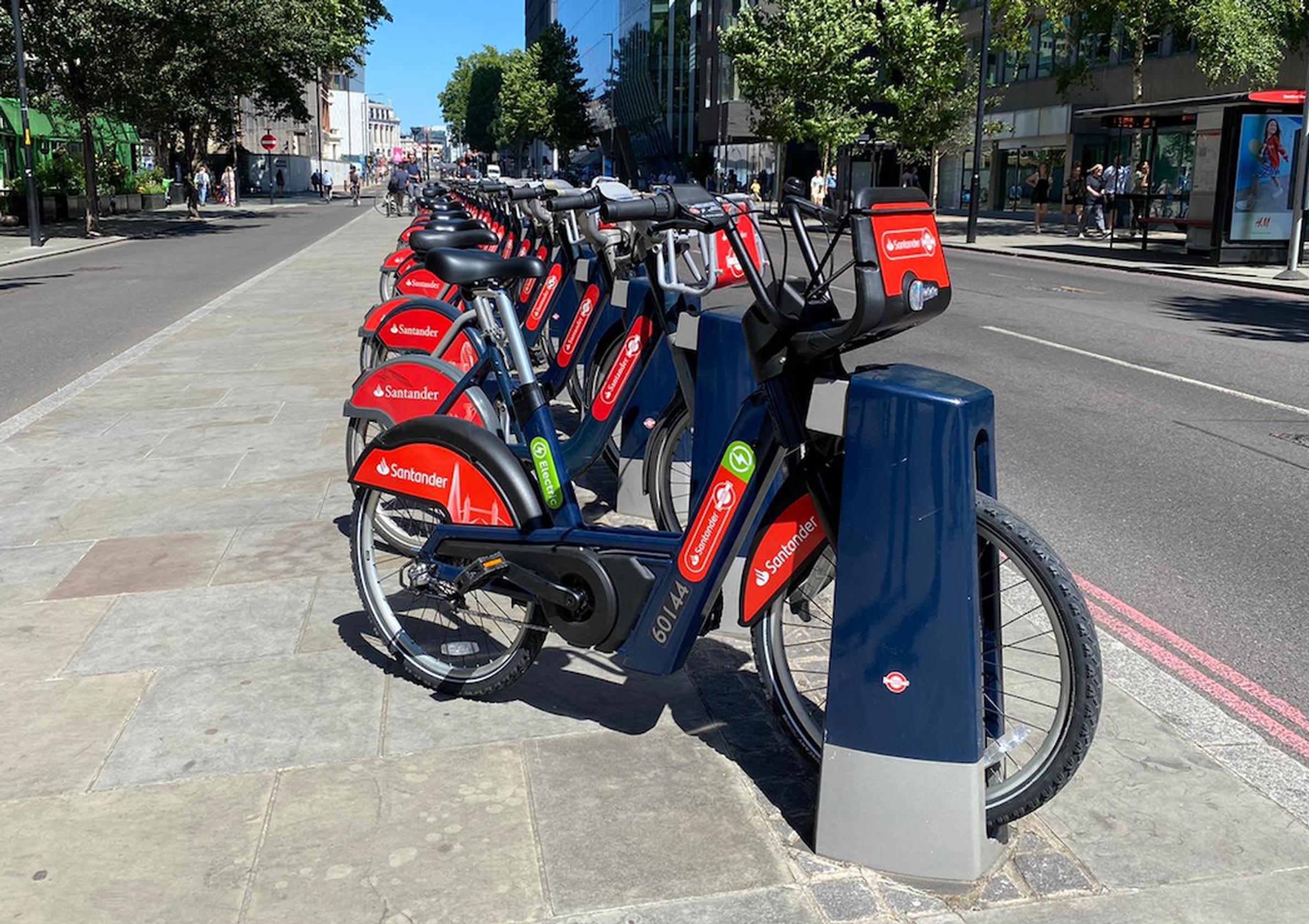