Two council house tenants have revealed why they loved to switch between different properties across the country ahead of Channel 5’s new show Council House Swap.

The show, which premieres tonight on Channel 5 at 9pm, follows council home tenants from around the UK as they visit each other’s homes and swap properties for free.

Tenants in council properties can swap homes under the Mutual Exchange, which was expanded by an initiative called HomeSwap Direct, introduced by Grant Shapps in 2011.

Linda Eedman, 65, from Chiswick, West London, said the process of changing homes could be ‘addictive’.

Meanwhile Jeffrey Huglin, 53, from Kingston-Upon Thames in London, told FEMAIL he’d successfully swapped a one-bed apartment for a studio with a garden, but said there are often issues with ‘uncompromising’ tenants.

He said: ‘You have to make compromises and I think people are getting a bit uncompromising about stuff.’ 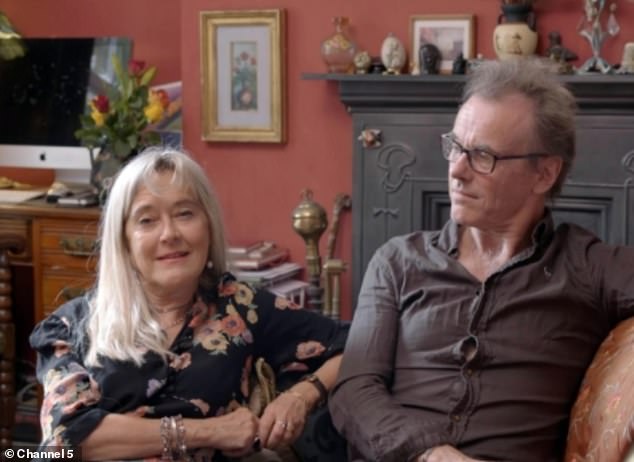 He added: ‘People need to compromise to let go of one thing.’

He explained why he loved the council home swapping concept: ‘You can change destinations a little and change the scenery.’

He recalled how he managed to score a garden by giving up a one-bedroom flat in Chelsea to move into a studio flat a few streets away.

He explained: ‘I ended up with a garden, it is a jewel in London,’

‘It wasn’t a compromise because I wanted the garden but the living room was so big I could get a murphy bed in it. It felt like a living-room in the day time so it was fine.’ he added. 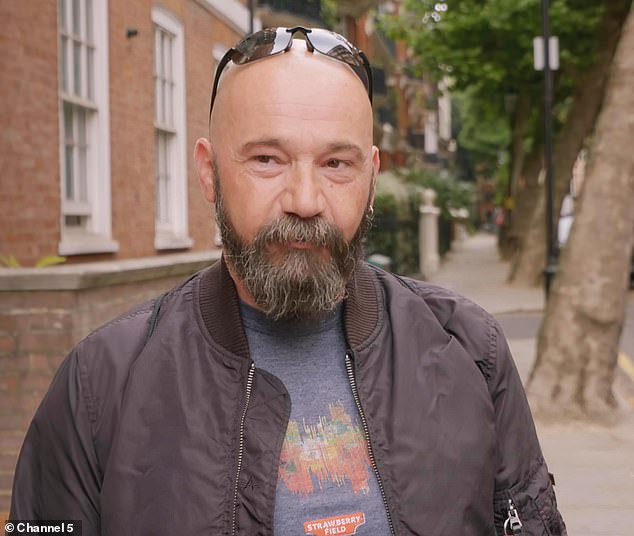 The home swapper said he doesn’t care too much about the decor of the flat he gets through mutual exchange because he is artistic and learns to make-do with what he has.

You can swap your council or housing association home with another tenant if you follow certain rules and get permission from your landlord.

This is often called ‘mutual exchange’.

The tenants in the property may want to move for different reasons, including their home being too large or small.

Tenants are also able to swap anywhere in the UK because there are no geographical restrictions.

A mutual exchange is a option for tenants who don’t have a high enough priority or banding to be able to access a home through the normal allocation process.

Once both tenants have submitted their mutual exchange application forms, landlords have up to six weeks (42 days) to decide whether to give you permission to swap homes.

Once a tenant agrees to a swap, they will have to pay the cost for removal, boxes, tape, travel, etc.

Jeff said he went through lengths to make sure the flat could suit him by laying on the floor to measure whether it could fit a bed.

‘I learned my lesson after one flat where I had a king size bed and a wardrobe and you couldn’t walk at the bottom of the bed or open the doors of the wardrobe,’ he said.

‘You don’t have to spend a fortune on flats.’

However, dog lover Jeff admitted he faced some complications over the years with his dog, because not all council homes allow pets.

‘People say you can have animals and then it turns out you can’t,’ he said, explaining how six years ago he was about to sign the paperwork to move into a property when he was told he couldn’t due to his dog.

‘That’s a very negative bag that you get from housing associations which is very annoying because they know the ins-and-outs.

‘That sort of thing is full of ying and yang,’ he said.

‘If you live in a building with flats you got to be aware of other people,’ he said.

The house swapper said he thought long and hard about appearing on Council House Swap.

But he said he had an amazing time on the show and loved to see the flats.

During filming, he was put off by a flatting Earl’s Court which was painted in yellow, but his main issue was that the flat was quite high up and did not have a working elevator.

He explained rather than waiting to tell other home owners if he would continue with a swap, he tried to be as up front as possible.

Jeff added: ‘I tend to be very “yes or no” right away, I don’t mess about with people.

‘I try and be proactive to people when I do put it on there. I want people to understand that unless you look, you’re never going to luck out. 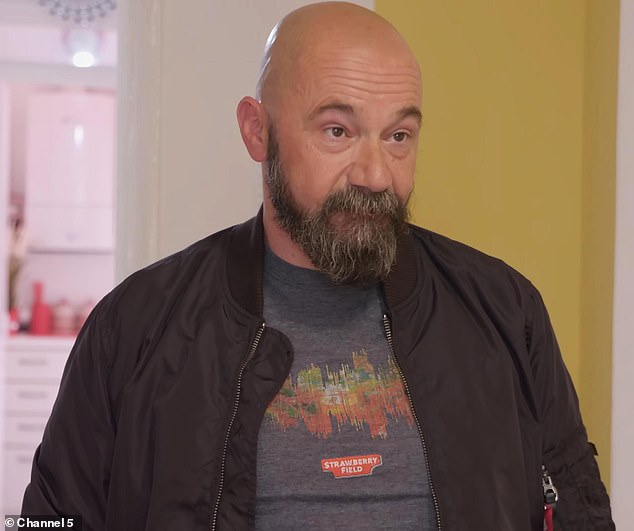 Jeff explained rather than waiting to tell other home owners if he would continue with a swap, he tried to be as up front as possible

Meanwhile Linda told The I swapping houses could become ‘addictive, because it is relatively easy to do.’

During the sixth episode of the series, she revealed she wanted to a garden during the harsh months of lockdown 2020 and she looked to swap her three-bed Victorian maisonette for someone more convenient.

‘I’m no gardener but I love when the sun is shining,’ she said.

‘It’s not terribly warm today but I went outside because I just love sitting in the sun. I love being able to go outside with a cup of coffee. I just need to see greenery,’ she added. 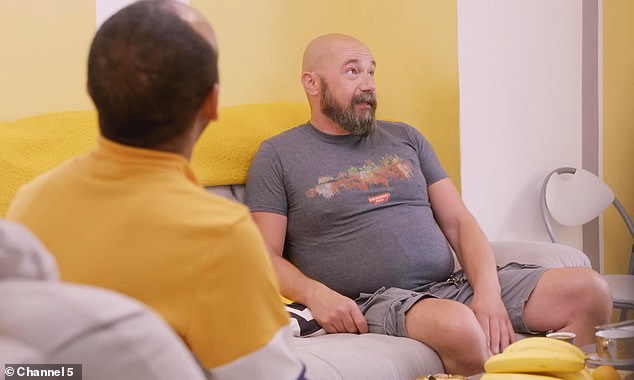 The home swapper was not too keen on the properties he saw on the show, however, he said he still had a great time 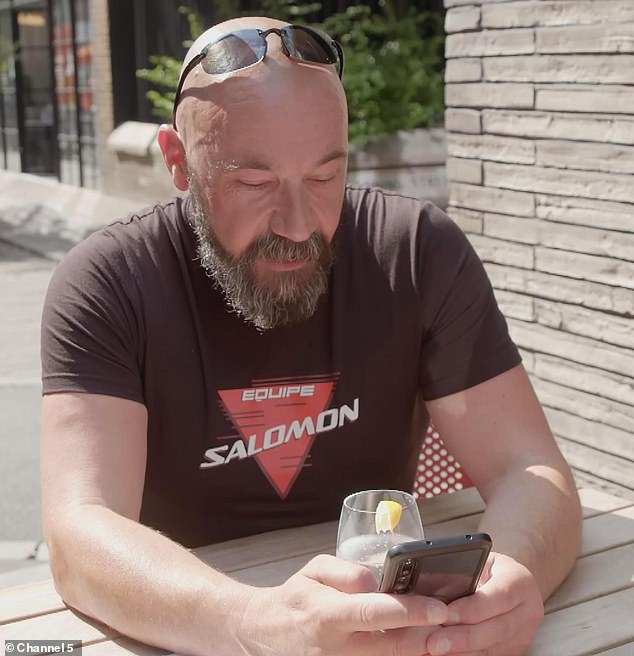 Jeff didn’t find what he was looking for on the show but now lives in a nice large flat in Camden, which he also found via mutual exchange

On the show, Linda went through several properties but struggled to find a home she liked.

The first home she visited was located in Muswell Hill, North London. However, while it had a conservatory, its location did not convince West-bound Linda and Joe.

They also travelled to Dorset to view a beautiful bungalow in Portesham, however, it still did not hit the right spot.

Eventually, the couple managed to swap home with a woman from Barnes and settled down in the cottage, while she got their vintage home.

While the home needed some work to meet Linda and Joe’s taste, they were up for the task. 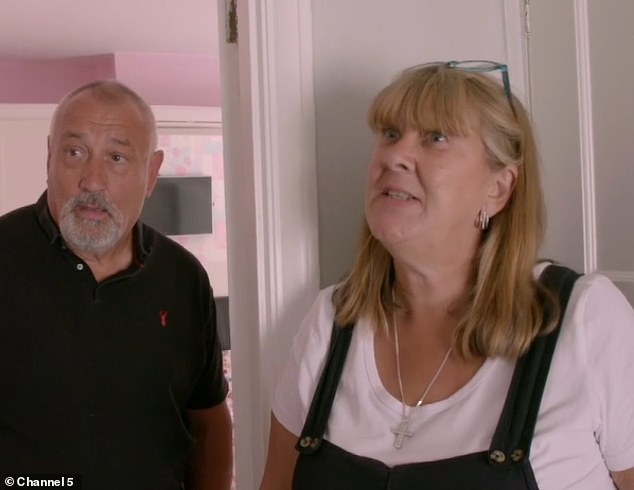 Joe and Linda visited the house of a couple who had a conservatory in Muswell Hill, pictured,  but was not convinced