This article is part of Football League World’s ‘The Verdict‘ series, which provides personal opinions from the FLW writers regarding the latest breaking news, teams, players, managers, potential signings and more…

West Ham are eyeing up a summer move for Fulham defender Tosin Adarabioyo, as per a FLW exclusive.

The 24-year-old has enjoyed an excellent campaign at Craven Cottage, starting 33 league games for the Whites and has been an important source of consistency.

He has emerged as an integral part as to why Fulham possess such a mean defensive record this season, forming an excellent partnership with Tim Ream.

Quiz: Can you identify each of these 24 ex-Fulham players just by looking at 3 clues?

With the Cottagers edging closer a to a return to the Premier League themselves, Adarabioyo appears to be someone who they would be hoping to keep hold of.

Tosin Adarabioyo has been excellent at the back for Fulham this campaign.

I think he would be a good signing for West Ham this summer, particularly when you consider there is set to be another release clause in his contract when the window opens.

We obviously don’t know what that number will be, but with a previously expired clause at £10 million, West Ham could be getting some excellent value for their money if the figure was anything close to that amount this time around.

As for need, I do think West Ham should be looking to strengthen this area.

They have Kurt Zouma as a mainstay, but Craig Dawson has appeared 26 times in the Premier League this season and at 31 he isn’t getting any younger.

Combine that with their sheer number of fixtures due to their European commitments, which they could well be playing in again next season, and I think there is definitely a role Adarabioyo could play at the London Stadium.

Adarabioyo is someone with Premier League experience and that’s something he has to his advantage over other targets including Nottingham Forest’s Joe Worrall.

He may not have been tested too much this season with the Cottagers’ prowess going forward, but he and Tim Ream have still been called upon at times and they have mostly stepped up to the plate.

He can also be a threat from set-pieces as well and at 24, he will only get better. That means they can either sell him on for a higher amount or keep him in the first team for the long term.

The Hammers need to be looking at the bigger picture now as they look to establish themselves as European competitors for years to come – and bringing in someone like the 24-year-old can only help to provide the depth needed for David Moyes’ side to cope with a demanding fixture list.

This would be an excellent signing, Tosin Adarabioyo has been a class act since a successful loan spell from Manchester City to Blackburn Rovers in 2019/20.

If it was not for the financial muscle of Fulham, he would have earned a Premier League move in the summer, dropping back down to the second tier has shown more clearly how good he is.

Equally comfortable with the ball at his feet as he is battling in the air and in the tackle, Adarabioyo would be a great signing for West Ham who are clearly in need of defensive reinforcements.

The 24-year-old’s services will not come cheap especially with the Cottagers likely to be able to offer him top-flight football next season.

The Hammers would have to stump up a hefty fee to lure Adarabioyo to the London Stadium. 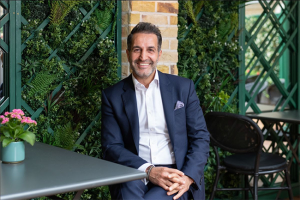