London studio Erbar Mattes has transformed a pair of apartments in a former pub in Hoxton into a duplex flat by adding a “monastic” grey-brown brick extension.

The old pub, called the Blockmakers Arms, is located in the Regent’s Canal conservation area and dates back to the mid-19th century. It was converted into three flats in the 1970s. 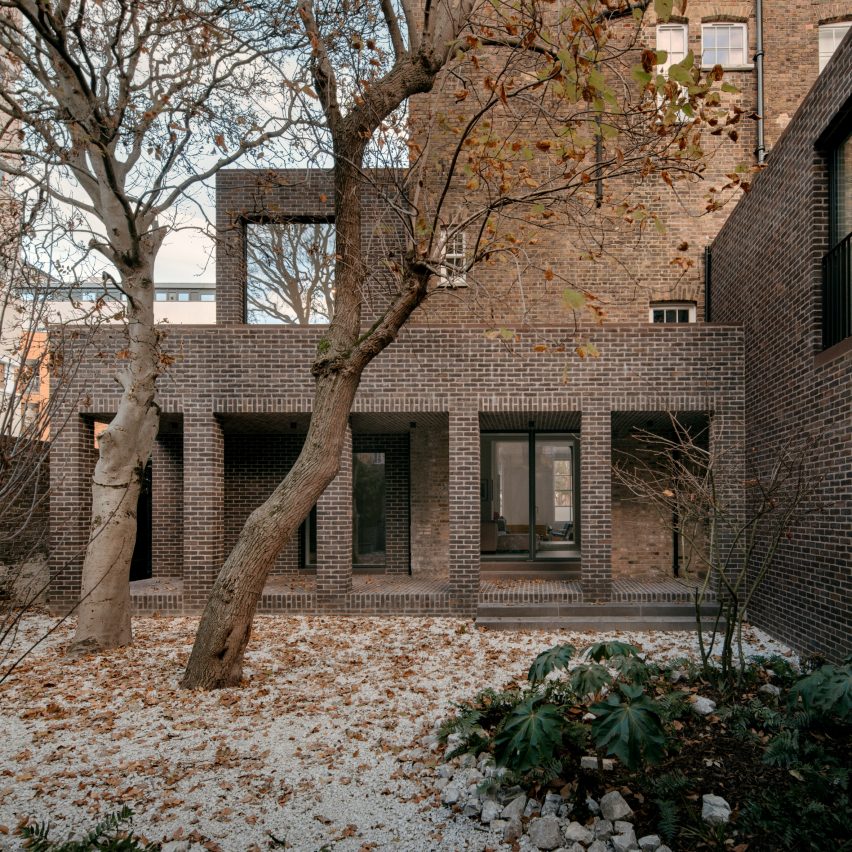 The owners of the ground floor flat sought extra space for their growing family and acquired the vacant first-floor dwelling with a view to creating a five-bedroom duplex.

Erbar Mattes’ approach involved stripping away previous extensions that detracted from the pub’s original structure and replacing an external staircase with an elevated walkway and brick loggia informed by monastery cloisters. 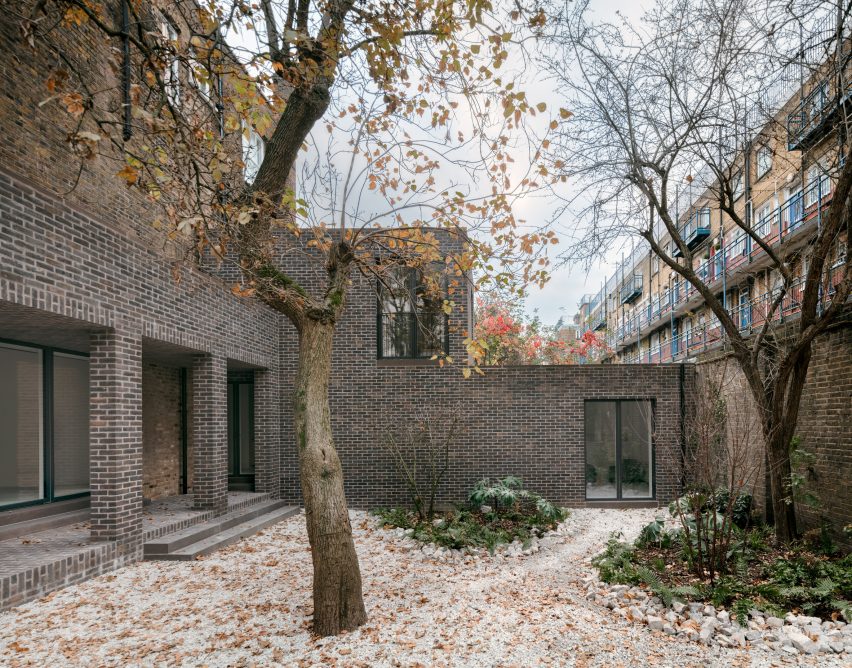 The extension incorporates a loggia

“One of the main challenges consisted of creating a larger dwelling while retaining separate access to the independent apartment on the top floor,” explained the studio.

“To overcome this, the external circulation is relocated to the side elevation and a new raised walkway added to the rear.” 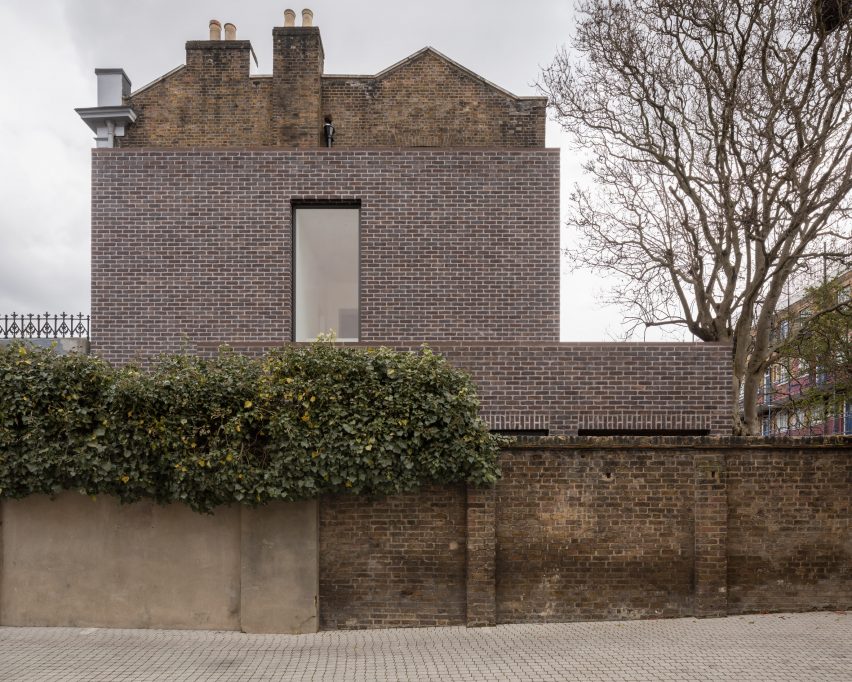 The extension has transformed two flats into a duplex. Photo is by Ståle Eriksen

“The loggia, with its solid brick piers, draws inspiration from monastic architecture, where cloisters form a sheltered transition space between inside and outside,” Erbar Mattes continued.

Replacing redundant vehicular access, this new arrangement strengthens the building’s relationship with a walled courtyard at the rear, which is now overlooked by the loggia and a new brick volume. 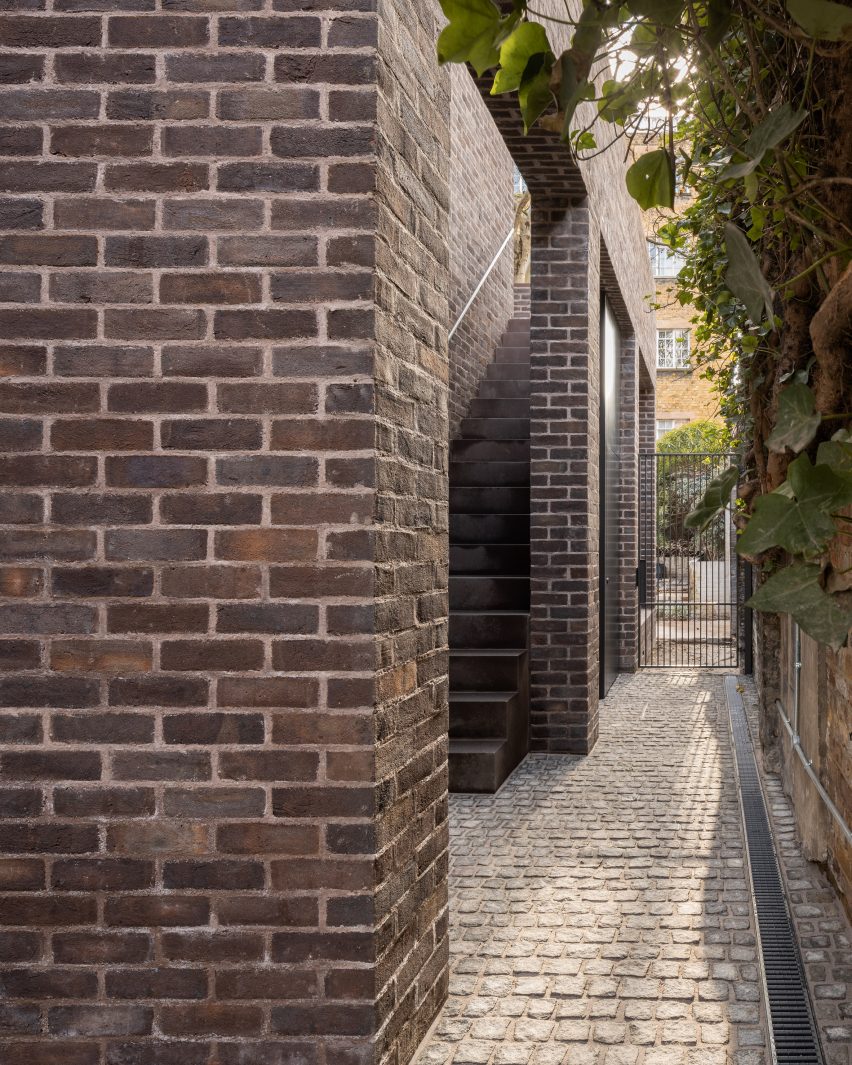 External circulation has been added to the side of the building. Photo is by Ståle Eriksen

“The new rectilinear building volumes wrap around the side and rear elevations without detracting from the ornate front facade,” said the studio.

Internally, the existing structure was reconfigured to better suit its expanded size, with plasterboard ceilings and finishes stripped back to restore the original ceiling heights and wooden panelling. 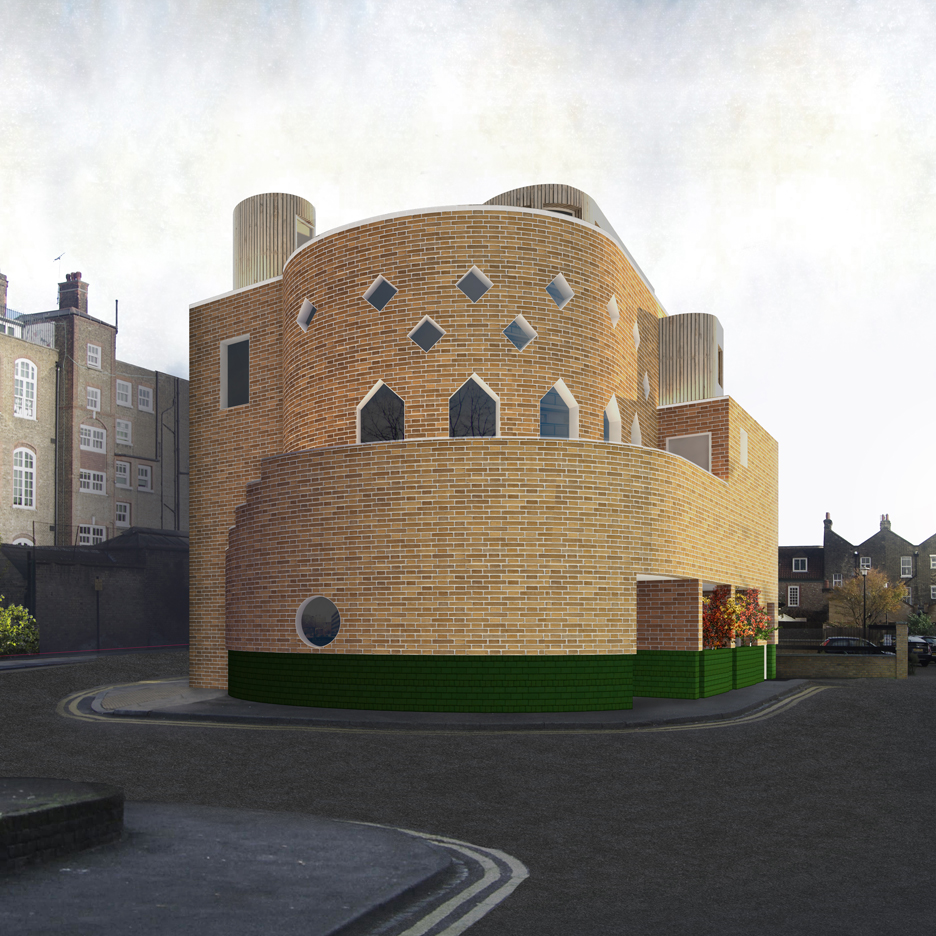 The new volumes contain a staircase which overlooks the nearby trees through a large window, as well as two further bedrooms and a bathroom. 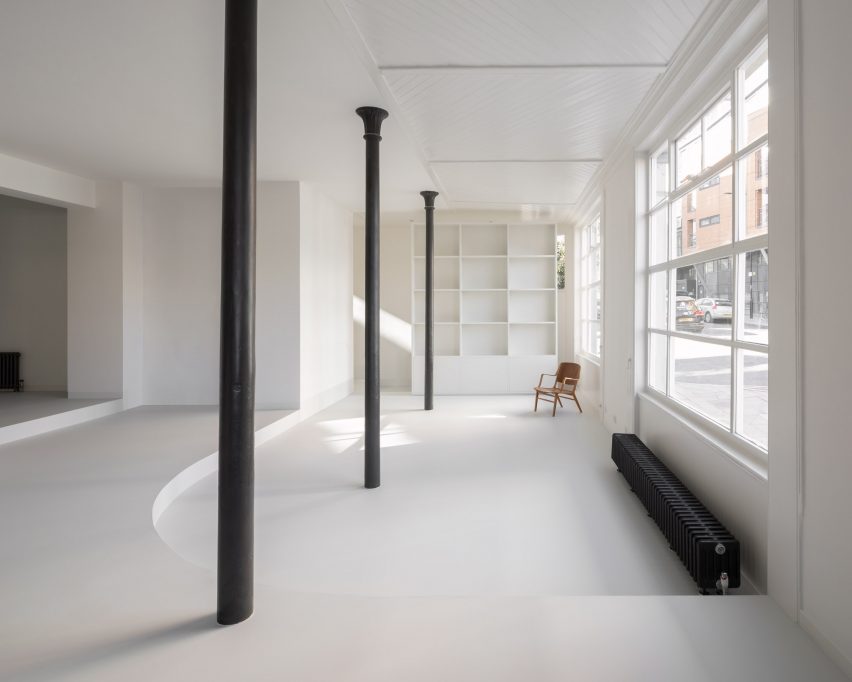 Original details of the pub have been restored internally. Photo is by Ståle Eriksen

During the project, Erbar Mattes was also commissioned to convert the interiors of the independent second-floor apartment, which involved a similar approach of stripping back recent additions to reveal the original interior features. 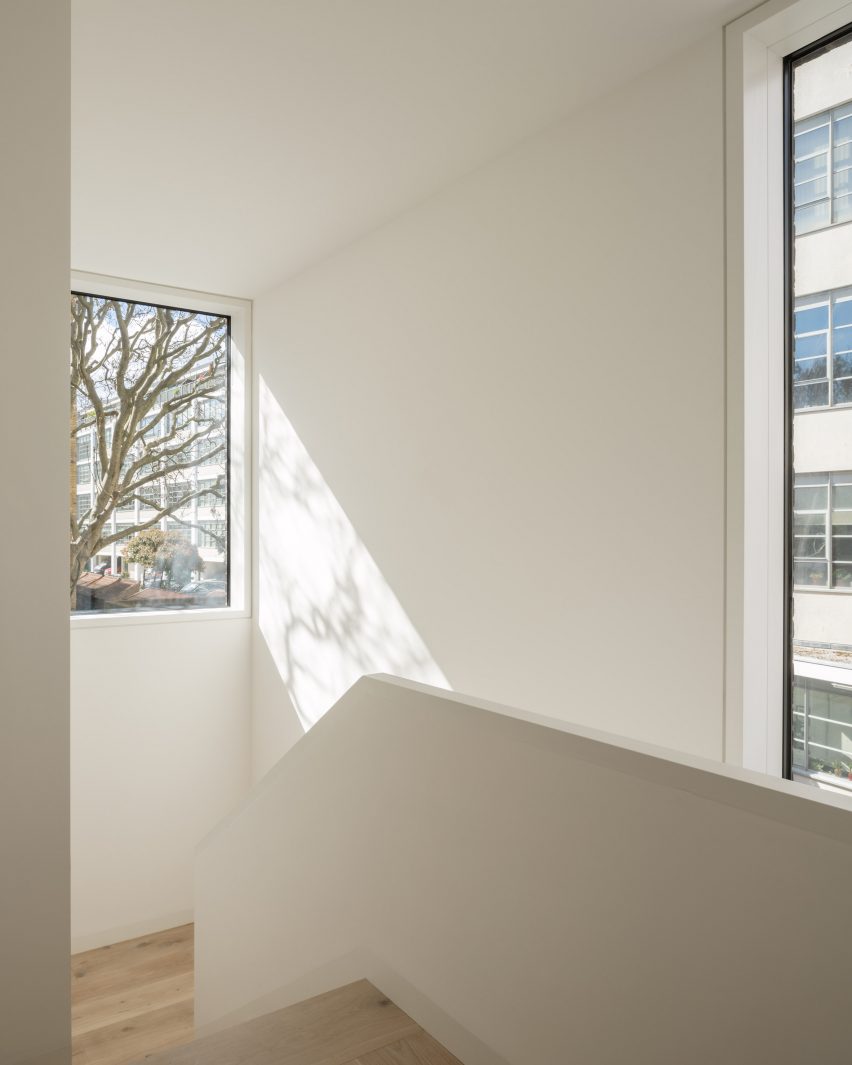 The internal staircase looks out over nearby trees. Photo is by Ståle Eriksen

Erbar Mattes was founded in 2015 by Holger Mattes and Demian Erbar, who previously worked for David Chipperfield Architects.

The photography is by Simon Menges unless stated.