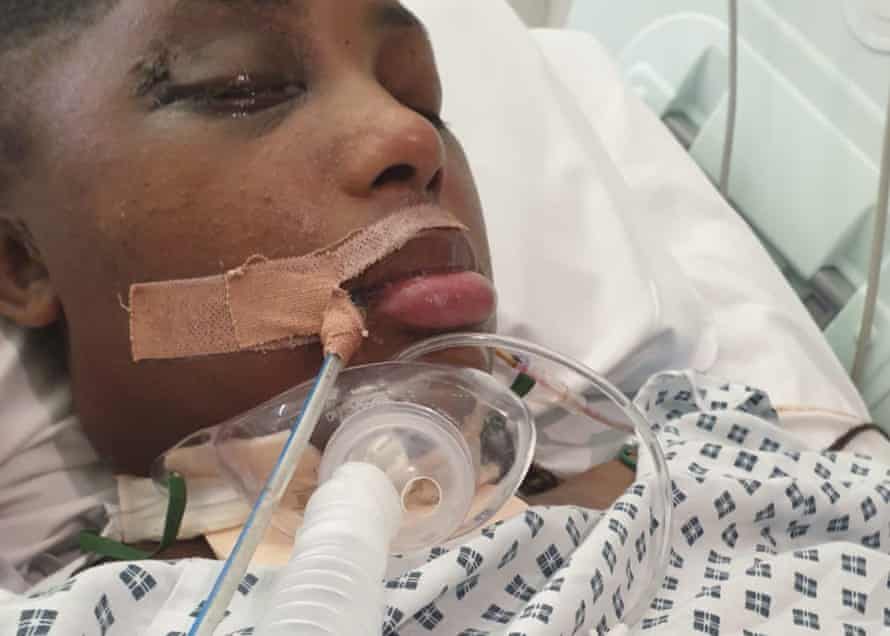 The family of Sasha Johnson have vowed to get justice after the case against four men accused over the shooting that left her seriously injured collapsed last week.

Johnson, 28, who came to prominence as part of the Black Lives Matter movement, was shot in the head last May at a party in Peckham, south-east London. Detectives believe she was hit by mistake after masked men burst through a gate and into the garden where revellers were gathered.

Her mother, Ellet Dalling, and sister, Shakira Williams, urged those at the party to come forward with any evidence they may have. “She is strong, she is a fighter and she will come and tell the story of who did this to her,” they said.

“One of the only things that’s kept us going is our faith,” said Williams. “We were hurt, but we had to pull ourselves together because breaking now is not it. And we learned that it’s not over. This is a bump in the road.

Dalling pleaded with witnesses to come forward, with some at the party believed by Johnson’s family not to have helped police. “Don’t let it happen to someone else again,” she said. “Don’t go silent. These people that did this to Sasha need to come off the street.

“The silence is crazy, when you’re supposed to be shouting. A life. My sister. It could have been yours.”

Johnson, the mother of two young sons, was a leading member of the Taking the Initiative party and was also prominent in the British Black Lives Matter movement.

At the Old Bailey last week, the prosecutor, Mark Heywood QC, said the case against those charged could not go ahead for reasons that could not be detailed in open court. The decision followed the type of secret hearing used to discuss informant testimony or material from electronic eavesdropping.

The Crown Prosecution Service dropped the case against Prince Dixon, 25, Troy Reid, 20, Cameron Deriggs, 19, and Devonte Brown, 19, who had denied conspiracy to murder and possession of a firearm and ammunition with intent to endanger life.

Heywood told the court that four men in balaclavas, whom the prosecution had believed to be the defendants, had approached the house and fired a gun at guests, striking Johnson. At the time, she was in a relationship with the eldest son of the family who lived there.