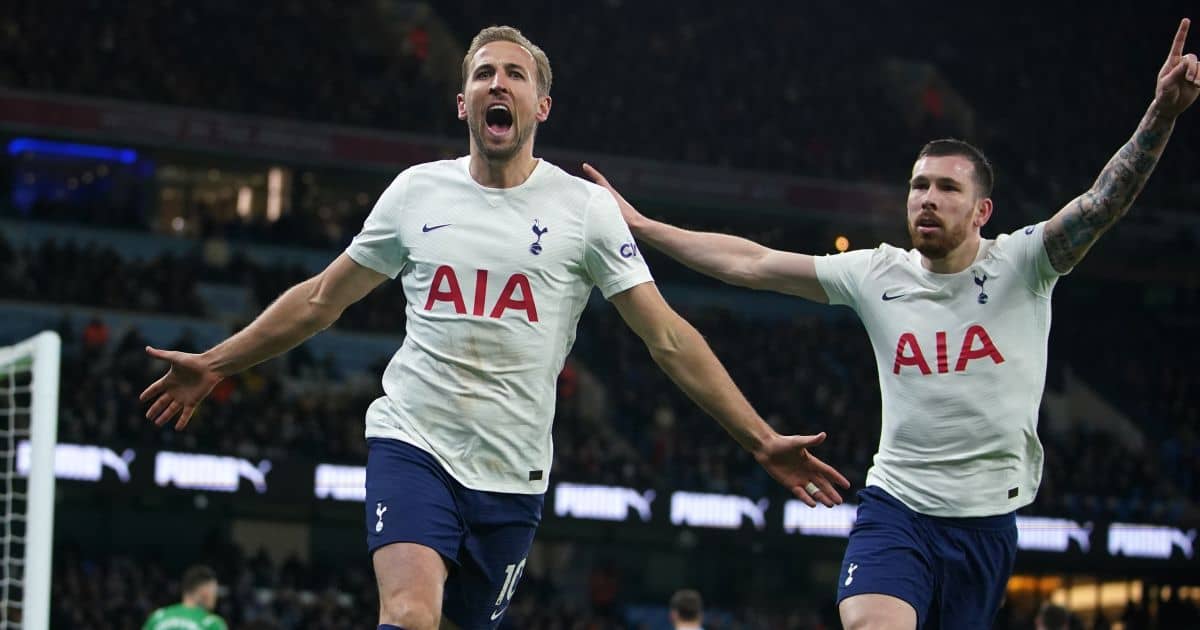 Antonio Conte has turned up the heat on Tottenham supremo Daniel Levy after insisting Newcastle target Sven Botman is signed in the summer, per a report.

Spurs landed Dejan Kulusevski and Rodrigo Bentancur last month to give Conte two sparkling new options. Kulusevski in particular has hit the ground running. He has gone some way to offsetting the disappointment of losing out to Liverpool over Luis Diaz.

However, Conte’s recent comments have continued to suggest all is not well in north London.

His post-match interview after the defeat to Burnley sparked speculation his time at Spurs could be cut short.

The issue of transfers is believed to be a factor in his dismay. Indeed, Conte’s favoured back five system relies on a rock solid foundation and the Italian was not provided with defensive upgrades in January.

As such, full-back Ben Davies has continued to operate at left centre-back, and the Daily Star report improving that position is now an ‘absolute priority’ for the summer.

To do just that, the newspaper claim Spurs have joined the race to sign Lille’s Sven Botman.

Conte demands Levy does not disappoint over Botman

The left-footed Dutchman, 22, is seemingly a perfect fit for Conte’s requirements. Accordingly, Conte is now ‘demanding’ Tottenham land the defender.

The Star state that is now ‘cranking up the pressure’ on Tottenham chairman Daniel Levy to provide his manager with the right tools. A £30m transfer fee is cited as being required to seal a deal, but competition is expected from Newcastle.

The Magpies chased Botman for much of the winter window. Sevilla’s Diego Carlos was another target on their radar, but they ultimately had to settle for Dan Burn.

Newcastle chief Amanda Staveley recently revealed Botman was ‘desperate’ to join Newcastle last month. Given the Saudi-backed club’s financial might, the pressure is on Tottenham to bid high. Newcastle are expected to reignite their interest if their Premier League status is retained.

One factor that could aid Spurs’ chances is the lure of Champions League football. Tottenham currently sit seventh in the table, five points off Man Utd in fourth.

When did Cristiano Ronaldo last score a free-kick?

Meanwhile, Man Utd have surged into the position of favourites to sign Harry Kane next summer after Man City ditched their pursuit in favour of landing Erling Haaland, claims a report.

City did not rekindle their interest in January, and German newspaper Bild (via Sport Witness) report Man City’s interest in Kane has ‘cooled’. Instead, they are now targeting Borussia Dortmund’s Erling Haaland.

Haaland will be available for around £63m in the summer per his release clause. The Daily Mirror recently claimed five teams are actively pursuing Haaland, but only Man City from the Premier League.

Bild state City could have the edge given they are – in their words – able to ‘guarantee’ a title. That is something that is ‘exactly what Haaland wants’ from his next club after enduring repeated frustrations at the hands of Bayern in Germany.

With City’s attention seemingly now fixed on Haaland, the door is now ajar for Man Utd to strike for Kane. A new striker will need to be signed at some point given the ages of their current centre-forwards.

Cristiano Ronaldo is 37, while Edinson Cavani is 34. The Uruguayan is a free agent in the summer anyway, while Ronaldo recently hinted his insatiable desire for trophies may see him depart the Red Devils prematurely.

Man Utd are thus deemed the new ‘favourites’ to land Kane who the Manchester Evening News claim could be reunited with Mauricio Pochettino at Old Trafford.