If variety is the spice of life, you’re going to need a big glass of water because what we have this week is so spicy it might just blow your head off.

We’re talking afternoon tea with dogs, a ride on an electric motorbike, a Margarita museum to celebrate International Margarita Day, edgy cabaret, free chocolate trees and so many pop-ups you might end the week totally popped out!

Cop a load of this… 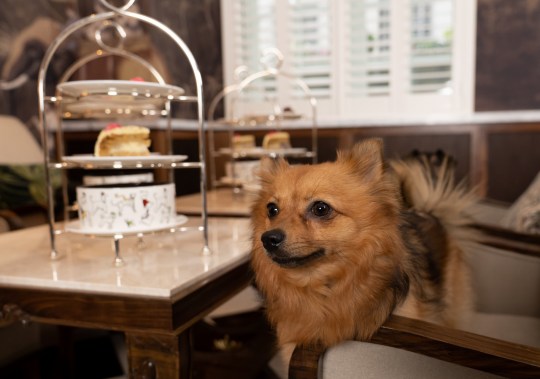 How would your dog cope with super luxury surroundings? Well, right? In that case he/she is very welcome to come to afternoon tea in The Parlour at the swishy Great Scotland Yard hotel – it’s where, like, the police was invented – in the heart of London’s glittering Westminster.

Don’t tell him/her down there, but we think you get the better deal. Oh and Veuve Clicquot!

Get your motor running 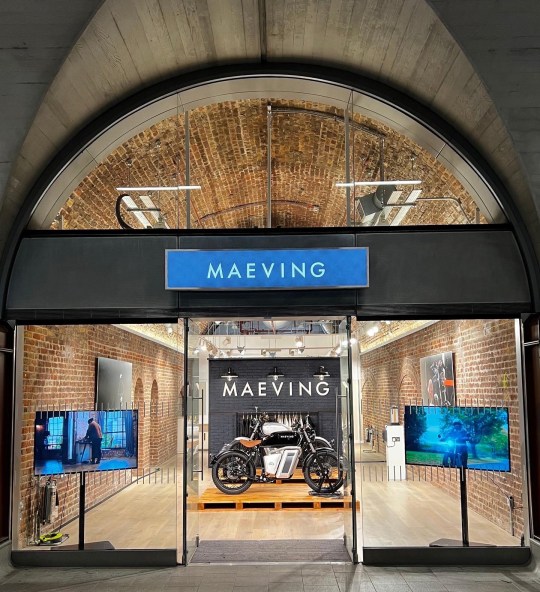 We’re all totally into our electric cars by now, aren’t we? Even Bentley are doing them. But what do you think about the idea of an electric motorbike? All the power and thrust of a regular motorbike but without the bloody racket and planet-ruining pollution!

That’s what Maeving is unveiling – it’s like poetry! – at a pop-up in London Bridge until the end of February. Get on down and you’ll be able to get your bottom on one of the bikes, which has removable battery technology (that’s such a great idea! To charge indoors!), to see if you like the cut of its British-made jib.

It’s called the RM1 and it’s out to seduce you.

The kindness of strangers 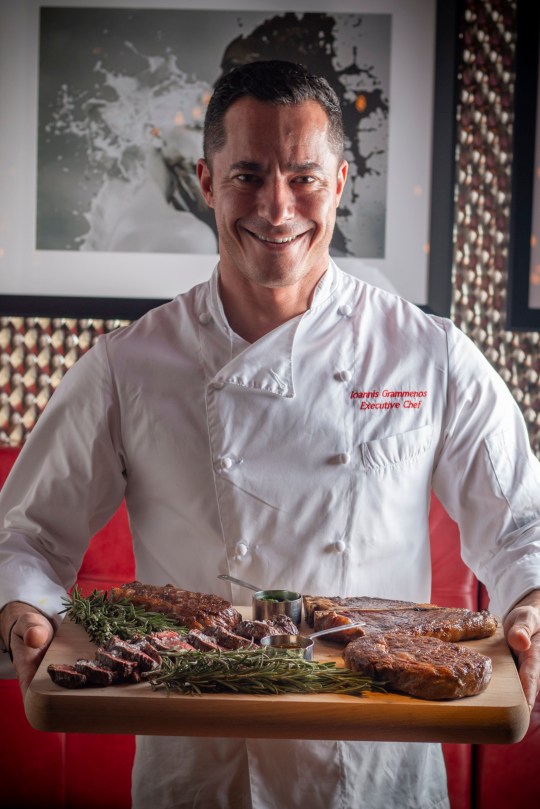 Not that you need reminding, you who are so kind, but tomorrow is Random Acts of Kindness Day, which you will no doubt be celebrating by handing out flowers in the street, helping older people across roads, whether or not they want to go, and generally being Lady/Lord Bountiful.

Then head to Heliot Steak House, where they are marking the occasion with randomly applied 50% discounts, free cocktails, bottles of wine on the house, free chocolate trees for your table while you order up prime steaks, lamb dishes, meat balls and Dover soles (not quite so randomly kind to the animals but you can’t have it all).

Spread the love, people. And the chocolate trees. 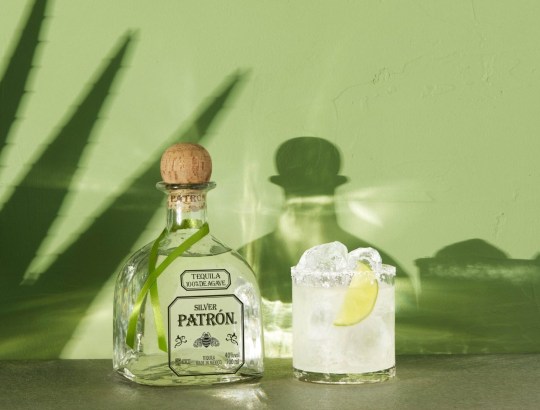 Don’t you love it when a museum isn’t really a museum but an excuse for eating and drinking and making merry? Like when you go to Spain and the only museum you visit is the Museo de Jamón.

Now you can expand your little grey cells at the Patrón Museo de Margarita, a one-off immersive event to celebrate – guess what! – International Margarita Day! Bearing in mind no one apparently knows where the Margarita comes from (apart from Mexico), it’s going to be light on actual information, this museum, and heavy on the sampling of Margaritas made with the crème de la crème of tequilas, including recipes dredged up from the past.

We hope there’s a gift shop! 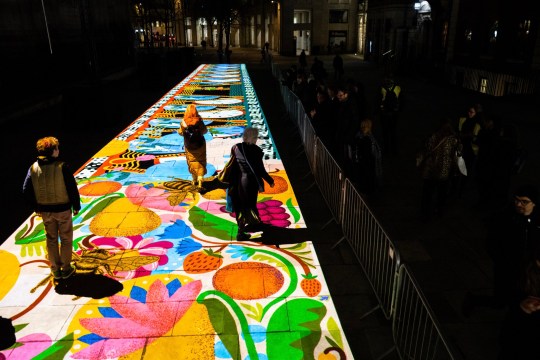 Let there be light! Or lights. Or City Lights, the installation that puts key sites in the City of London into a whole new, you know, light.

It’s all part of the Let’s Do London programme coming from the Mayor of London and it’s basically a free – hooray! – and family-friendly trail of five world-class interactive light and sound artworks that you can explore every evening until February 20, which is Sunday.

An interactive piano, a rotating sculpture, light-responsive projections… all beautiful and sometimes even educational (one is about mapping your brain patterns or something). And did we mention free?

You might as well, either on purpose or on your way somewhere. 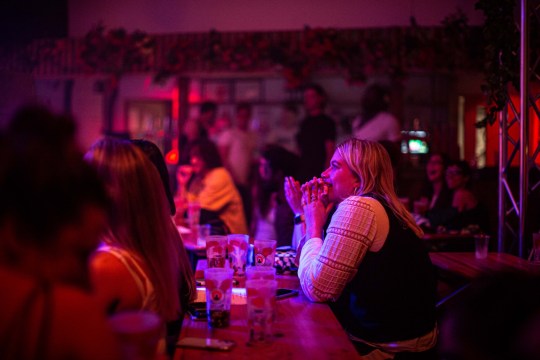 Life is a cabaret, old chum, come to the cabaret. We don’t mind if we do! Especially seeing as it’s a brand new underground monthly cabaret called Lines, which launches tomorrow in Hackney Wick.

And being in Hackney Wick might tip you off that this is not your usual cabaret show but something altogether more edgy with comedy, music, burlesque, everything you would expect from a cabaret.

Comedienne Gabby Killick is in charge – the Emcee, if you like – and she will oversee what is intended to be a thorough reinvention of the whole concept of cabaret with instrumental group New Car Smell, sensory burlesque artist Aya Love and Frankie Boyle-favourite Arielle on comedy. Prepare to be dazzled. 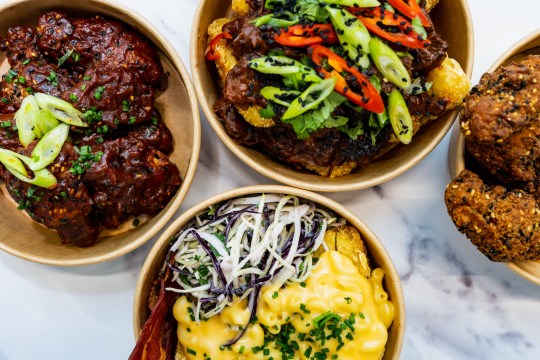 You know when you get a full English and the best bit is the hash brown? You might even find yourself asking for extra hash browns. We know we do.

Well, the humble hash brown has been accorded its rightful place at the centre of everything down at BOXPARK Croydon thanks to Hash Hut, a brand new concept dedicated to *checks notes* the hash brown!

Well, we say humble, these are actually Michelin-quality hash browns, which have been crafted to be dippable or infused with roast garlic mayo, parmesan or fresh truffle, curried, served with bangers to make bangers and hash… all thanks to British chef James Sharp, whom we salute with all our hearts and bellies. Hash-tag Hash Hut. 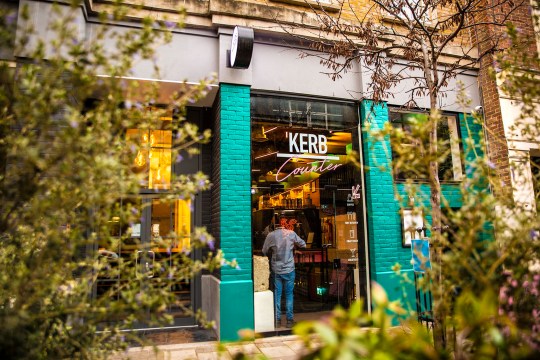 Down in Shoreditch, experiments are being carried out. Experiments in food. It’s all going on at KERB Counter, a bar and test kitchen that collaborates with various new food concepts to see which ones catch the imagination of the fickle palettes of the east London set.

And right now, to launch the place, it is the turn of From the Ashes, a ‘nose-to-tail’ (which is a bit graphic!) barbecue outfit with Mexican influences, which means your meats are served with tortillas, pico de gallo and house-made pickles.

And let’s keep our peepers on KERB Counter and see what other strange delights they have to wash down with Husain Mapara’s creative cocktails. 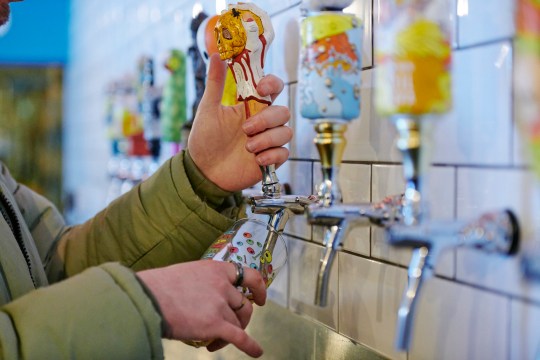 Won’t you take us to… Beavertown (sung to the tune of Funkytown by Lipps Inc, obviously), the newly opened – hooray! – totally biggened – hooray! – north London taproom with indoor seating, outdoor seating, upstairs seating with views across the whole brewery and no fewer than eleven taps so you can sample the entire Beavertown range (perhaps not all on the same night though, eh?)

Add screenings of Six Nations fixtures, a full programme of live music and totally bookable tables and it has your name all over it.

We just worry that with so much choice at the bar, getting served is going to take ages. Let’s not worry. They have that covered.

The Thief, His Wife and The Canoe: Where was the series filmed?