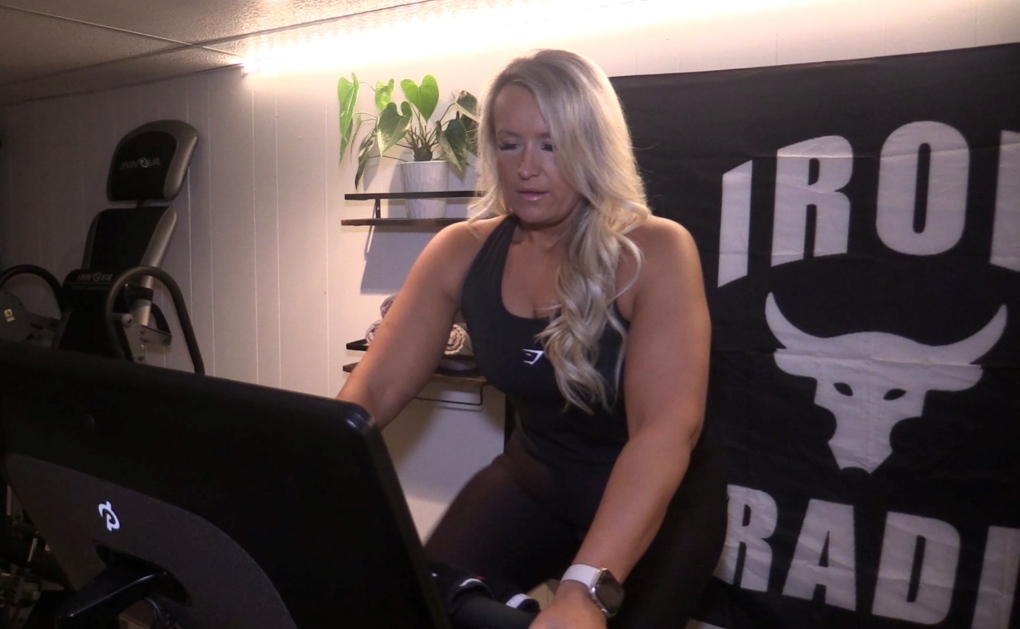 Christina Topic is on a mission to start a new career.

“I’ve always wanted to be a police officer,” says Topic, 35, from London, Ont.

She’s on her way to making her dream a reality, but until recently she felt it was impossible. In 2019, she decided to change her life after a vacation with her friends and family, opened her eyes.

“My one girlfriend took a picture of me from the side and after I got out of the water, I saw the picture of myself and burst into tears because I couldn’t believe that was me,” says Topic.

Over the past 26 months she’s lost 140 pounds and now hopes to go from working as a police dispatcher, to being an officer.Christina Topic, 35, works out in the basement of her London, Ont. home on Jan. 19,2022. Topic has dropped 140 pounds as she strives to become a police officer. (Brent Lale / CTV News)“It’s always been a dream of mine and being able to help somebody at their absolute worst is something that I’ve always been really attracted to, but my weight always held me back from that,” says Topic.

“I decided that kind of the next best option where I still got to help people every single day would be to become a police dispatcher. So that’s my current job and I absolutely love it but I still had this fire burning inside me that I just wanted to achieve that goal and I’m almost ready to apply.”

Once unable to even run for 30 seconds, Topic can now do five km without stopping. She runs, cycles, stretches and works out every day before and after her job which requires 12-hour shifts.

Topic has been documenting her journey on Instagram and TikTok while gaining thousands of followers. She’s inspiring others and receives dozens of messages daily.

“I think she did an amazing job of demonstrating what our capacities are as human beings even through tough times and challenges.” 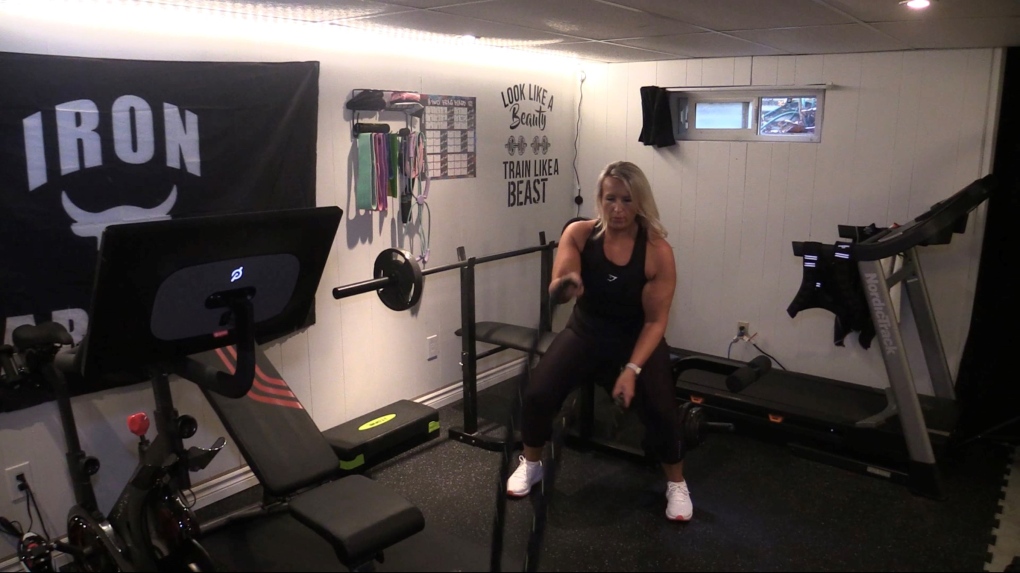 Christina Topic, 35, works out in the basement of her London, Ont. home on January 19,2022. Topic has dropped 140 pounds as she strives to become a police officer. (Brent Lale / CTV News)With closures to fitness centres, the pandemic has been difficult on people who enjoy going to the gym and staying active.

Pinhal believes it is a growth mindset that helps people like Topic achieve their goals, even during times where obstacles can be presented.

“I can control how much water I drink and how I sleep at night,” says Pinhal. “I can also control the foods that I put into my body and just getting up and moving. It doesn’t have to be going to a gym. It just means simple body in motion.”

That’s what Topic has done.In what she refers to as her second job, she’s made a conscious decision to wake up and put herself first every day. Her meals are on point as she strives to be her competitive best.

“I know it sounds kind of crazy, but I give myself a high five in the mirror and I say ‘Okay, today’s going to be better than yesterday ,” says Topic. “That’s my goal every single day. I am better today than I was yesterday.”

In addition to aiming for a new career in law enforcement, Topic is also preparing for her first fitness competition in Texas later this year.

Her journey to that competition will also be part of a documentary on Amazon Prime in the U.S.