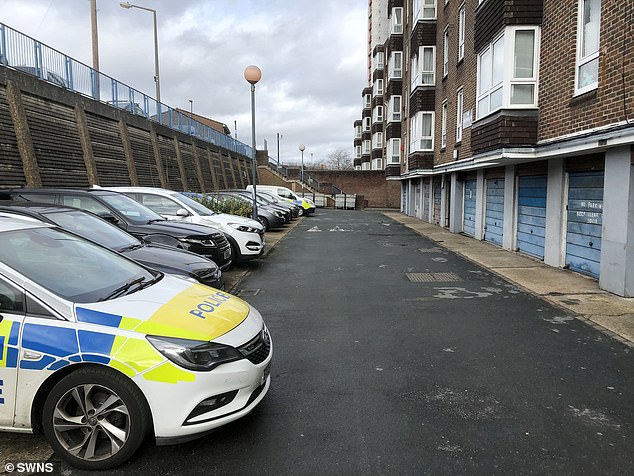 Residents heard a woman screaming the night she was found dead in her flat by police on Valentines Day, neighbours said today.

The woman, who is thought to be in her early thirties, was found dead in her flat in Plumstead, south east London just before 8.30pm on Monday night.

Police were said to have broken down the door to get inside the home in a three-storey block on the edge of a large complex on Congleton Grove.

Police have launched a murder probe after the victim was found suffering from multiple injuries. So far no arrests have been made, Scotland Yard said.

The woman, who has not been officially named, was said to be black and did not have any children, neighbours claimed today.

Police cordoned off Congleton Road in Plumstead, south east London, after a woman in her 30s was reportedly stabbed to death

Andrew, 59, who lives in the block but did not want to be identified, said: ‘I knew her. She had a string of different boyfriends.

‘When she had had a few drinks she could be quite loud. She has lived here for around seven or eight years.

‘On the night she died someone heard her screaming and the police went in. They broke down the door and found her with wounds.’

Joy Oga, 34, said she sometimes heard the woman arguing with men in her home, or banging on neighbours’ doors and may of had mental health problems.

She added: ‘She was a black woman. She was quite rough in the sense that sometimes in the middle of the night I would hear her screaming with different men. 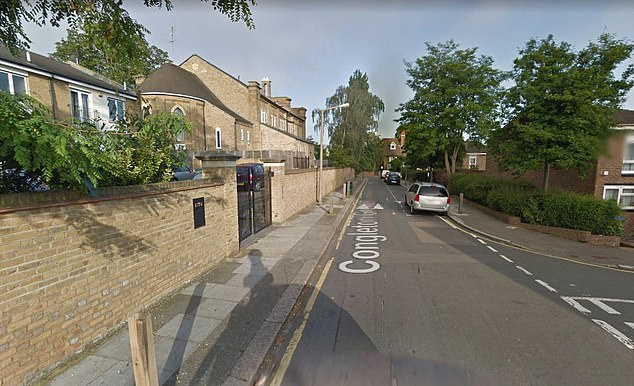 ‘Sometimes I saw her throwing things when they were arguing and she would try and throw stuff.

‘She would shout and argue outside the flat. She would bang on people’s doors and ask for a lighter.

‘Sometimes she wanted to borrow my phone or she would say ‘I have just left my key’ and then she would run off with things. She had a very rough life.

‘She had a lot of boyfriends, I can’t even count how many. She looked like she had some mental health issues.’

Ms Oga also paid tribute to the woman, adding: ‘She was beautiful but her beauty was hidden by all the problems she had. It is heart-breaking to hear about something like this happening here.

‘Last night I could not sleep, all I was doing was thinking about it. Living here is not safe.’

Two police cars were parked outside the block today as forensic officers swooped the corridor outside her flat for clues.

Another neighbour, who did not want to be named, said: ‘I did not know her well but I think she was called Naomi. I don’t know.

‘We would chat a bit and say hello to each other but we were not friends.’

Another resident added: ‘I knew she was a black woman and that she lived here but that’s all I know about her. She did not have children.’

A post-mortem examination is due to take place to ascertain how she died, the Met Police said.

Police said officers are working to track down her relatives and tell her next of kin about her death.