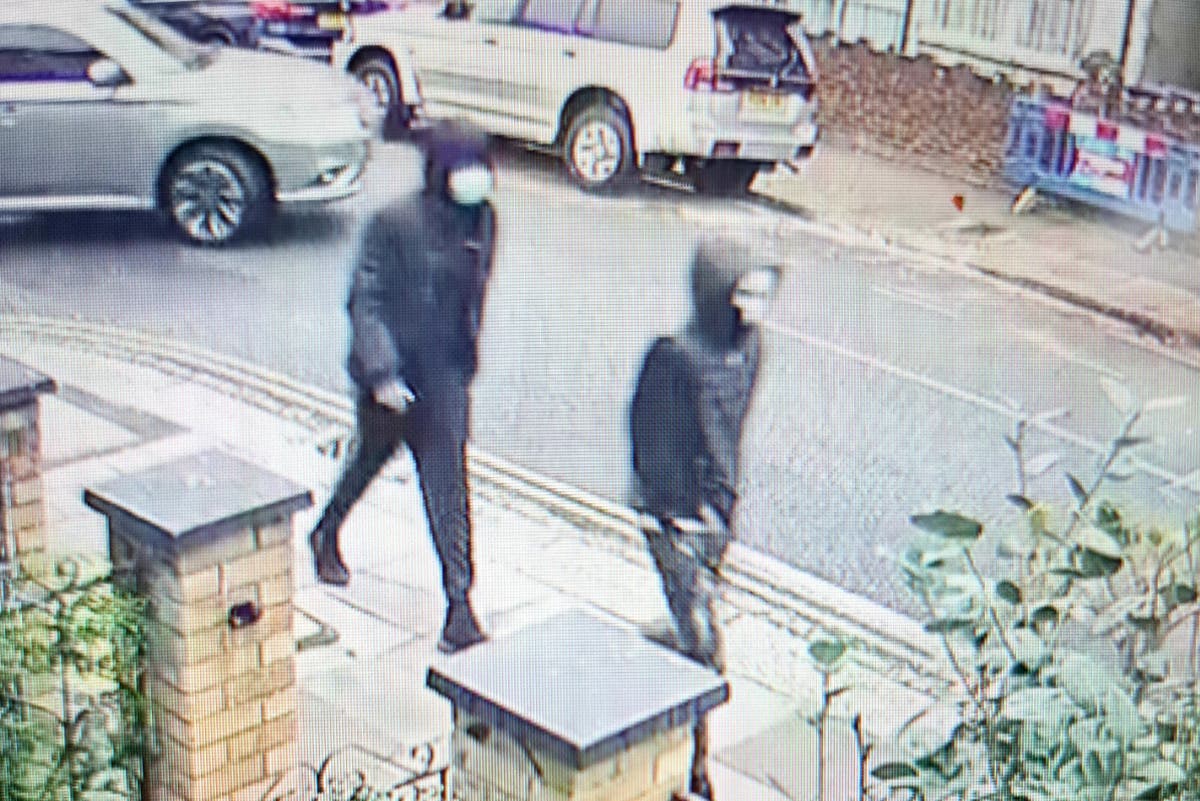 olice have launched an appeal to find two men after a man was stabbed 18 times in west London.

The victim, a 37-year-old man, was chased by two men as he walked down Regina Road, Southall, on September 30 last year.

He was stabbed 18 times and was left fighting for life from his injuries, which required him to stay in hospital for several months.

After the attack, the suspects jumped into a car which was driving closely behind them and then sped off from the scene, said police.

Second image of two men police wish to speak to

Detective Constable Mark Summer, leading the investigation, said: “This was a violent and brutal attack and the victim was incredibly fortunate not to lose his life.

“Tackling violent crime is our top priority and there is no place for this type of behaviour on our streets. We need to identify those involved so that we can prevent any further harm they may cause.”

Anyone who has any information or who can identify those shown in the images is being asked to call 101 with reference 6486/30SEP21. Crimestoppers can be contacted 100 per cent anonymously on 0800 555 111.