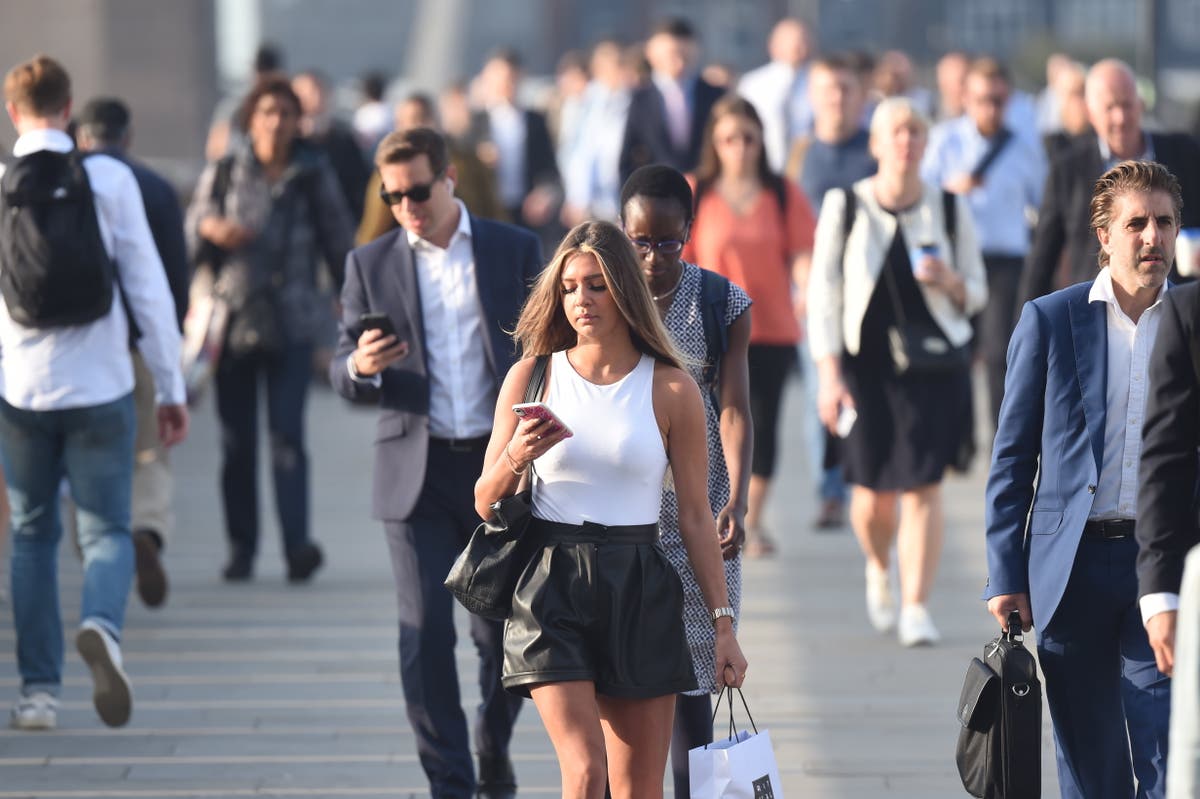 ondon’s population has started growing again after dropping for the first time in more than 30 years early in the pandemic, a new study has found.

The report, from analysts at City Hall, confirmed that a “boomerang effect” in well underway as thousands of people who left London for the suburbs and the shires began heading to the metropolis.

In particular the “many young adults” who quit the capital during the first lockdown in 2020 as they lost their jobs or went on furlough started flooding back from last spring and summer, the report found after its authors analysed data from GP registers and the rental sector.

This was probably largely due to the reopening of the hospitality and leisure sectors from last April onwards,

The report, from the GLA’s City Intelligence Unit concludes: “Following an initial fall over the first year of the pandemic London’s population has likely resumed growing, albeit at a slower rate than it had been prior to the pandemic.”

Some early estimates suggested that the combined effects of Brexit and the pandemic could permanently reduce London’s population by hundreds of thousands in a “race for space” flight from the capital – but these fears appear to be unfounded.

The report found that deaths spiked during the first two waves of the pandemic, when almost 22,000 mainly elderly people died from Covid, and the birth rate has continued its long term downward trend, scotching predictions of a “lockdown baby boom.” The long term trend of older age groups moving away from London has also continued. However, this has been offset by the return of younger Londoners.

International migration to London fell in 2020 due to the combined effects of the pandemic and Brexit but more recent visa data point to at least a partially recovery in the months to September 2021.

The report’s findings are in line with evidence from the property market that strong demand for accommodation is sending rents and prices soaring.

The London property market was the weakest in the UK through much of the pandemic but prices have started to accelerate since the start of the year and estate and letting agents report a huge surge in the number of buyers and renters.

London’s population is estimated to have peaked in 2019 at just under nine million – the highest it has ever been in its history. It overtook the previous high of 8.6 million in 1939 just before the Second World War.

It fell sharply in the 70s and 80s to a low of 6.8 million in 1991 before stating to rise again as the City boomed following the Big Bang deregulation of financial services.

Mayor Sadiq Khan said: “The pandemic has had a devastating impact on our city, with a tragically high number of Londoners losing their lives and young people leaving the capital.

“As our capital recovers, this encouraging new data reveals that young “boomerang Londoners are beginning to return to the city as economic conditions improve and restrictions ease.

“London is a dynamic and innovative global city, in large part thanks to the young people from the UK and overseas who come to live, work and create here, alongside our amazing homegrown talent. So with open arms we welcome these young people back, who will be integral to our recovery.”