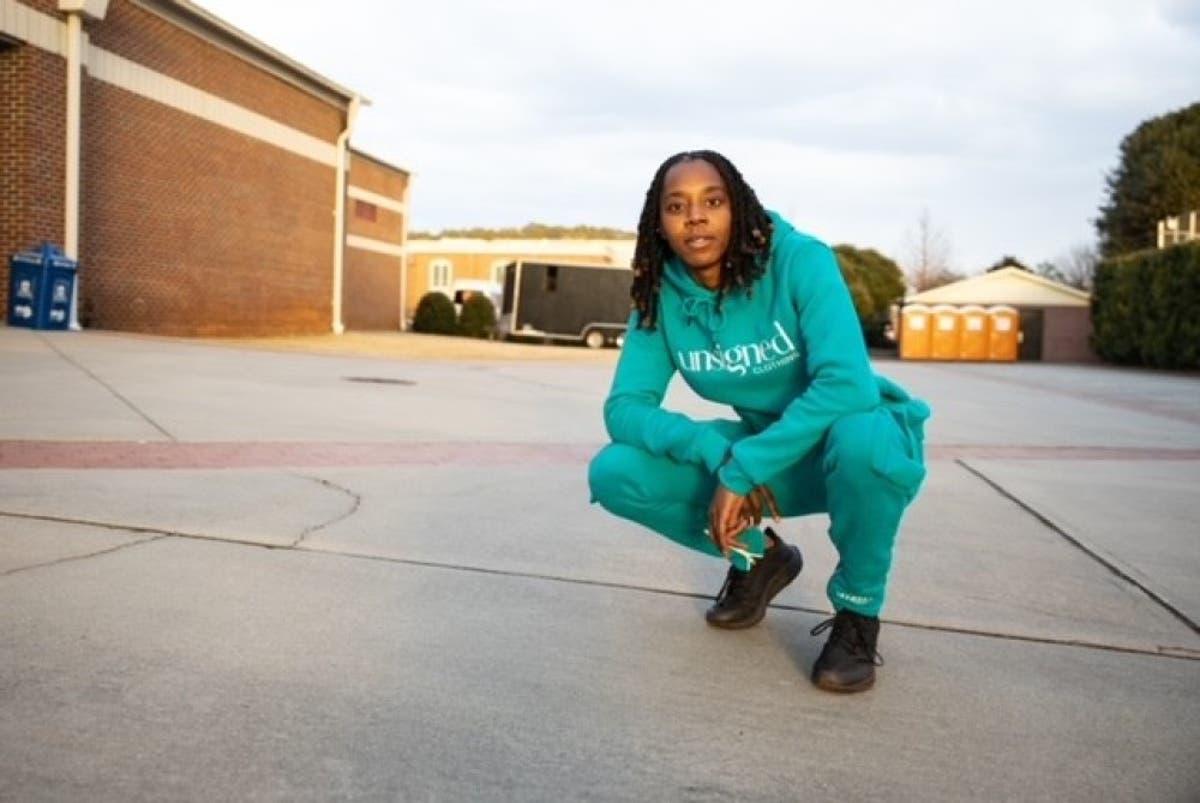 eam GB track and field star Lorraine Ugen says she has created her own sportswear brand in a bid to break the stigma around being an unsigned athlete and inspire others to “grow and succeed in their sport” without sponsorship.

Unsigned is a self-funded brand Ugen plans to launch within the next month as the 30-year-old long jumper and occasional sprinter was not picked up by a sponsor, despite competing at both the Rio 2016 and Tokyo 2020 Olympics.

Ugen, who grew up in Greenwich south London hopes the brand can celebrate unsigned athletes as well as fund her own training and competition costs.

“I wanted to start Unsigned not just for me,” Ugen told the PA news agency.

“I want people to be less embarrassed and less shy about it – there’s a lot of athletes that are not signed, we’re here (and) we’re available.”

Ugen explained that sponsorships are a key source of income for athletes.

“Most of us in track and field, how we make our money and how we support ourselves comes from getting sponsorships,” she said.

“I think during the pandemic, a lot of people got dropped from their kit sponsors, there’s been a large shift.

“There’s a lot of athletes that start GoFundMe accounts in order to support themselves.

“When people see you compete on TV, they automatically assume that you’re making millions … I met some people in the field that have to have part-time jobs because they’re not making enough money to be able to do just track and field.”

Burdened with an injury, Ugen herself was dropped by sportswear brand Spyder in 2020, which she said encouraged her to build her own brand.

“I had the idea (of Unsigned) beforehand, but when I got dropped, I was like, ‘you’re going to have to take the initiative now and do what you’ve got to do,” she said.

“I didn’t want to set up a GoFundMe account, I wanted to do something that was a bit different.

“Instead of just sending me money on GoFundMe, which goes toward nothing, at least if I’m giving you a product, you can help me to generate income and at the same time, you’re getting something in return.”

It’s something that I want to be able to pour back into track and field, to give it more marketability and make the fans and supporters feel like they’re involved in helping someone to grow and succeed in their sport

Unsigned will showcase a whole line of sportswear, including tracksuits, training sets, shoes and jumpers.

A TikTok Ugen created and posted to her Twitter saw the athlete sew and model one of the brand’s uniforms, which prompted over 5,000 likes on the platform.

“I’ve even learned little lessons along the way, when that video went viral of me sewing that uniform together – it was too large, things like that,” she said.

Ugen’s long-term hope for the brand, which will ship to the UK and US, is that she can help unsigned athletes more as it starts to grow.

“I want to do this on a larger scale because there’s so many talented athletes that are not signed,” she said.

“It’s something that I want to be able to pour back into track and field, to give it more marketability and make the fans and supporters feel like they’re involved in helping someone to grow and succeed in their sport.

“Right now, I’m buying lower quantities of stuff … I’m just putting a line out and I’m selling that line to whoever wants to buy and help me support and then I will reinvest it into the company.”

Ugen added that she wanted to raise awareness of unsigned athletes.

“You’re still worthy, you still have a community,” she said.

“I want it to be loud and I want people to talk about it.”