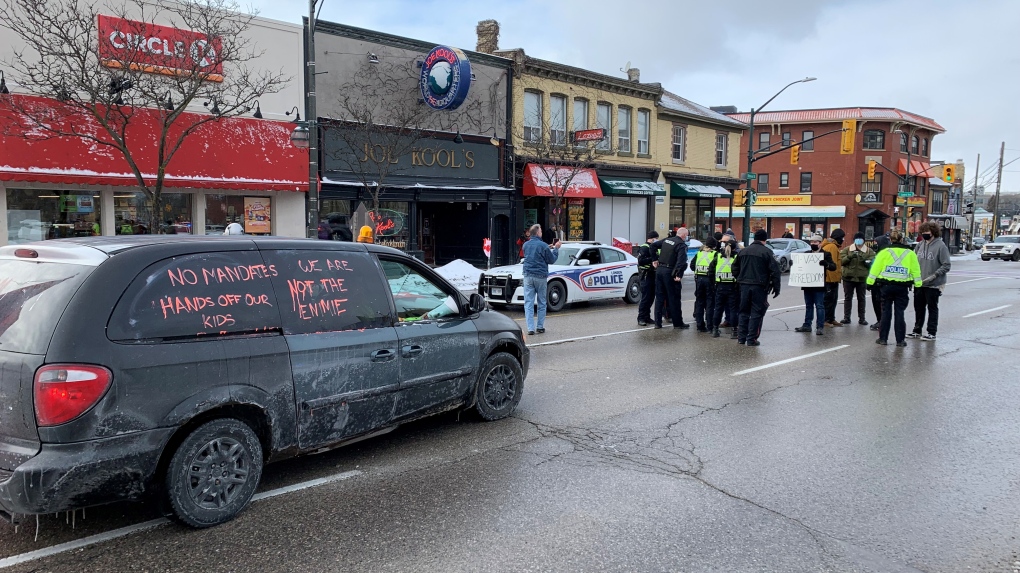 For the second weekend in a row, a convoy in protest of COVID-19 public health measures rolled through the city.

About a dozen counter protesters could be seen at Richmond Street and Central Avenue, blocking the southbound lanes of Richmond

“If they started with some legitimate purpose, that’s lost now. And so we’re here to show that Londoners are in favour of protecting our fellow citizens, we’re in favour of making sure that the hospitals are safe and we support the medical workers, the health care workers and everybody else who needs the vaccine,” said Tarek Loubani.

Police managed to get between the two groups and negotiated, resulting in the convoy being allowed through.