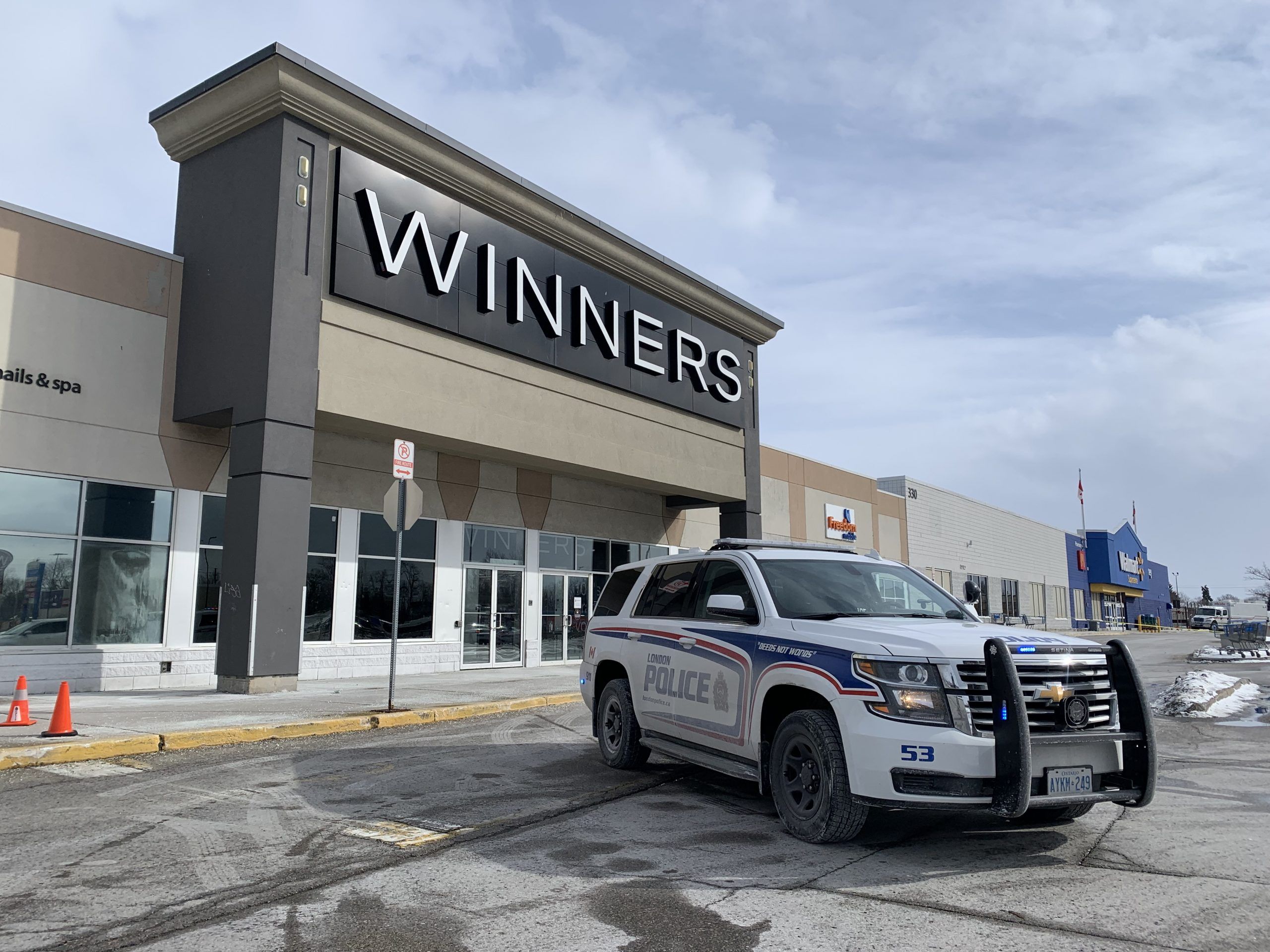 Several big box stores at an east London mall were forced to close for several hours Sunday amid a large police investigation into a late-morning bomb threat.

There was a heavy police presence at Argyle Mall on Dundas Street, where police had cordoned off a large section of the parking lot and surrounded part of the building, which is the biggest shopping node in the city’s east end.

Police say they were called just before 11:30 a.m. “in relation to a bomb threat at a store.” The unnamed store was searched and “nothing suspicious was located,” police said. The  shuttered stores, including Walmart and Winners, were reopened at about 3 p.m.

The store closings had created confusion for shoppers and pedestrians trying to cut through the parking lot on Sunday. One man drove up to a parked police cruiser and asked whether he’d be able to pick up his groceries from Walmart. An officer told him to come back later.