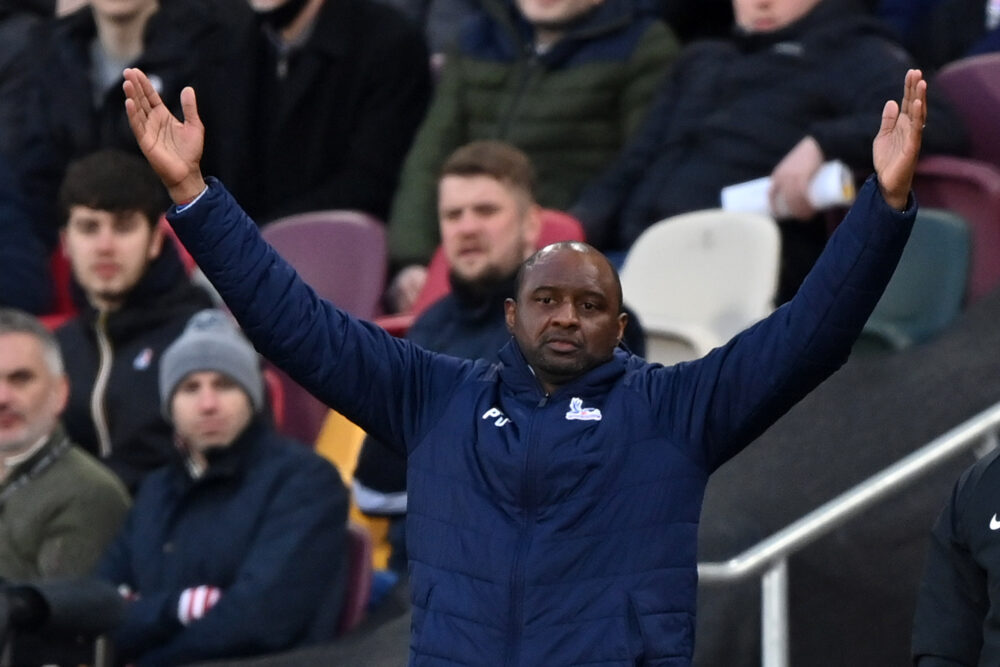 Patrick Vieira did not want to underplay the importance of Crystal Palace picking up a clean sheet in their goalless draw with Brentford.

The Eagles recorded their 11th Premier League draw of the season, as the hosts failed to turn their dominant performance into all three points.

Vicente Guaita pulled off a vital save to deny the hosts the opener in the 74th minute when he got down low to his right-hand side to push Pontus Jansson’s header away from goal.

Patrick Vieira’s side managed three shots on target during the 90 minutes – Joachim Andersen going close with the last kick of the game.

The reverse fixture at Selhurst Park in August also finished 0-0.

Patrick Vieira during the match at Brentford Picture: Keith Gillard

“This is something positive we have to take from the game,” said Vieira when asked about his side’s defensive display.

“When we had the ball, we didn’t link up well enough to create more chances. Overall a draw was a fair result.”

Speaking on the Eagles’ eighth clean sheet of the season, Vieira added: “This is important. We kept our organisation, and we were really disciplined as we knew how good they are on the counter-attack.

“That phase of the game was really important from the team as we were organised and didn’t allow them to break.” 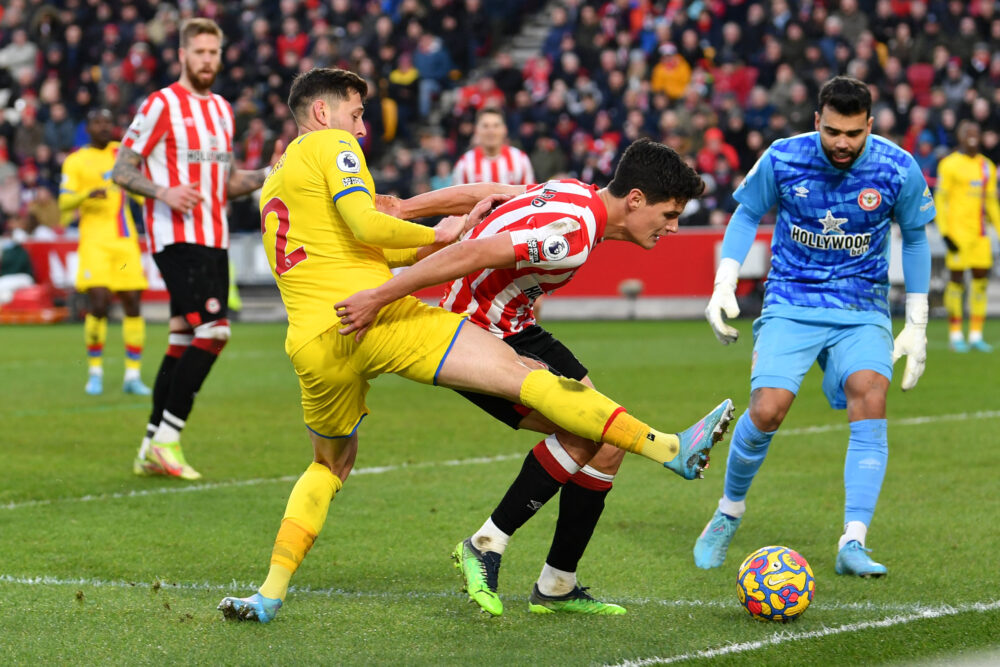 VAR checked Marc Guehi’s handball inside the area, but replays showed Christian Norgaard pushed the Palace centre-back as the duo jumped for the ball.

When asked about the early penalty call, Vieira said: “The decision of the referee, I believe, was right.”

Andersen took both of Vicente Guaita’s goal kicks at the Brentford Community Stadium, but the Spanish shotstopper was not carrying an injury.

“It was something that we planned regarding how Brentford defend,” explained Vieira.