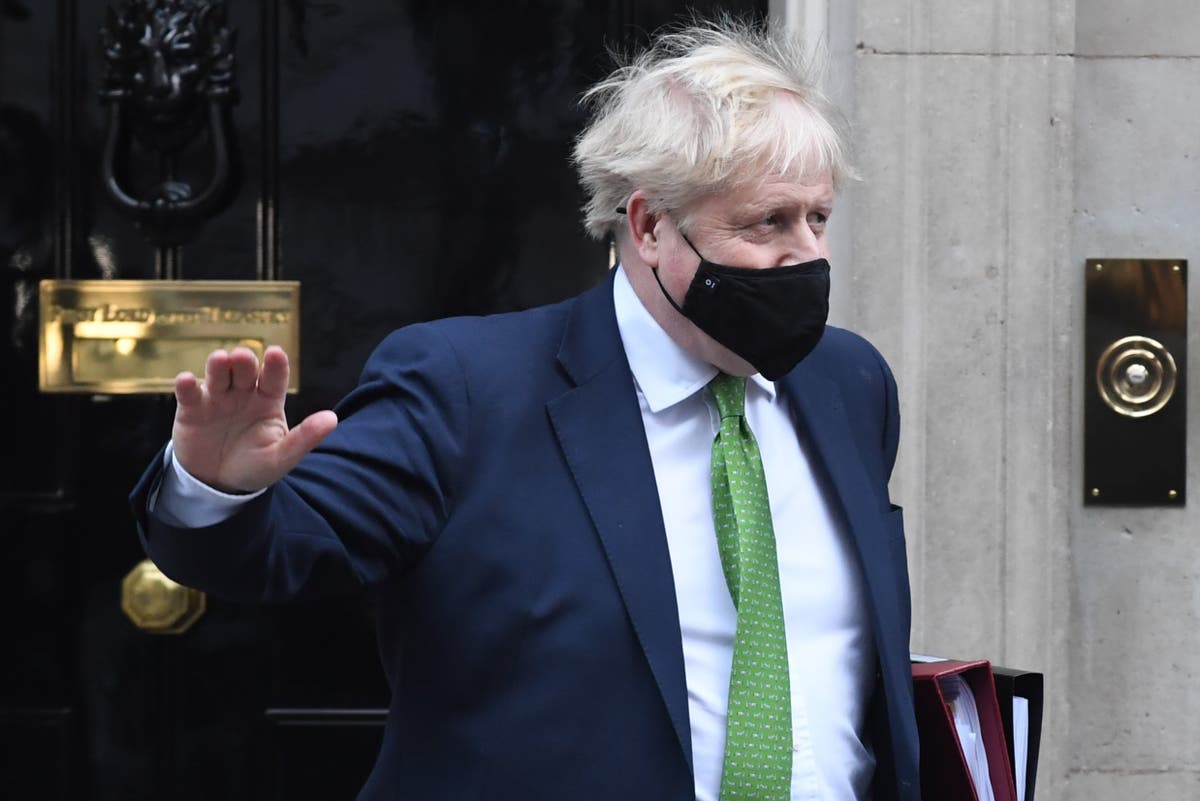 enior Tory MP and former Brexit secretary David Davis has called on Boris Johnson to resign in a dramatic intervention that will heap pressure on the prime minister.

Speaking at PMQs in the Commons, Mr Davis said: “ I expect my leaders to shoulder the responsibility for the actions they take.

“Yesterday he did the opposite. I will remind him of a quotation from Leo Amery to Neville Chamberlain in 1940: ‘You have sat there too long for the good you are doing… in the name of god, go.’”

It comes as more Tory MPs have submitted no confidence letters in Boris Johnson this morning, according to reports.

Government sources told Sky News that 12 new letters had been given to Sir Graham Brady, the chairman of the 1922 Committee, amid growing anger over Mr Johnson’s explanation of the “partygate” scandal.

Bury South MP Christian Wakeford, who was elected in 2019, crossed the Commons floor to join Labour. He cited Boris Johnson’s “disgraceful” conduct as a reason for leaving the Tories.

He tells the PM: “ I expect my leaders to shoulder the responsibility for the actions they take.

“Yesterday he did the opposite. I will remind him of a quotation from Leo Amery to Neville Chamberlain in 1940: ‘You have sat there too long for the good you are doing… in the name of god, go.’”

The PM responds that is unsure of which quotation Mr Davis is referring to and says he must wait for the Sue Gray inquiry.

Dorries says ‘union jack is not welcome on the Labour benches’

Culture Secretary Nadine Dorries, reacting to the defection of Red Wall MP Christian Wakeford to Labour, said: “Sadly, Christian4BuryS has yet to realise that the Union Jack mask he is wearing to cross the floor to Labour, is not welcome on that side of the house.”

It comes after Mr Wakeford was pictured wearing a mask on the Labour benches.

Moving away from prime minister’s questions for a moment, there appears to be signs that some in Labour are unhappy about Christian Wakeford’s defection.

Young Labour tweeted: “Christian Wakeford MP should not be admitted to the Labour Party.

“He has consistently voted against the interests of working-class people; for the £20 universal credit cut, for the Nationality and Borders Bill and for the Police and Crime Bill.

“Young Labour does not welcome him.”

The SNP’s Westminster leader Ian Blackford has begun his questions.

He says: “This week was supposed to be Operation Save Big Dog… it’s more like Operation Dogs Dinner.

“There is now more evidence that parliament has been misled, and an even longer list of ludicrous excuses from the prime minister.

“The latest sorry excuse is the most pathetic of them all – nobody told me. Nobody told the prime minister he was breaking his own rules.”

He points to Mr Johnson who appears to be laughing on the frontbenches, saying: “The prime minister is laughing at the British public. He is taking the public for fools.”

Starmer: Government is ‘out of touch and soon to be out of office’

Sir Keir says the Johnson government is “out of touch, out of control, out of ideas and soon to be out of office”.

He continues: The government is offering nothing on the cost of living crisis… they are distracted by their own chaos.”

PM declines to comment on whether he will resign after inquiry

Boris Johnson mentions the photo of Sir Keir Starmer drinking a beer while inside a property in April 2021 and asks him to explain whether he broke lockdown rules.

Sir Keir responds: “If the PM thinks the only accusation is drinking a beer with a takeaway then Operation Save Big Gog is in trouble than I thought.

“If a prime minister misleads parliament should they resign?”

Mr Johnson declines to answer directly, saying the matter will be “fully addressed in the inquiry” and claims Sir Keir is “wasting time”.

Sir Keir goes on: “Last week he said he didn’t realise he was at the May 20 party – no one believed him.

“This week he has a new defence: ‘Nobody told me it was against the rules.’

“Since the PM wrote the rules, why does he think the new rules will work for him?”

Boris evades the question, claiming if Labour were in power the UK would have been in lockdown restrictions.

Sir Keir has taken to the despatch box.

He says: “Can I start by warmly welcoming Christian Wakeford to the Labour party.

“Like so many people up and down the country he has concluded that the prime minister has shown himself incapable of offering the leadership this country deserves.

“The Labour party has changed and so has the Conservative party.

“He who wants to build a new Britain build on decency, security and respect is welcome in my Labour party.”

After being heckled by Tory MPs, he quips: “I’m sure the chief whip has told them to bring their own booze.”

Wendy Chamberlain, Liberal Democrat MP for North East Fife, says: “Last week we heard the rules at Downing Street may have been broken but the PM said it may have been a work event… now he says he was not told what the rules were.

“There is no excuse for taking the British public for fools… Will he do the decent thing and resign.”

Mr Johnson replies: “No. As I said to the house last week I apologise for any misjudgments that were made but she must wait for the Sue Gray inquiry next week.”