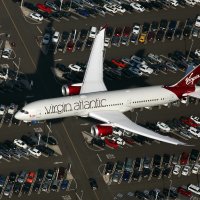 Virgin Atlantic is opening a new route to the US later this, launching flights between London Heathrow (LHR) and Austin-Bergstrom (AUS).

The new transatlantic service will operate four times per week from May 25 onboard Boeing 787-9 aircraft, providing direct competition with British Airways (BA). Flights will run on Mondays, Wednesdays, Fridays and Sundays.

Austin will become the 11th point in the US to be served by Virgin Atlantic during the summer 2021 season—the same number of destinations offered by the UK carrier in summer 2019.

“The US has been our heartland for more than 37 years since our first flight to New York City in 1984. Since US borders opened to UK travellers on 8 November, it feels extra special to be launching new flying, especially to the fantastic city of Austin,” Virgin Atlantic’s CCO Juha Jarvinen said.

The airline will go head-to-head on the route with BA, which is currently the sole provider of nonstop flights between London and Austin after Scandinavian LCC Norwegian Air Shuttle exited the market at the onset of the pandemic.

BA began year-round daily flights to Texas’ state capital in March 2014—at the time becoming the US airport’s only nonstop connection to Europe. Flights were initially operated using 787-8s, but the airline has since used 777s, 787-9s and even 747-400s on the route.

Competition intensified in March 2018 when Norwegian introduced a 3X-weekly service to AUS from London Gatwick (LGW) onboard 787-9s, but the LCC scrapped the route two years later when the COVID-19 crisis began and has since restructured to concentrate on short-haul flying within Europe.

BA also paused its LHR-AUS flights at the start of the pandemic, but service resumed last October after the US government began to ease entry restrictions for foreign travelers.

The latest schedules provided by OAG show that the oneworld alliance airline currently serves the route 5X-weekly using a 216-seat 787-9 but plans to switch to a larger 331-seat Airbus A350-1000 from Feb. 28. Frequencies will also return to daily from late-April.

Although Austin-Bergstrom remains a focus city for Virgin Atlantic’s transatlantic joint venture partner Delta Air Lines, the US carrier has lost ground at the airport in recent years to Southwest Airlines and American Airlines.

However, Virgin Atlantic’s arrival—coupled with the planned launch of partner KLM’s Amsterdam (AMS)-Austin route in March—will offer enhanced connectivity for Delta passengers between Austin and Europe.

As well as flying passangers, Virgin Atlantic will offer 20 tonnes of cargo capacity on each flight. This cargo service will offer new opportunities for companies looking to export and import goods such as high-tech products and e-commerce between prime markets in the UK and US.

“This exciting new partnership helps meet our goals of continued recovery from the impacts of the pandemic and furthers our commitment to being the Gateway of Central Texas for both leisure and business travelers alike,” AUS CEO Jacqueline Yaft said.