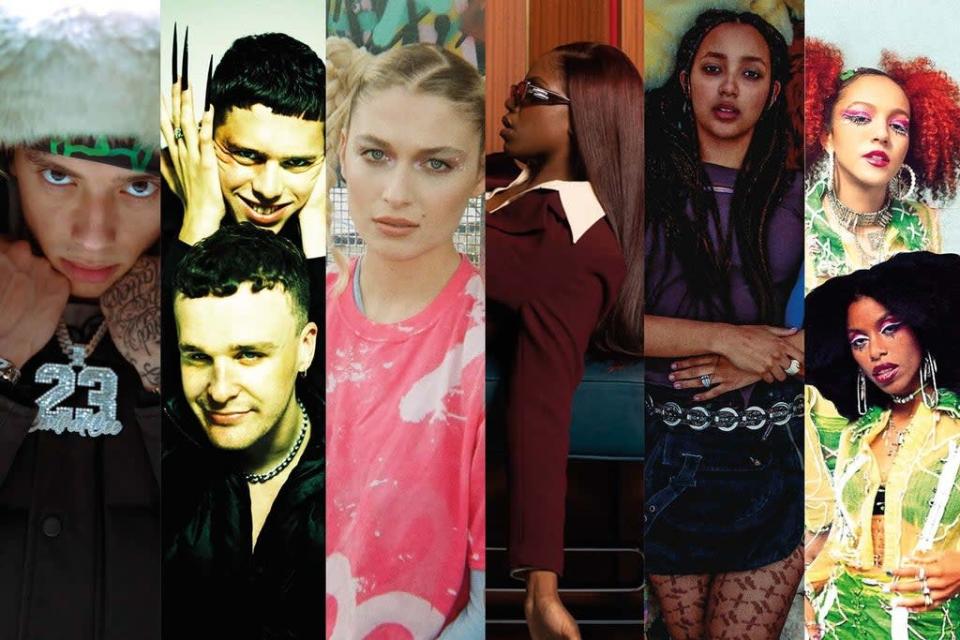 In one way, launching a music career right now is harder than ever. There’s no guarantee that any tour to get your potential new star in front of real life eyeballs will actually take place as scheduled. But in another way, it seems easier, with the booming social media platform TikTok making it possible for hits to result from tiny quantities of music. In October PinkPantheress was able to build on her viral success by releasing a 10-song mixtape that was just 18 and a half minutes long – ideal for modern attention spans.

Away from the internet, of course London is still the place to be if you want your music to be noticed. Here are six locals set for big things in 2022.

It might be a hint at her ambition that South Africa-born, London-based Bella Latham’s latest single is named after the Spice Girls’ biggest moment. In Baby Queen’s hands, however, Wannabe is a darker, queasier thing. As with most of her songs to date, it’s highly melodic electronic indie pop with a sharp dose of personal honesty. “I guess I’ll always be a wannabe, baby/Making art pop music about the drugs I’m using,” she sings. Tracks on her first mixtape, The Yearbook, tackle teen preoccupations with self-image and mental fragility, but the big tunes almost make the struggle sound fun.

It’s two breakthrough stars for the price of one with West London rapper Oakley Caesar-Su. His song Obsessed With You, which spent two months in the UK top 10 this autumn, samples the cutesy chorus of Just for Me by PinkPantheress. His other connections are even more starry. He had a verse on a remix of Ed Sheeran’s megahit Bad Habits and his latest single, Overseas, is a collaboration with arena-filling rap duo D-Block Europe. A debut mixtape, Wild West, was a big seller in the spring. The follow-up, 23, is sure to send him still higher when it arrives in late February.

Enitan Adepitan, from south London, made a name for herself during lockdown with a song, Peng Black Girls, that celebrated the beauty of her fellow black women. Once Jorja Smith added her voice to a remix, the video for the second version ended up being seen over 15 million times on YouTube. Enny’s melodic rapping style doesn’t conceal her anger, however. Her song Same Old sees her getting sweary about gentrification, while Keisha’s & Brenda’s is about women being blamed for sexual assaults.

Thanks to Royal Blood and The Black Keys, we already know that rock duos can make a mighty noise despite their limited numbers, but they’ve rarely looked quite as striking as Amy Love and Georgia South. The south Londoners, who dress as loud as they sound, have been releasing music since 2015 but now seem primed to make a real commercial breakthrough, having been named on Amazon Music’s Artists to Watch list for 2022, which guarantees support from the streaming giant. They’re already supporting others, producing a compilation last year, Voices For The Unheard, which showcased the work of other people of colour in rock.

While the wider record industry frets about how to make songs go viral on TikTok – seemingly the only route to a singles chart hit nowadays – an anonymous university student in London is able to do it almost every time. The music of PinkPantheress, who was announced last week as the winner of the BBC Sound of 2022 poll, is perfectly suited to the fleeting passions of digital natives: lo-fi and imperfect, skipping across dance genres from drum and bass to garage and gone long before you can get bored. Rarely is a song of hers over two minutes in length. She has the style, and in 2022 she’ll hopefully prove she has the substance too.

Having grown up and formed their duo in Somerset, Archie Blagden and Josh Greacen are now based in east London and making some impressive connections. They’ve been writing with FKA twigs on new music and feature South African star Moonchild Sanelly on the hypnotic groove of their single Demon. The most obvious comparison is with Gorillaz, for an eclectic electronic sound mixed with sleepy vocals and a strong ear for a catchy hook.

How many east London NHS staff are off sick due to Covid?