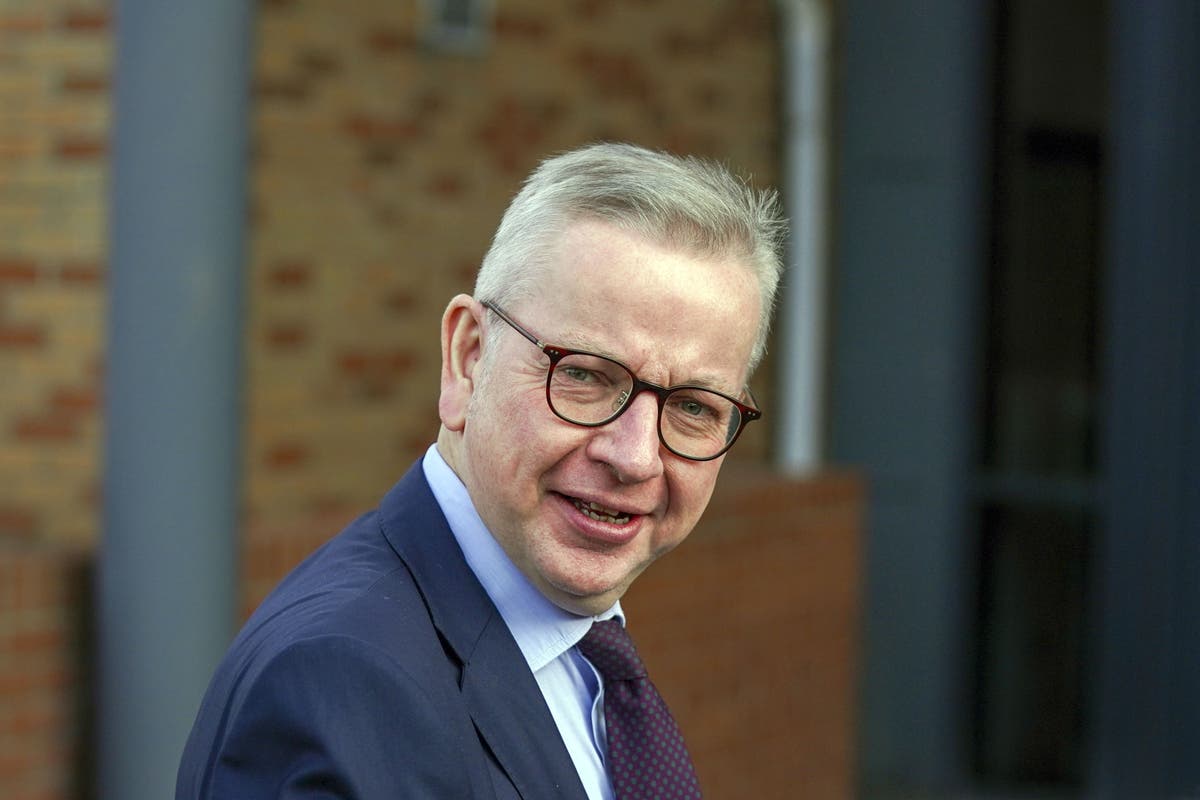 Boris Johnson has refused to say whether he attended an alleged drinking session in Downing Street’s garden during the first Covid lockdown.

According to The Sunday Times, the prime minister and his wife Carrie were among those who attended a ‘bring your own bottle’ bash on 20 May 2020.

The party was organised by Martin Reynolds, Mr Johnson’s principal private secretary and the most senior civil servant in Downing Street, sources said.

Asked on Monday if he and Carrie attended, Mr Johnson said: “All that, as you know, is the subject of a proper investigation by Sue Gray.”

Elsewhere, the PM has been accused by Labour of “backpedalling” on a pledge to slash VAT on energy bills post-Brexit.

Writing in The Sun in 2016, Mr Gove and the PM claimed household bills would “be lower for everyone” once the UK was outside the EU.

“But when push comes to shove, when families and pensioners really need support, they’ve broken that commitment. While Michael Gove backpedals, Rishi Sunak is missing in action.”

Senior civil servant Sue Gray is investigating the May 20 event as part of her inquiry into numerous allegations of rule-breaking events being held in No 10 during the coronavirus pandemic.

Asked if he and his wife Carrie attended, Mr Johnson said: “All that, as you know, is the subject of a proper investigation by Sue Gray.”

Pressed on whether he had been interviewed by Ms Gray, he said: “All that is a subject for investigation by Sue Gray.”

Boris Johnson acknowledged that energy costs were “just one component” of the pressures facing households.

“There’s a general inflationary pressure caused by the world economy coming back from Covid, and in the US, I think, inflation is likely to be the highest it’s been since the early 80s. The eurozone is experiencing exactly the same thing.

He previous claimed that fears about inflation were “unfounded” but denied doing so during Prime Minister Question’s last week.

British businesses fear Brexit changes will add to rising costs this year, a poll has found.

A survey of 228 firms by industry body Make UK and professional services network PwC found that more than half (56 per cent) were concerned that Brexit would continue to impact business costs, with the most prominent worries being custom delays due to import checks and changes in product labelling.

Boris Johnson and Michael Gove have been accused of backpedalling on Brexit promises to reduce VAT on energy bills.

Writing in The Sun in 2016, Mr Gove and the PM claimed fuel bills would “be lower for everyone” outside the bloc.

“But when push comes to shove, when families and pensioners really need support, they’ve broken that commitment.

“While Michael Gove backpedals, Rishi Sunak is missing in action.”

Reece Lipman said while he welcomed Michael Gove’s “firmer tone”, the government must recognise that the cladding crisis is actually a “full-blown building safety crisis”.

The 32-year-old, who lives in a flat in Romford, east London said that he owns 25 per cent of the property but liable for “100 per cent of fixing all the costs”.

Workmen remove the cladding from the facade of a block of flats in Paddington, north London

He said the government is currently taking action akin to bailing “water off the Titanic with pots and pans”.

He said: “It’s no good just replacing the cladding. If the money isn’t there to fix all the other issues, then the money cannot be given to fix the cladding.

“As we’ve seen with the previous Building Safety Fund. It feels like the government keep trying to bail water off the Titanic with pots and pans and that’s great, some people will be saved, but the ship is still going down and we haven’t yet addressed that problem.”

The shadow work and pensions secretary made the comments in an interview with Sky News.

He also dismissed an ongoing campaign to strip Mr Blair of his recent knighthood.

Mr Reynolds was also asked about what Labour would do to help families with the looming cost of living crisis.

Gove claims Johnson is the ‘Pep Guardiola of politics’

Boris Johnson is the “Pep Guardiola of politics”, Michael Gove has claimed.

The housing and levelling up secretary made the comments in an interview with LBC as he brushed aside claims the PM is not delivering on his commitments.

Pep Guardiola is the manager of the Manchester City football team. He joined from Barcelona and is widely regarded as one of the best ever coaches.

His teams are known for their flair and attacking style of play but are built on high-intensity work rate and discipline.

Gove told LBC Mr Johnson is “the true blue champion, and even though we don’t necessarily win every match, he is an inspirational leader”.

Mr Gove appeared on the LBC show to talk about the cladding scandal. More comments from him below:

Plans for new rules which would impose a legal duty on venues to provide security have been welcomed by the mother of one of the victims of the Manchester Arena terror attack.

Figen Murray, whose son, Martyn Hett, was among 22 people killed by suicide bomber Salman Abedi in May 2017, told BBC Breakfast: “It feels like a giant leap forward in the right direction.

“I can see the end result now. It is massive because the Government has clearly taken it on board and embraced it.”

She said government-led changes take a long time but “it would be amazing if this could be passed by the fifth anniversary of the attack in May – that would mean so much for me but (also) for the other families as well”.

She told the programme: “Everything I do since Martyn died is purely for the sole purpose to stop other people from experiencing and having to live a life that we are living now.

“The effects of losing someone to a terror attack are life-changing.”

Priti Patel, the home secretary, is later today due to detail the scheme, which include a requirement for some public places to be prepared for a terror attack.

Brexit will add to cost of living squeeze, manufacturers warn

Brexit will add to Britain’s looming cost of living squeeze, manufacturers are warning.

“It is clear…that Brexit and the global Covid-19 pandemic have had a scarring effect on the mentality of many businesses, which are traumatised by the ongoing delays and disruptions to their supply chains,” a Make UK and PwC report said.

Lorries queue for a customs facility in Ashford, Kent, as Channel traffic builds up following a quiet start to the year and the end of the transition period with the European Union on 15 Jan 2021

Gove BBC interview delayed as he gets stuck in a lift

Michael Gove got stuck in a lift at the BBC while on his way to an interview with Radio 4’s Today programme.

Host Nick Robinson was forced to update listeners that the housing and levelling up secretary would be late due to the issue.

Mr Gove later made it to the studio where he set out plans demanding housing developers agreed to a funding package to fix dangerous cladding on low-rise buildings.

Our policy correspondent Jon Stone as the full report: