Ministers face claims they have allowed the ruling elite of Kazakhstan to secretly invest vast chunks of the country’s wealth in the London property market after failing to introduce promised new transparency laws.

Former prime minister David Cameron pledged at an anti-corruption summit in London in 2016 that the UK would end the secret offshore ownership of property. More than five years later, a proposed register of foreign owners of UK property has still not been introduced.

Property worth hundreds of millions of pounds in London and southern England has already been identified as bought by Kazakhstan’s wealthy elite in the past two decades. The government is now under pressure to fast-track new laws to introduce the register pledged by Cameron.

David Lammy, shadow foreign secretary, said: “The government has abjectly failed to get to grips with the UK’s role in money laundering, corruption and illicit finance. London is the destination of choice for the world’s kleptocrats looking to store ill-gotten wealth. It is no good using tough words against the Putin regime, or criticising Kazakhstan’s human rights record, while being a soft touch for the elites that sustain and profit from autocratic regimes.”

There are nearly 90,000 companies in England and Wales owned offshore by companies incorporated in secrecy jurisdictions.

A report entitled The UK’s Kleptocracy Problem, published last month by the thinktank Chatham House, identified 34 properties bought by the Kazakh ruling elite from 1998 to 2002 at a cost of about £530m. John Heathershaw, professor of international relations at Exeter University and lead author of the report, said: “Most of the property is linked to Nazarbayev’s family or members of the ruling elite that are close to them.” Experts say the portfolio is likely to be “the tip of the iceberg” because many other properties will be owned by offshore shell companies which do not disclose their beneficial owners.

Heathershaw said London was a popular destination for ruling elites with suspicious wealth because it was a global cosmopolitan and financial hub; it provided a range of legal firms offering aggressive reputation management services; and it offered the chance to mix with influential figures in political, royal and business circles.

He said: “London has been really important for the political elite in Kazakhstan and that includes the relationships they have developed with individuals such as Tony Blair and Prince Andrew.” Blair provided advice to the Kazakh regime and Prince Andrew has been close to some of its wealthiest individuals.

The Kazakh elite’s properties bought during Nazarbayev’s presidency include Prince Andrew’s marital home, Sunninghill Park in Berkshire, bought in 2007 for £15m by oligarch Timur Kulibayev, the son-in-law of the former Kazakhstan president.

It also emerged in early 2020 that Nazarbayev’s daughter Dariga Nazarbayeva and grandson Nurali Aliyev own property in London worth at least £80m. The National Crime Agency issued unexplained wealth orders, which are used to track suspicious funds, against three properties: a mansion in The Bishops Avenue, one of the most expensive roads in the capital; an apartment in Chelsea; and a mansion in Highgate, north London. The orders were dismissed by a judge who found the NCA had not proved any link between the purchase of the homes and criminal funds. 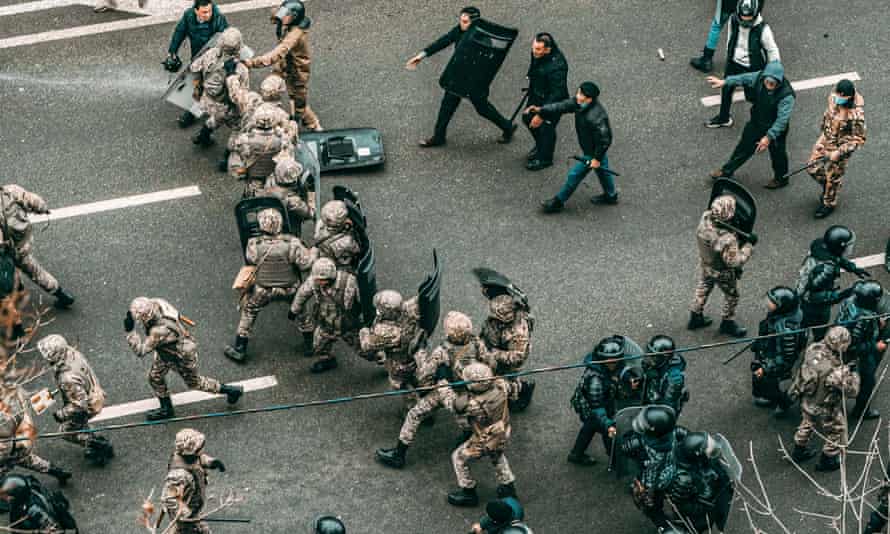 Protesters clash with police during a rally over a rise in energy prices in Almaty, Kazakhstan, 5 January 2022. Photograph: Alexander Kuznetsov/EPA

Oliver Bullough, author of Moneyland, a book which investigates how illicitly gained wealth can be moved around the world, said the uprisings in Kazakhstan were linked to the uninterrupted flow of the country’s wealth into cities such as London. According to a KPMG report, 162 people control about half of Kazakhstan’s total wealth.

Bullough said: “Kazakhstan’s elite has been able to extract a vast amount of wealth and leave ordinary people with very little. And the primary enabler of that extraction has been the UK.”

Ben Cowdock, investigations lead at Transparency International UK, an independent anti-corruption organisation, said the UK should now be examining if it can impose sanctions on any of the ruling elite in Kazakhstan who may have benefited from illicit funds.

He said: “Kazakhstan is a kleptocracy and there are high levels of corruption at the highest echelons of power. The UK should be seeking the evidence to take action, but it’s extremely difficult in a country which has essentially legitimised corruption. They’ve taken control of all the country’s assets and shared them out among the ruling elite.”

Nazarbayev’s whereabouts remain unclear this week and there has been speculation he may have left the country. Nazarbayev, 81, stood down as president in 2019, but until last week still wielded considerable power and was chair of the country’s powerful security council. He has now been removed from this post.

A UK government spokesperson said: “The government will establish a new beneficial ownership register of overseas entities that own UK property, in order to combat money laundering and achieve greater transparency in the UK property market. It is essential that the register strikes the right balance between improving transparency and minimising burdens on legitimate commercial activity. The government will legislate when parliamentary time allows.” 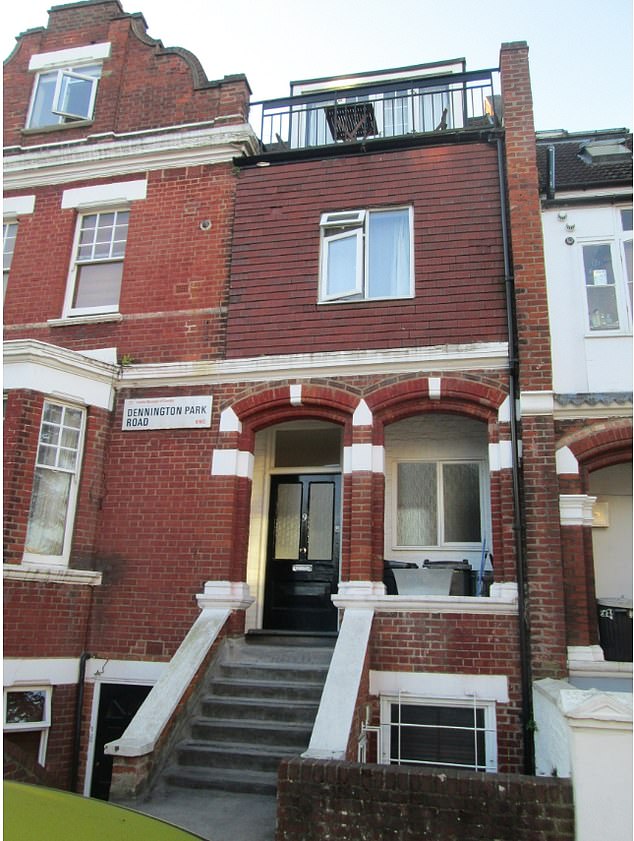