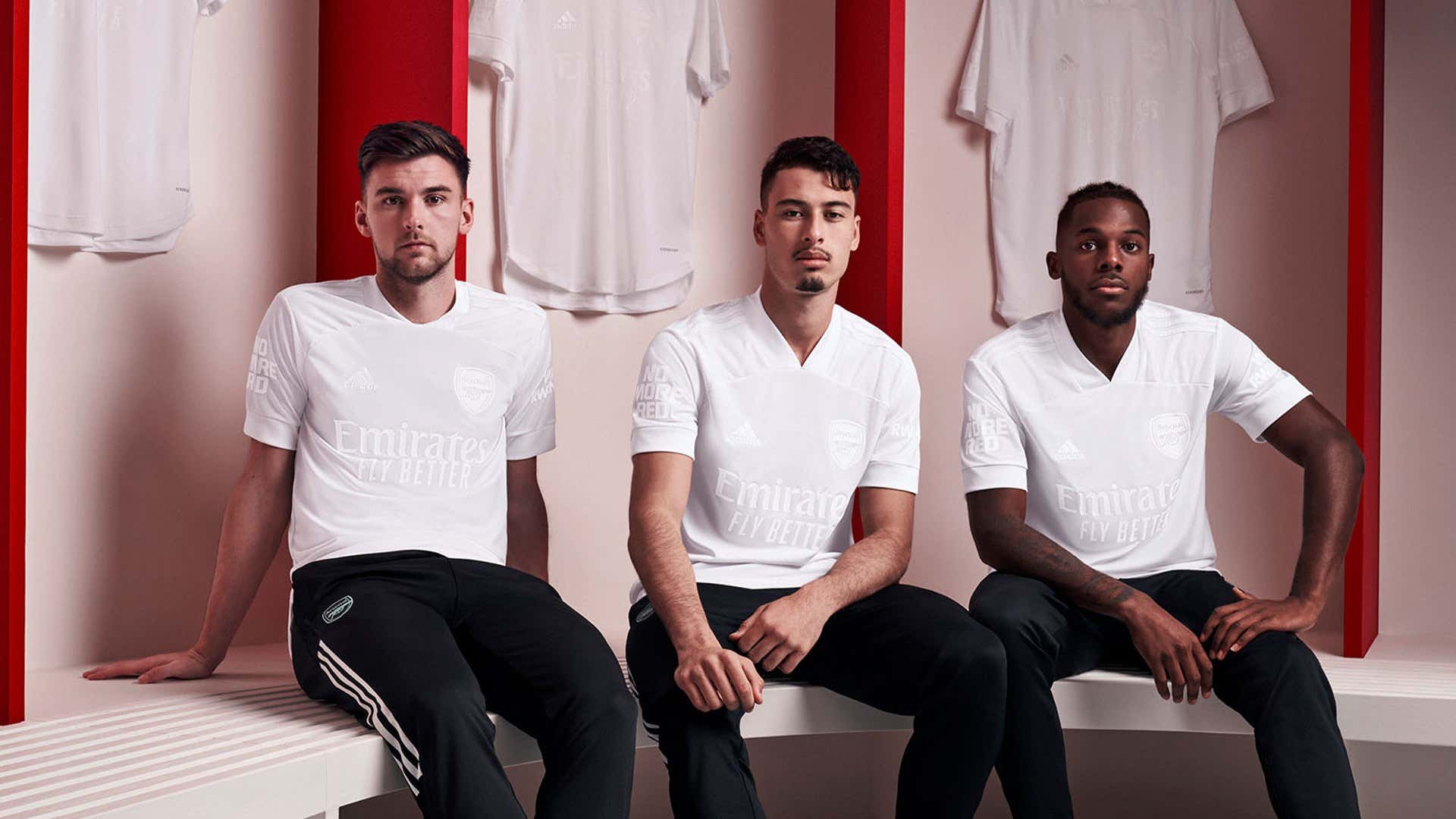 Arsenal have revealed that they will be supporting the ‘No More Red’ anti-knife crime campaign by breaking away from tradition and wearing an all-white kit against Nottingham Forest specially produced by kit suppliers Adidas.

The Premier League club are throwing their support behind a cause that intends to shed light on the ongoing social issues that impact the lives of young people in London.

There were more than 10,000 knife crime offences in the English capital between June 2020 and June 2021, with that 12-month period seeing the highest number of teenage murders recorded since records began.

When will Arsenal wear the all-white kit?

Mikel Arteta’s side will be donning an all-white kit when facing Nottingham Forest in the third round of the FA Cup on Sunday.

They would, with that contest taking place at the City Ground, have been forced to don a change strip in that fixture regardless as their hosts will be in Garibaldi red.

An opportunity is being taken, though, to support those endeavouring to deliver noticeable change in London communities.

It’s time to make a real change, through real action.

Our white shirt is not for sale, not for profit. No More Red. pic.twitter.com/jnmE4b0GpC

The kit worn against Forest will not be made commercially available, granting it exclusive status in Arsenal’s illustrious history.

Instead, the 10 jerseys worn by the outfield players on Trentside will be gifted to organisations addressing the root causes of knife crime and youth violence.

Film star Idris Elba, founder of Don’t Stab Your Future and mentor as part of No More Red, said: “From the time young people leave school, until the time they’re at home with family, there is often a void, a dangerous spike of nothing to do, where nothing can easily turn to something dangerous.

“If there continues to be no options for this after-school period, we will always see gangs form. Let’s create options for these young people.”

“We can never accept loss of life through youth violence as ‘normal’ in our city and it’s so important that we all work together to create a better environment for young people.

“By giving young people more places to play sport, more support, and access to individuals who can inspire them, together we can help make a difference to young people in London.”