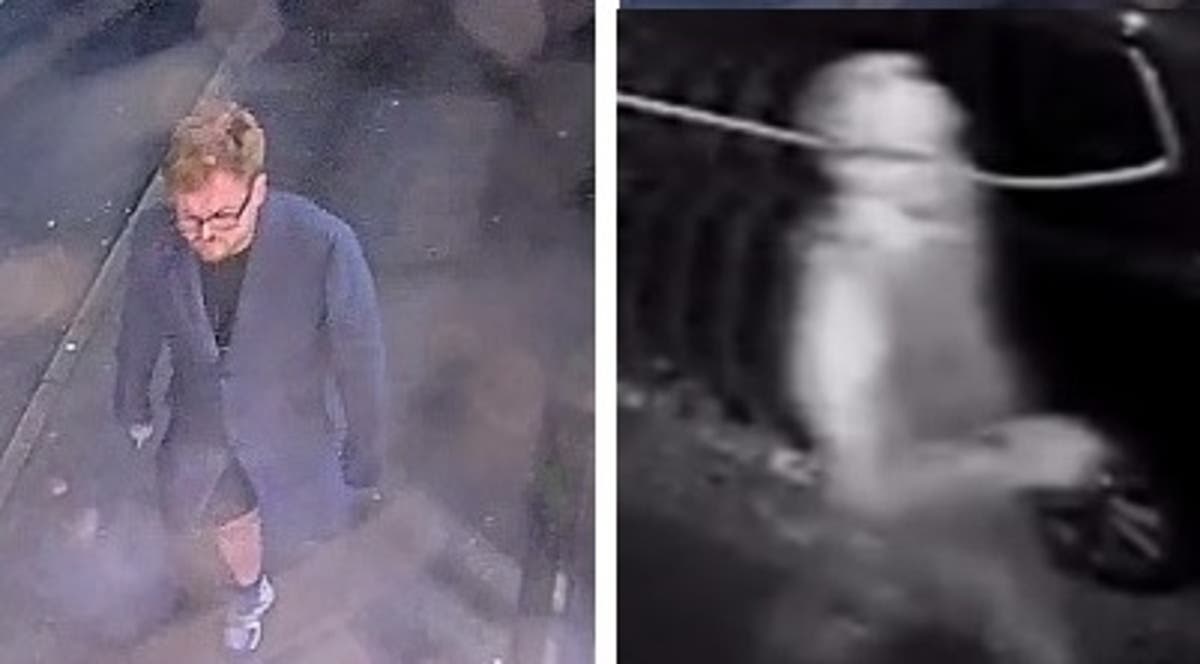 etectives have released CCTV images of two witnesses they would like to speak to following a fatal stabbing in west London.

The basketball coach was pronounced dead at the scene in Albany Road.

Mrs Walsh was seriously injured but is no longer in critical condition after kidney surgery.

During the investigation, detectives found CCTV footage of two men who they believe may have witnessed the attacks.

The first is described as a white man with ginger hair and black glasses.

He was wearing a long grey coat, shorts and trainers and had walked along Wilkes Road toward Albany Road before the incident. He was carrying what looks like a takeaway bag.

The second man was walking up Albany Road toward Brook Road South immediately before the incident.

He is described as white, with light hair, distinctive thick framed glasses and a rucksack.

Detective Brian Howie, who is leading the investigation, said: “We are really keen to speak to the men in the CCTV images as we believe they are significant witnesses in the murder of Ali Abucar Ali and the attempted murder of an 82-year-old woman.

“Please be assured, you are not in any trouble but may be able to assist with the investigation,

“If you are one of the people in the CCTV or if you know who they are, please contact us as a matter of urgency.”

A 37-year-old man was charged on Sunday, November 14 with Mr Ali’s murder and the attempted murder of Mrs Walsh, a widow and mother of six.

Anyone with information is asked to call 101 quoting reference CAD 6423/12Nov. To remain anonymous, please contact the independent charity Crimestoppers on 0800 555 111.