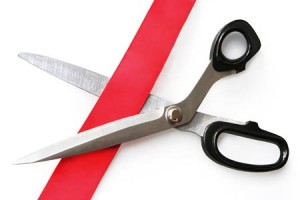 2022 sees the return of Nuno Mendes (best known for the very influential Viajante) who will be opening this restaurant that’s aiming to be a little slice of Lisbon transplanted to Fitzrovia. Expect his own take on Portuguese (tapas-like) petiscos and larger family-style Portuguese dishes. Hopefully, this will also see the return of his amazing custard tarts, still the very best we’ve ever tried (and we’ve tried a lot).

The original Frantzen in Stockholm is currently number six on the World’s 50 Best list, so there are extremely high hopes for whatever Björn Frantzén is planning for his upcoming restaurant at Harrods (the store is also planning for the opening of Lebanese restaurant Em Sharif soon). All we know is that it’ll be a “state-of-the-art flagship restaurant” – so we should get more details throughout the year (although if any of the restaurant openings on this list were to slip to 2023, we’d bet on this one).

2021 saw the closure of Chantelle Nicholsons Tredwells, but she’s returning in a big way in 2022 with the launch of Apricity. It’ll be similar in approach to her most recent pop-up in Hackney, with sustainability at the forefront. There will also be plenty of plant-based dishes, although it’s not a solely vegetarian menu – two tasting menus celebrate both the best of British veg and the best of British meat.

Previewed in 2021 on the rooftop of The Dorchester, Mexican-born chef Adriana Cavita is behind this year’s Mexican restaurant to watch. She trained at top restaurants that include El Bulli and Pujol, so we should be in for something quite special here – and we certainly like the idea of Tacos ‘Pastor’ with presa ibérica. The standalone mezcalaria in the basement, should also be worth a visit.

After residencies, pop-ups and even some damned good hot dogs delivered during lockdown days, John and Desiree Chantarasak are finally getting ready to open their first restaurant. Expect some of their most-loved dishes to make the cut – like their whiskey and soy-marinated Ibérico pork skewers and roasted chilli and tamarind ‘jaew’ dipping sauce – which is just amazing.

The first Din Tai Fung to open in London (at Covent Garden) was an instant hit, causing queues around the block. They’ve been threatening to open at Center Point ever since, but their second restaurant will actually be in Selfridges’ revamped 4th-floor dining space. Expect the xiao long bao soup dumplings to be on the menu (alongside the open kitchen where they’re made) and some exclusive dishes for Selfridges. Plus, if you have to queue, at least it won’t be out in the cold.

In an interview late last year, Richard Corrigan casually dropped that he was getting ready to open a restaurant in Camden’s new Hawley Wharf area – his first since the very popular Daffodil Mulligan. Details are on the thin side, but we do know that it’ll be taking over a rooftop area and we should expect: “a bakery, smokery and craft beers”.

More about Richard Corrigan’s next restaurant

With a reputation that suggests he’s more of a pastry god than a pastry chef, Cedric Grolet is opening his first patisserie outside of France in The Berkeley hotel. The big draw will be his famous fruit creations and his Flowers collection – both of which will inevitably be huge on Instagram and TikTok when it opens (although these pains au chocolate look bloody great too).

More about Cedric Grolet at The Berkeley

The Loulou Groupe are behind some very successful Parisian restaurants, including Loulou and Girafe, and this will be their first London opening – taking over a Grade II listed building in Mayfair. We’re yet to get an official announcement, but we do know they’re using the designer from their Parisian restaurants, Joseph Dirand (who’s also working on the Rosewood hotel that’s taking over the old US embassy).

Somewhat illustrating what kind of a 2021 we’ve all had, Manzi’s actually headed up our 2021 preview a year ago. We’re pretty sure it’ll be making an appearance this year though. It’s the latest from Corbin and King (Brasserie Zedel, The Wolseley) and promises to be a huge seafood restaurant in Soho (while restoring life to a classic restaurant name).

Another opening that was initially planned for 2021 (although they did launch a rather excellent delivery offshoot), a new Blacklock will be unveiled in Covent Garden this year. Their chops and cocktails are always reason for celebration and, as with all their restaurant launches, a new dessert will be unveiled alongside the piles of meat. This time it’s the turn of a huge ice cream sundae.

This is the next restaurant from the people behind The Oystermen, but this time it’s not just about seafood (although there will be plenty on the menu). It’s going to be all about British-inspired classics, with dishes including a Bloody Mary crab salad and pan roasted venison, smoked parsnip purée, roasted baby parsnips and parsnip crisps. AKA all the parsnips.

It’s been closed for almost two years (since the pandemic started) but Arcade Food Hall (previously called Arcade Food Theatre) is back in 2022, but now with JKS in charge (the people behind Gymkhana, Hoppers, BAO, Lyles and many more). There will be a whole new series of kitchens and although full details are still to be unveiled, we know they’ll include tapas, sushi, burgers, North Indian fast food, Thai curries and more – so it’ll be quite an eclectic bunch.

Tattu is one of a new breed of London restaurant groups – i.e. ones that have found fame and popularity all over the UK before deciding to open in London (see Mowgli and Six by Nico). It’s a Chinese-inspired restaurant with a focus on sharing dishes but the main draw here will be the look of the space. Each of their restaurants is extremely striking as you can see from this picture and, as they’re taking over the rooftop terrace of the Crossrail/Now Building at Tottenham Court Road, this one should look pretty special too.

There are a few really big hotels opening in London over the next couple of years, but Raffles at the OWO is leading the pack. Heading up the bars and restaurants here (there will be 11 of them!) is Mauro Colagreco from famed French restaurant Mirazur, which was at the top of the World’s 50 Best Restaurant list in 2019. He’s taking three of the dining spaces and we can expect a “brasserie with a twist”, a fine dining restaurant, and an “avant-garde” private Chef’s Table.

More about Raffles at the OWO

The George is somewhat unique on this list as it’s already opened as a pub. The menu they’re serving right now is just a stopgap until the real thing launches in February, however, and that will have Kitchen Table’s James Knappett behind it. With Kitchen Table just a 10 minute walk away, expect the chef to have a big hand in both the new pub menu and the new restaurant upstairs.

Opening: The restaurant opens in February 2022

More about The George

The Ledbury was one of the first casualties of the first lockdown back in 2020, with Brett Graham making a somewhat abrupt decision not to reopen. Ever since, however, there have been rumours of its reopening and now it seems like it’s actually going to happen.

More about The Ledbury

All the latest news on every upcoming London restaurant that’s going to be opening in the capital. The only Coming Soon list you need.

Cricklewood house used by Rachel Weisz up for sale